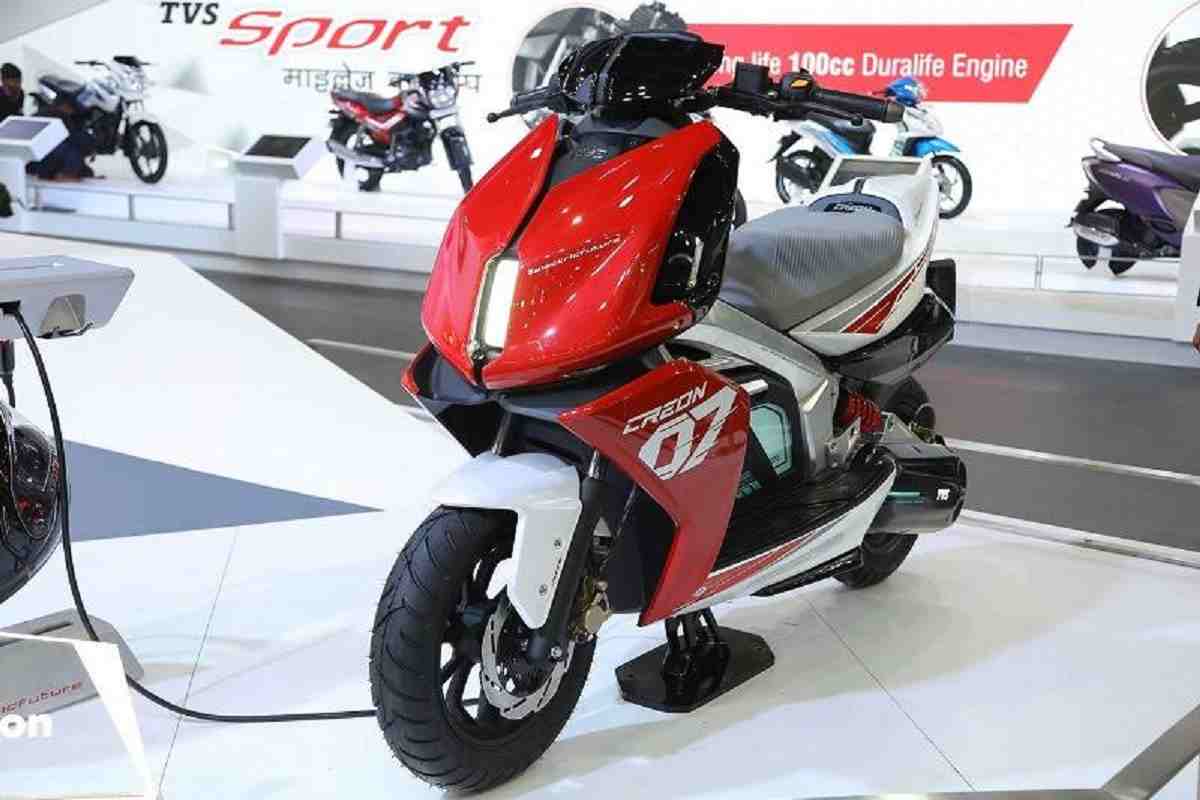 It is no secret that TVS Motor Company is readying an all-new electric scooter, which has been spotted for the first time. The scooter was spotted near the company’s production facility in Hosur. TVS had announced to unveil an all-electric vehicle before the end of financial year. It is expected that the new electric scooter is based on the TVS Creon concept, which was unveiled at the last edition of Delhi Auto Expo.

Going by the spy images, it is visible that the electric scooter gets a sharp front-end with a stepped apron like the TVS Creon. Other design highlights include front disc brake, telescopic suspension, a contemporary body design, roomy floorboard and upright riding position. The rear profile seems inspired by the Jupiter, featuring hub-mounted motor. It will directly rival the recently launched Bajaj Chetak.

The TVS Creon, which was unveiled at Auto Expo 2018, was equipped with a 3-state-of-the-art Li-ion batteries offering 12kW of instant power. The Creon was claimed to achieve 0 to 60kmph in less than 5.1 seconds and offers an electric range of 80km. This scooter can be charged up to 80% in just 60 minutes.