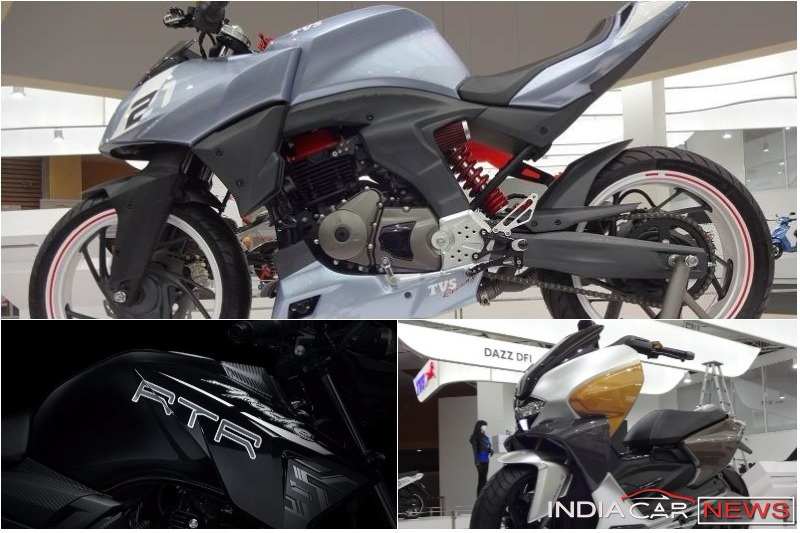 Here is the list of upcoming new TVS Bikes and scooters at the 2018 Delhi Auto Expo.

After launching the Apache RR 310S, TVS Motor Company is planning to give a new look to its existing Apache range. Besides, the homegrown automaker is also planning to enter into electric space with electric scooters. Additionally, TVS will also unveil several new concept bikes including the upgraded version of the X21 concept at the 2018 Delhi Auto Expo. Here we bring you a list of upcoming new TVS Bikes at Auto Expo 2018 – 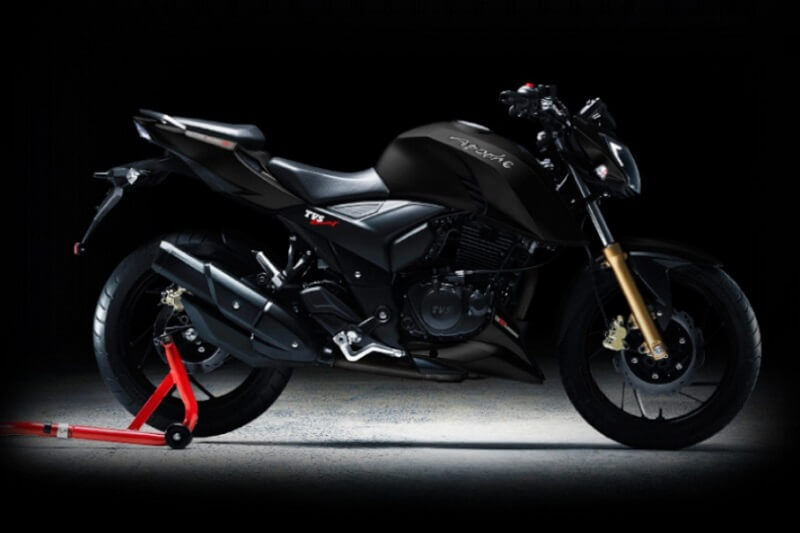 The first model in our list of upcoming new TVS Bikes at Auto Expo 2018 is the new 2018 Apache RTR 160. Testing of the motorcycle has already been commenced, as it has been caught testing several times on roads. The new model shares design cues from the Apache RTR 200 4V. Mechanically, the new RTR 160 is expected to remain unchanged. It will continue to feature the existing 159.7cc, single-cylinder engine producing 15.2bhp and 13.1Nm of torque. The new model is also likely to get ABS (Anti-Lock Braking System). The motorcycle will get new body panels, single seat layout, rear disc brake as optional, monoshock rear suspension unit and a dual barrel setup for exhaust canister. 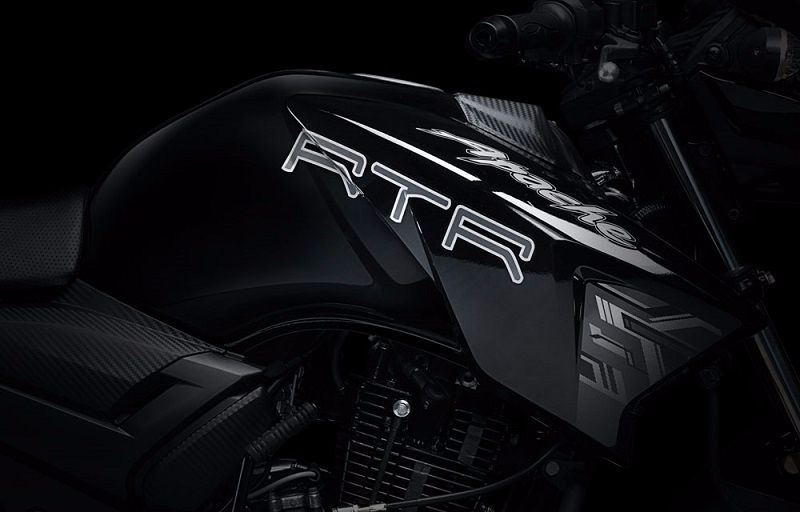 Besides new RTR 160, TVS Motor Company is also updating the Apache RTR 180 model. Like the smaller sibling, the new model will share design cues from the Apache RTR 200 4V. It is expected to be displayed alongside other TVS bikes at Auto Expo 2018. The motorcycle will get clear lens tail-lamps, digital instrument console, monoshock rear suspension, new fuel tank and exhaust canister, etc. It is expected to come with two seating arrangements – single and split. The new model will be powered by the existing 177cc, single-cylinder engine paired to a five-speed gearbox. This engine is good for 17.30bhp of power and 15.50Nm of torque. 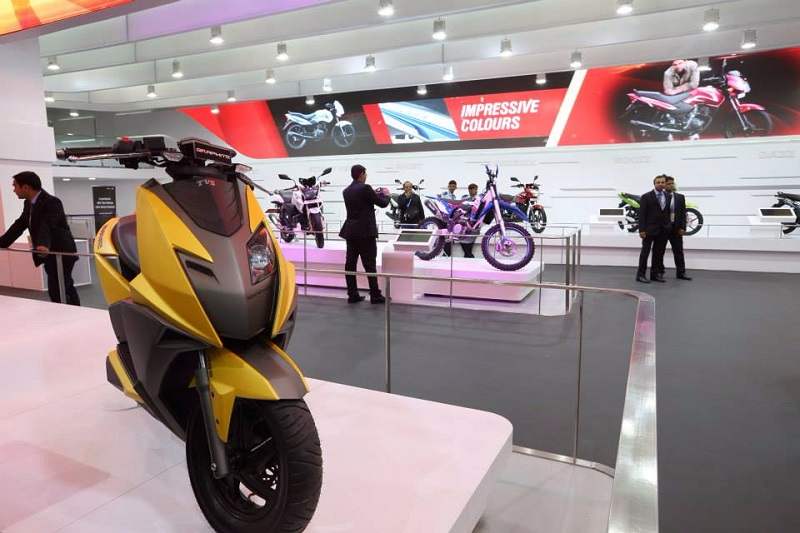 First unveiled at the 2014 Delhi Auto Show, TVS Graphite has been one of the most awaiting scooters in the country. After a wait of 4 long years, TVS has finally started testing the new scooters on Indian roads and is expected to debut with other new TVS bikes at Auto Expo 2018. It is unclear whether the new scooter will get a 125cc or 150cc engine. The scooter was captured in an interesting video recently. In the footage, the scooter was racing with the Aprilia SR150 and was seen doing over 100kmph. This suggests that this could be the most powerful TVS scooter in the country.

The homegrown two-wheeler automaker is working on an all-new electric scooter, which will be launched in the country in the first half of 2018. This full-sized electric scooters shares design and components with TVS existing scooter range. Details about the electric scooter are yet to be revealed. It is expected to be priced significantly higher the TVS Jupiter. 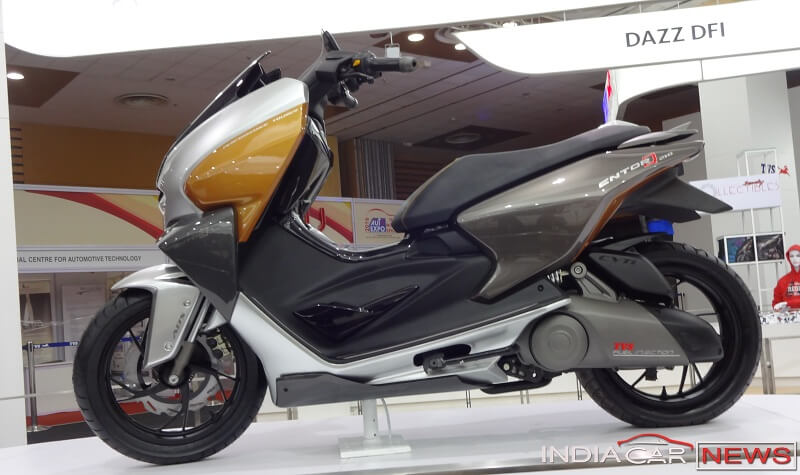 First showcased at the 2016 Delhi Show, the new Entorq scooter is likely to be launched in the country in the next few years. While the concept model was equipped with an all-aluminium 212.5cc liquid-cooled motor, the production-ready Entorq is likely to get a 125cc engine. This scooter will be launched as upmarket and premium scooter and will be equipped with several high-end features like intelligent smartphone integration with GPS navigation and a smart TFT multi-function console for internet connectivity. 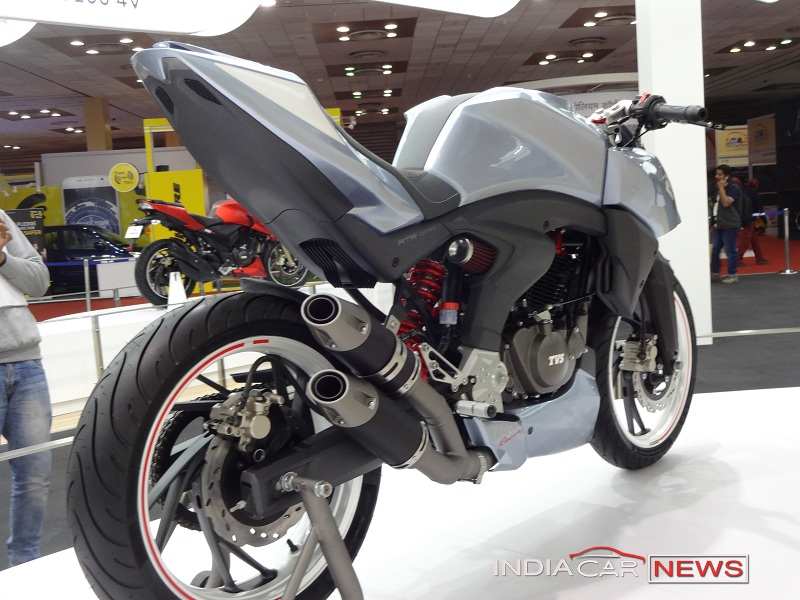 The next model in our list of upcoming new TVS Bikes at Auto Expo 2018 is the upgraded version X21 racing concept. This racing concept model was first unveiled at the 2016 Indonesia Motorcycle Show (IMOS) in Jakarta. The X21 concept is basically the racing version of the Apache RTR 200 V that is claimed to offer superior handling and rideability. Based on a compact and lightweight chassis with focus on low mass, the TVS X21 have a perfect blend of sharp edges and smooth lines. Powering the motorcycle is 212.4cc, 4-valve, single-cylinder engine benefitted with fuel injection system. This engine is tuned for higher revs, thus offering higher top-end power for track racing.