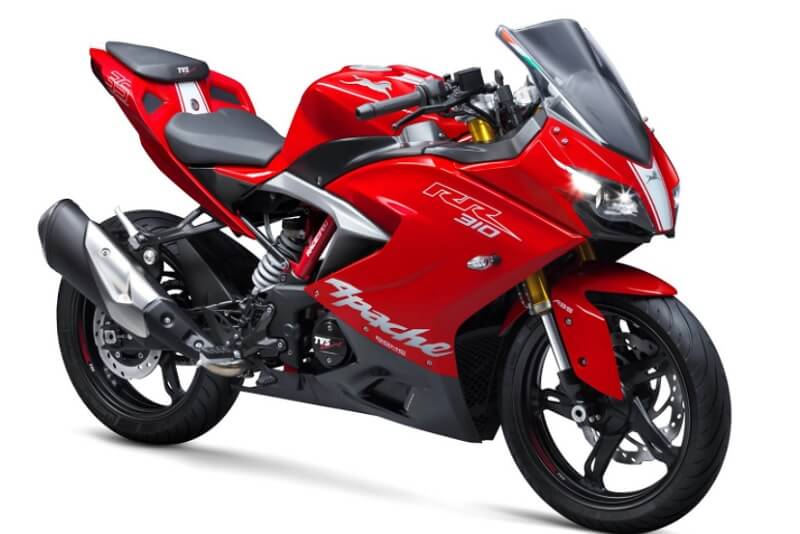 TVS, the homegrown automaker has finally entered into the 300cc segment with its first fully faired sportsbike, TVS Apache 300. Based on the Akula 310 concept unveiled at the Auto Expo 2018, the fully-faired motorcycle has been named TVS Apache RR 310. It also marks the company’s new RR range, which could also feature new bikes in the near future. This fully-faired motorcycle has been co-developed by TVS and TVS’s racing division.  This motorcycle is built on BMW-TVS alliance platform, which also underpins the BMW G310R.

The production-spec Apache 300 comes equipped with new dual LED headlamps, split seat and clip-on handlebars. Unlike the concept version, it lacks carbon fibre bodywork and features a slightly toned down design. The bike also gets switchable ABS (Anti-Lock Braking System). It features up-side down forks at front which have been finished in golden yellow colour. Powering the motorcycle is a 313cc, single-cylinder liquid-cooled engine that also powers the BMW G 310 R. Mated to a six-speed gearbox, this engine has been tuned for improved power delivery. This fully-faired motorcycle will take on the likes of KTM RC 390, Yamaha R3 and other 300cc models. Production of the motorcycle has already been commenced at the company’s Chennai based production facility. 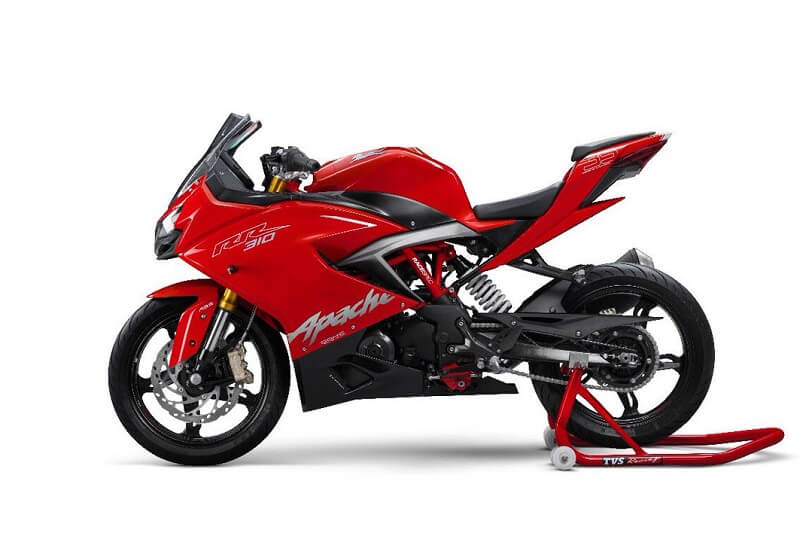 Besides sharing platform, the new Apache 300 also uses the same 313cc single-cylinder engine that also powers the BMW G310R. However, this engine has been tuned in tandem with fully-faired motorcycle characteristics. The 4-stroke, water-cooled engine is capable of producing 34bhp of power at 9,700rpm and 28Nm of torque 7,500rpm. Power is transmitted to the rear wheel via a six-speed gearbox. It is also the first Indian motorcycle to feature reverse inclined engine, which enhances the overall power delivery and performance. Also Read – TVS X21 Concept – All You Need To Know 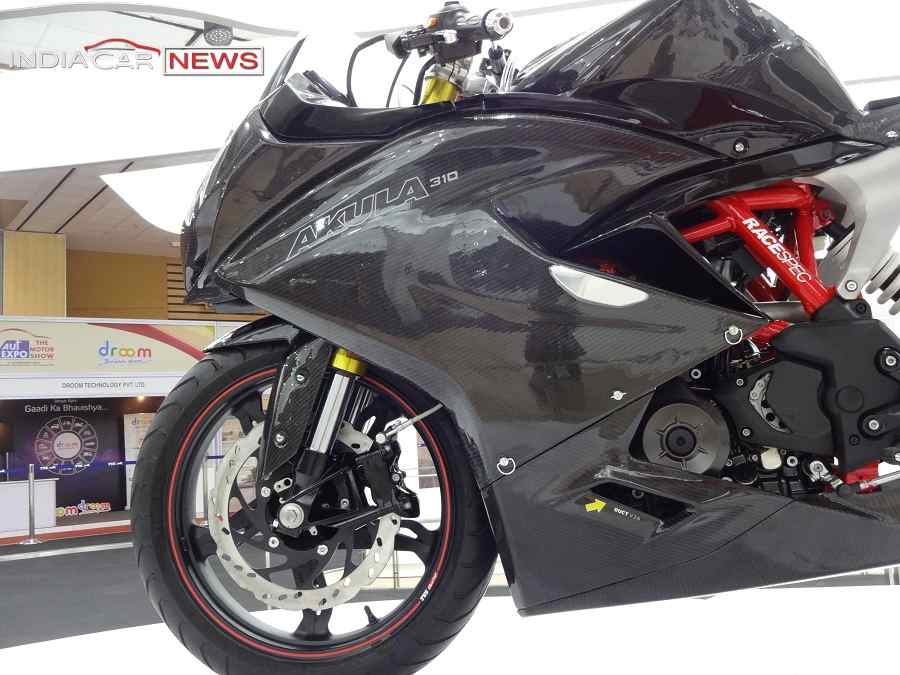 The company hasn’t revealed the mileage of this motorcycle. Being a 300cc sportsbike, it should return close to 30kmpl.

Developed on lighter and stronger trellis frame chassis, the new TVS Apache 300 is claimed to be one of the fastest motorcycle in its league. It is claimed to achieve 0-60kmph in 2.93 seconds and 0-100kmph in 7.17 seconds before hitting a top speed of 160kmph.

The production-spec model retains most of the styling bits from the concept version. However, design has been slightly toned down to make it road legal. The carbon fibre bodywork seen on the concept has been replaced by a cost-friendly alternative finished in matte black. Upfront is a split headlamps with LED daytime running lights and projector units. The split seat, digital instrument console, a tall windscreen and LED indicators are also available as a part of the kit. It is equipped with clip-on handlebar and a side-mounted muffler reminiscent of the G310 R. What stands out is the distinctly shaped taillamp at rear with LED units. 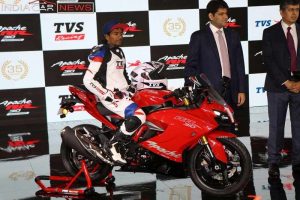 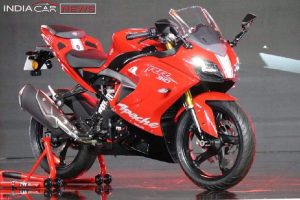 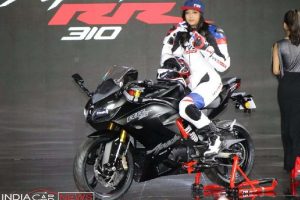 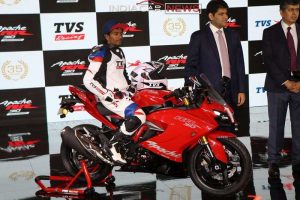 In line with its sportbike character, the upside-down forks get golden yellow finish. The 41mm units are borrowed from the BMW G310 R. The bike rides on 17-inch 5-spoke alloy wheels that are shod with 110-section front and 150 section rear Michelin tyres. It also has switchable ABS (Anti-Lock Braking System).

TVS Apache RTR 300 has been designed on the Akula 310 concept, which is a tribute to TVS Racing’s 33 years racing heritage. It will be TVS’s first fully-faired motorcycle co-developed with TVS’s racing division. The bike will share its platform, engine and several components with the upcoming BMW G310R.