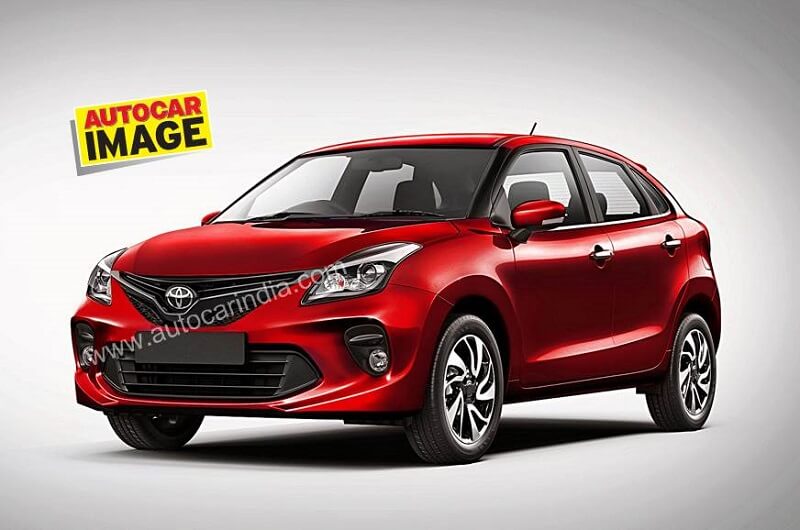 Internally codenamed A11, the new Toyota hatchback is reportedly to be launched in June 2019.

Toyota and Suzuki have joined hands to develop new products, platforms, EVs and technologies for the Indian as well as global markets. The first product under the new JV will come this year and it will be the re-badged Baleno hatchback to be sold under Toyota’s nameplate. Internally codenamed A11, the new Toyota hatchback is reportedly to be launched in June 2019.

The report further claims that various component suppliers for the Maruti Suzuki Baleno have started dispatching parts for the upcoming Toyota A11 hatchback. The new re-badged Baleno will be developed at the Toyota’s production facility in Bidadi, Karnataka. Also See – Toyota and Suzuki Partnership Explained – 5 Car Launches

Toyota is yet to start testing the upcoming A11 hatchback on the Indian roads. The report claims that the new model will look quite similar to the Maruti Baleno and is likely to receive cosmetic upgrades in the form of Toyota’s grille, re-worked bumpers and lights. The changes will be minimal in nature and the A11 is likely to carry the same interior as the Baleno hatchback.

The Toyota A11 hatchback is likely to come in petrol engine option only. The Maruti Baleno is available with 2 petrol engines – a 83bhp, 1.2-litre K-Series petrol and a 100bhp, 1.0-litre Boosterjet turbo petrol. The vehicle will soon receive the new 1.2-litre DualJet petrol engine with Smart Hybrid system. In fact, Maruti Baleno with new engine and hybrid system has been spotted testing in India. It is expected that Toyota might remove the higher variants of the Etios to avoid cannibalization.