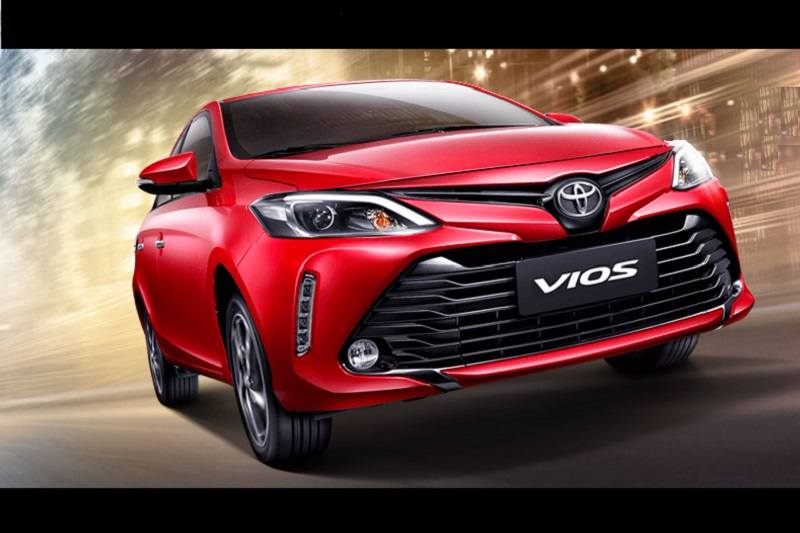 – Toyota Vios sedan will have its India debut at 2018 Auto Expo.

– The Vios will take on the Hyundai Verna, Maruti Ciaz and Honda City.

– The new Toyota sedan will come with both petrol and diesel engine options.

The Indian arm of Toyota Motor Corporation has released the first teaser picture of its upcoming mid-size sedan – the Toyota Vios. This new sedan will make its India debut on 7th February at the 2018 Auto Expo. The Japanese carmaker is already selling the Vios as Toyota Yaris Ativ in Thailand. However, it could be introduced with the Vios nameplate in India. In the premium mid-size sedan segment, the Toyota Vios will be pitted against the Honda City, new Hyundai Verna and Maruti Suzuki Ciaz. The company has already imported a few units of the vehicle for testing purpose.

The India-bound Vios will not as premium as the actual Vios available in international market. It will have a different set of features and engines for the Indian market. Measuring over 4.4 meter in length, the Vios is expected to offer segment-leading cabin space. Engine setup of the sedan might include a 1.5-litre Dual VVT-i petrol and a 1.4-litre diesel unit. Read – Upcoming Toyota Cars At 2018 Auto Expo 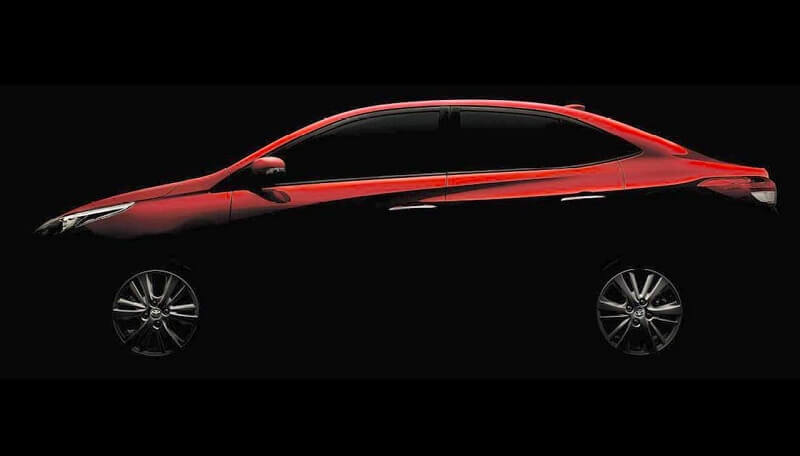 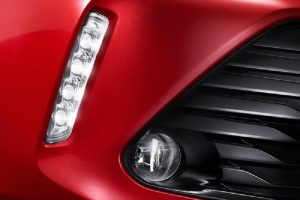 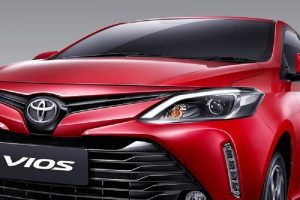 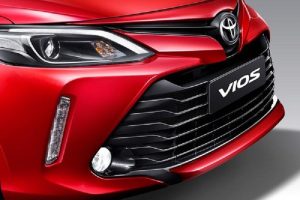 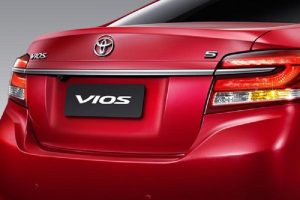 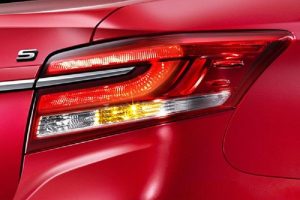 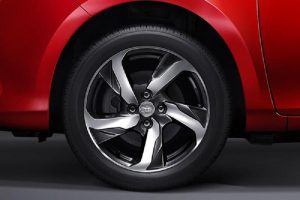 Ahead of its India debut, the Japanese automaker has dropped the first teaser of the Vios sedan revealing its sleek silhouette. The unveiling of the sedan will take place at the 2018 Auto Expo in Greater Noida. Toyota hasn’t yet announced its exact launch date and details, but media reports suggest that the sedan could be launched by mid-2018. To be more specific, it might see a release in April this year. Check Out: Upcoming Toyota Cars in India

In Toyota’s Indian product lineup, the Vios sedan will fit between the Etios sedan and the Corolla Altis. Its arch rival – Hyundai Verna witnessed a generation change in August 2017. While the Honda City facelift went on sale in February 2017, the Maruti Suzuki Ciaz will receive its first update by mid 2018. Aiming to take a lead over its competitors, Toyota will surely come up with competitive pricing. The high-level of localisation will help the carmaker to do so. While the entry-level model of the Vios sedan is estimated to be priced around Rs 8 lakh, the range-topping variant could be priced at Rs 12 lakh (ex-showroom). Read About: Toyota Innova Crysta Petrol 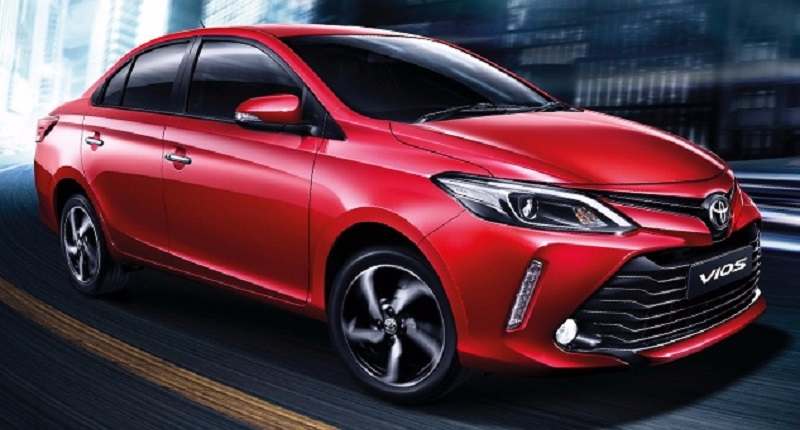 In India, Toyota will launch the low-cost Yaris Ativ, but with Vios nameplate. The India-spec version will be slightly different from the global Vios sedan, which is more premium than the ATIV. Toyota’s new mid-size sedan will share some of its design and styling cues with the new Corolla Altis and the Camry. At the front fascia, the sedan wears aggressive detailing such as new projector headlamps with LED light guide and LED daytime running lights, V-shaped chrome treated grille and round-shaped fog lamps. The sculpted bonnet and wider air-dam further enhance its sporty look.

Moving towards the side, the Toyota Vios features pronounced wheel arches with 16-inch alloy wheels. Design attributes such as rising shoulder line, pronounced wheel arches, tweaked C-pillar design, chrome ORVM caps, new shark fin antenna and supporting lines sharpen its side facet. Round the back, Vios gets wrap-around tail-lamps, a large bumper and a thin chrome strip running across the boot lid. The horizontal taillamps resemble to the Yaris hatchback.

In terms of proportions, the India-spec Vios will measure 4,425mm in length, 1,730mm in width and 1,475mm in height, which makes it around 5mm longer and 25mm wider than the global-spec Vios. Adding to it, the sedan will be 17mm shorter than the Honda City at 4,442mm in length. Wheelbase will be 2550mm, inferring comfortable space inside and the ground clearance will be between 160mm to 165mm. Boot capacity will be generous around 506-litres, offering enough space for storing luggage. Read About – New Toyota Fortuner SUV 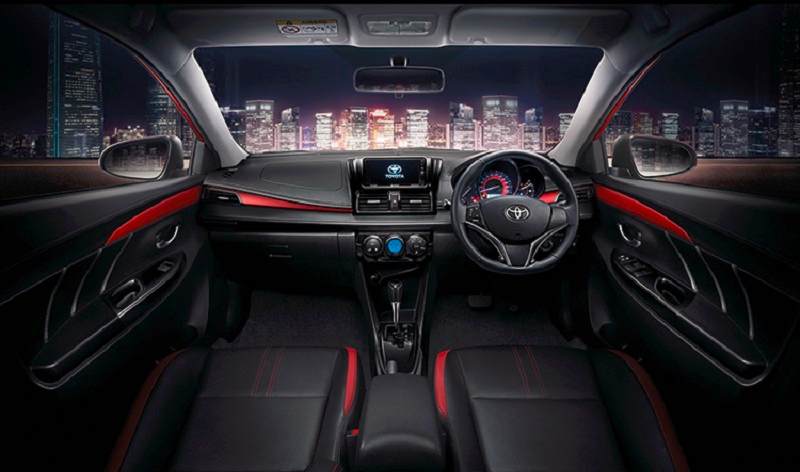 For the Thai market, the Vios is offered with a 2NR-FBE 1.5-litre, 4-cylinder Dual VVT-i engine that makes a maximum power output of 108bhp at 6000rpm against a peak torque of 140Nm at 4200rpm. All variants of the sedan get a CVT gearbox and front-wheel drivetrain as standard.

Engine details of the India-spec version will be revealed during its official unveiling at the Auto Expo. Though, it is likely to come with both diesel and petrol engine options. Powering the petrol model could be a 1.5-litre petrol engine that’s good enough for 105bhp and 140Nm of torque. This motor will be benefited with Toyota’s CVVT (continuously variable valve timing) or dual VVT-i (variable valve timing with intelligent) technology.

The gasoline unit is claimed to achieve the 0-100kmph mark within 12 seconds, while offering a top speed of 170kmph. In addition, Toyota could also spawn a small Atkinson cycle petrol engine paired with an electronic motor. On the other hand, the Vios diesel could source power from the 1.4-litre powertrain from the Etios and Corolla models. Transmissions for feeding power will include a 5-speed manual unit and a CVT. Read: Toyota Yaris Might Come To India 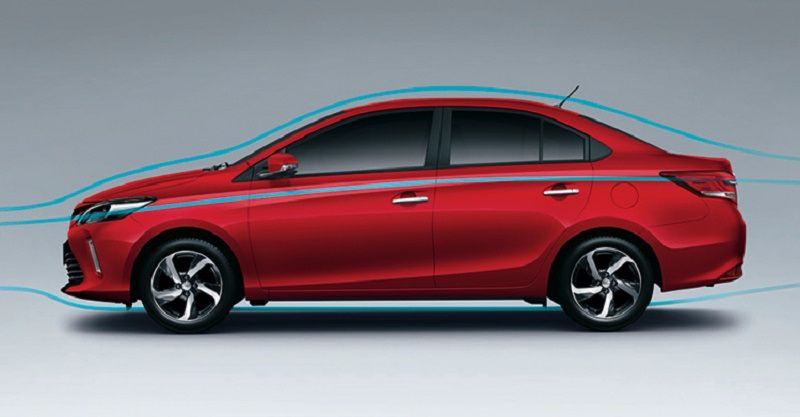 The gasoline unit is claimed to achieve the 100kmph mark within 12 seconds while maintaining a top speed of 170kmph. In addition, Toyota could also spawn a small Atkinson cycle petrol engine paired with an electronic motor. On the other hand, the Vios diesel could source power from the 1.4-litre powertrain from the Etios and Corolla models. Transmissions for feeding power will include a 5-speed manual unit and a CVT.

Joining the likes of Honda City, Hyundai Verna and Maruti Ciaz, Toyota Vios is likely to return decent fuel economy. The estimated mileage for the petrol variant is rated between 15 to 16kmpl as against the diesel version expected to deliver between 21 to 22kmpl. Read – Toyota CH-R Crossover Looks Stunning

Measuring over 4.4 meter in length, the new Vios mid-sized sedan is expected to offer high legroom, headroom and shoulder space for both front and rear occupant. The sedan will have a boot space of around 506-litres, which is more than sufficient to tackle 4-5 suitcases. It will also come with several cubby holes to keep your belongings along with a larger glovebox.