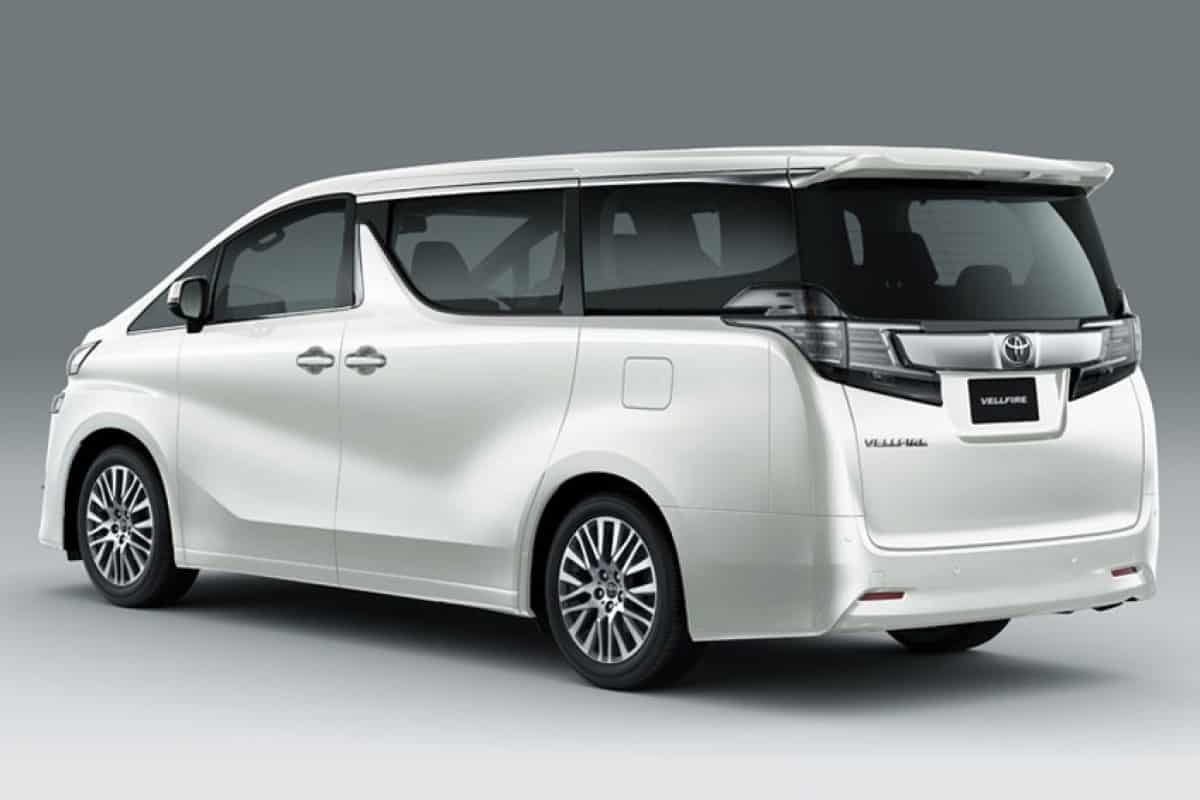 Toyota Vellfire luxury MPV is ready to hit Indian roads in coming weeks. Unofficial bookings of the vehicle have already commenced at select dealerships at a token sum of Rs 5 lakh. Deliveries, however, are reported to begun by March, 2020. Ahead of its official launch, the variant, colour, feature and engine details of the Vellfire have leaked on the web.

According to the leaked brochure scan, the Toyota Vellfire will be offered in a single XLOUNGE grade packed with a BS6-compliant 2.5L petrol engine with two electric motors. The combined power output of the self charging hybrid powertrain stands at 197PS. The luxury MPV will have an e-CVT automatic gearbox to perform transmission duties. Read – BS6 Toyota Fortuner Coming Soon

With respect to features, the Toyota Vellfire will offer several comfort goodies including powered extendable Ottoman full recline seat and rear seat entertainment screen with 17 speaker JBL audio system. It will also come with a 360 degree camera, a twin moonroof and power side and back doors.

Reports suggest that the carmaker will initially offer the Vellfire with 6-seats configuration. The 7 and 8-seater version of the luxury MPV might come later. Read – All-New Toyota Compact SUV Confirmed

In India, the Toyota Vellfire will be imported as a Completely Built Unit (CBU) under the government’s new homologation norms that allows a carmaker to import 2,500 units annually without any local homologation process.

Price of the Vellfire MPV is estimated to be around Rs 75 lakh – Rs 80 lakh (ex-showroom). If launched at this price point, it will be put up against the Mercedes V-Class MPV. More details on the Toyota’s upcoming luxury MPV will be revealed in coming days. Stay tuned to IndiaCarNews.