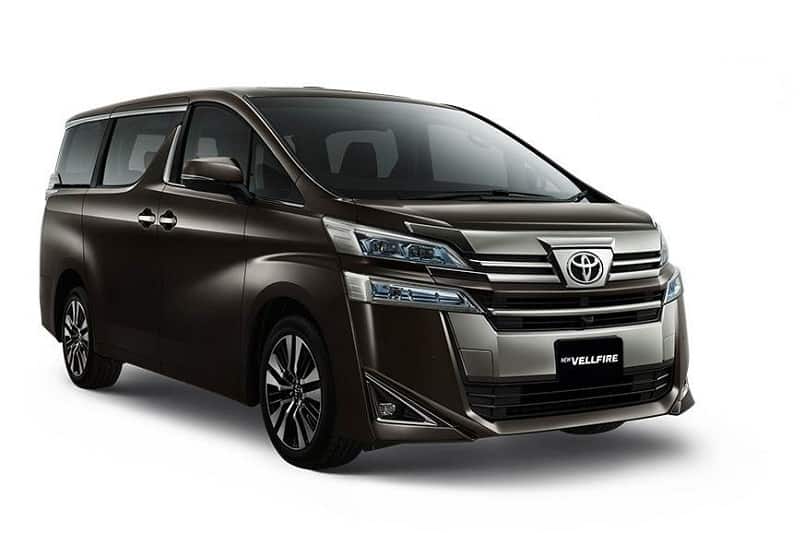 Toyota Vellfire, which is a sportier version of the Alphard MPV, was recently showcased at a private event in Bengluru. According to Autocar, the Japanese carmaker will launch the Vellfire with 6-seats layout in October, 2019. This luxury MOV will come to India as a CBU (Completely Built Up) unit under the new homologation norms. Just so you know, the Indian government has allowed car manufacturers to import up to 2,500 units annually without any homologation.

Compared to the Alphard, the Toyota Vellfire carries some sporty design bits such as split LED headlamps with DRLs, revised front grille, new bumper and fog lamps with triangular housing. Save for the all-black interior theme, the Vellfire looks exactly similar to the Alphard from inside. Dimensionally, both MPVs measure the same. Though, the Vellfire is slightly longer (by 10mm). Read – Toyota To Launch Over 12 New Cars In India

The global-spec model of the Toyota Vellfire features a 7.0-inch touchscreen infotainment system, a 10.2-inch entertainment display for rear seat passengers and a 360 degree surround view camera. However, there is no clarity whether the India-spec model will offer these features or not.