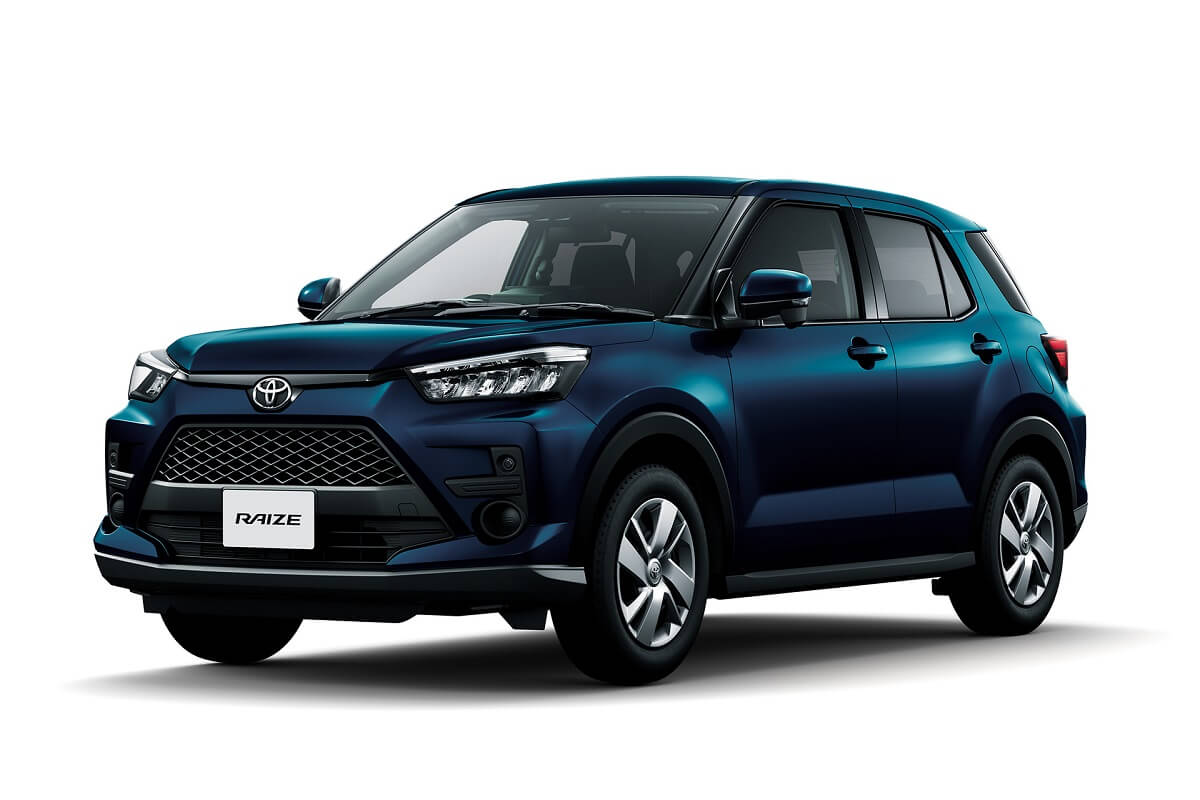 The much-awaited Toyota Raize compact SUV has been finally launched in the Japanese market. The new Raize measures less than 4 meters in length and is the first compact car produced by Daihatsu to incorporate its next-gen platform – DNGA. It is available in 4 trim levels – X, XS, G and Z. The Toyota Raize is priced at 1,679,000 yen (Rs 10.94 lakh) and 2,060,000 yen (Rs 13.42 lakh) for the top-spec model.

The new Toyota Raize compact SUV measures 3,995mm in length, 1695mm in width and 1620mm in height, which are exactly similar to the Daihatsu Rocky SUV. The SUV rides on large 17-inch wheels. It comes with 369-litres of boot space, which can be further increased by folding the rear seats. In addition, there are storage solutions located throughout the cabin, resulting in a highly convenient interior space.

The new Toyota Raize compact SUV is powered by a 1.0-litre 3-cylinder turbocharged petrol engine that also powers the Daihatsu Rocky. This engine is capable of producing 98bhp of power and 140Nm of torque. The petrol engine is paired to a CVT gearbox, while a 6-speed manual gearbox will be offered on a later stage. The Raize comes equipped with the latest Smart Assist safety features including the Crash Avoidance Braking Function, which is capable of detecting both vehicles and pedestrians, and the Erroneous Start Prevention Function with braking control.

The Raize is equipped with a large 9-inch touchscree infotainment system which is compatible with SmartDeviceLink and Apple CarPlay. Suspension mechanism of the compact SUV comprise of MacPherson struts at the front and torsion beams at the rear. The 2WD models of the SUV offer 18.6kmpl of fuel efficiency, while the 4WD variant returns 17.4kmpl.