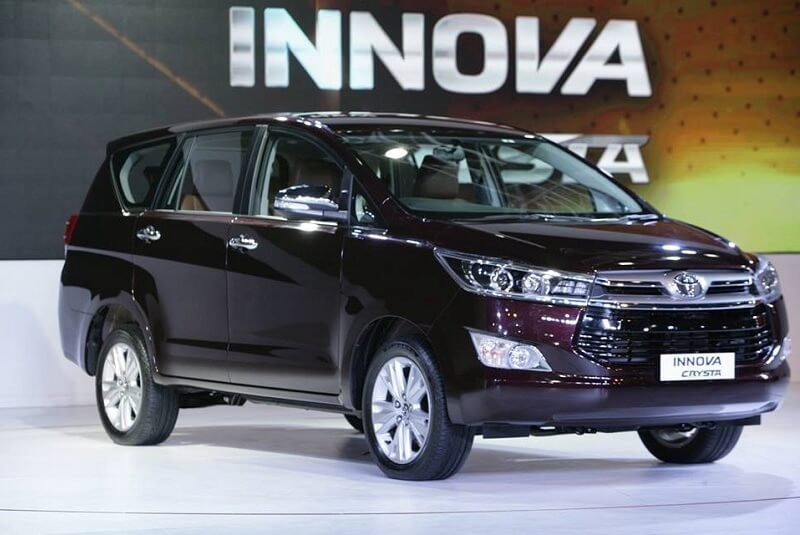 Launched on 8th August 2016, the Toyota Innova Crysta petrol has received over 15,000 bookings so far. Available in a total of 6 variants, the Crysta petrol is priced in the range of Rs 13.72 lakh – Rs 19.62 lakh (ex-showroom, Delhi). Since the ban on diesel cars above or equal 2000cc vehicles in Delhi-NCR ends, buyers of the national capital are also able to purchase diesel version of the car. Similar to its diesel version, the petrol variants too are being produced at the company’s Bidadi plant in Karnataka.

Akito Tachibana, Managing Director of Toyota Kirloskar Motor said, “The Innova is an iconic brand and has long established itself as the number 1 MPV in the Indian market. This can be further reiterated with the overwhelming success of the new Innova Crysta which was launched earlier this year. Often referred to as the segment creator, the brand Innova has proved itself again by being the first in the segment to offer a vehicle with a petrol variant. At Toyota, we are constantly striving to make our products even better catering to the varied and changing needs of our customers. We are confident that the new petrol variant of the Innova Crysta further reiterates Toyota’s commitment to the Indian market and will add to customer delight.”

“Toyota has always been driven by the ‘Customer First’ philosophy and it is because of this underlying philosophy that we are constantly striving to make our products better so that we can cater to the varied needs of our customers. We felt, one such need existed for our customers who wanted a MPV with a petrol engine and the Innova Crysta is the first in the segment to meet this requirement. We are confident that the Innova Crysta petrol will be equally successful in continuing the legacy that the iconic brand Innova has created in the Indian MPV market.”, said N. Raja, Director & Senior VP (Sales & Marketing), Toyota Kirloskar Motor Pvt. Ltd

One can pre-book the Innova Crysta petrol at a fixed token amount of Rs 1 lakh. 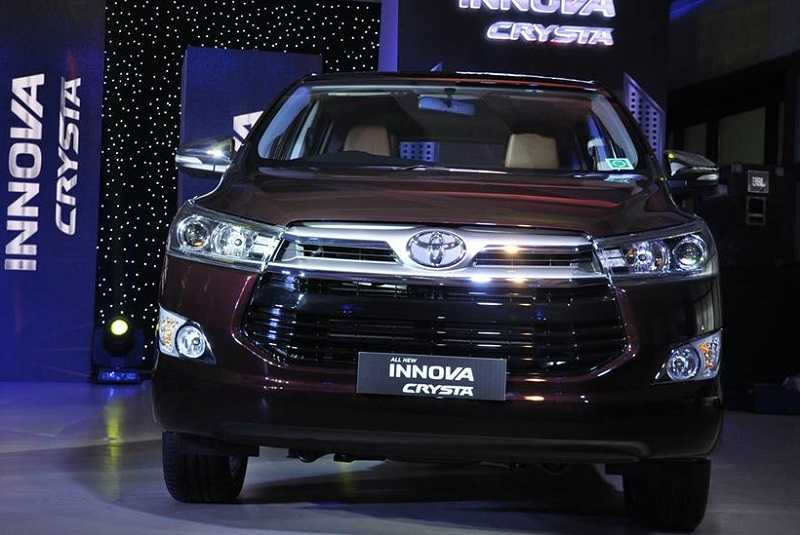 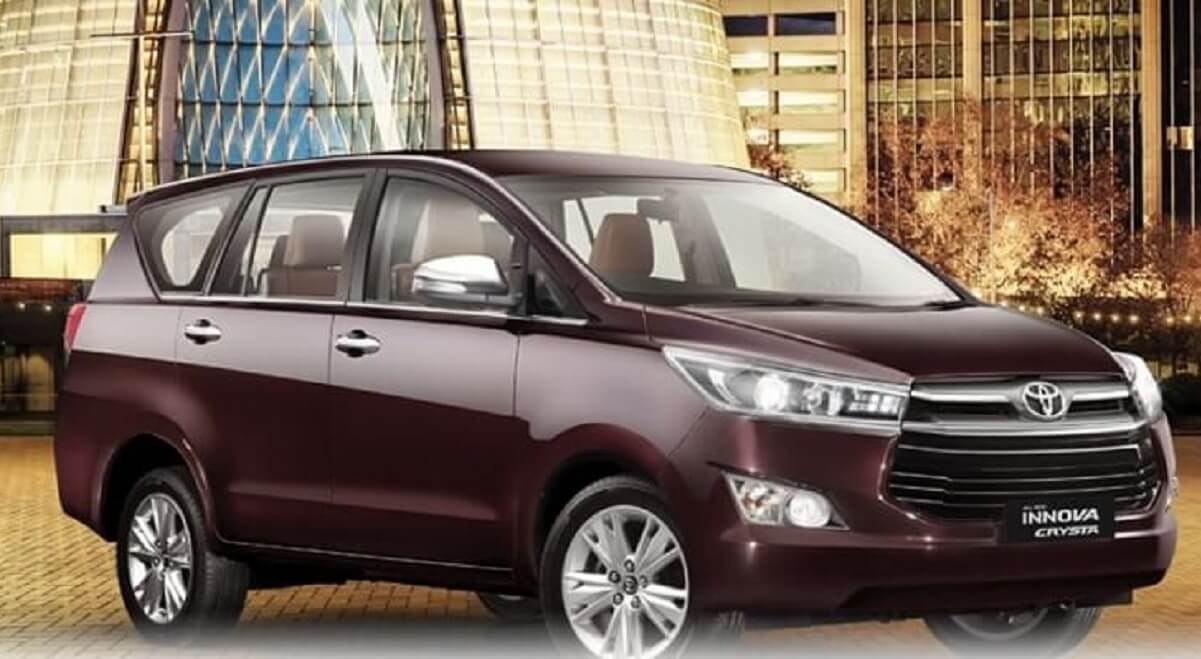 Design and dimensions of the Innova Crysta petrol remain similar to its diesel counterpart. The entry-level G and mid-level V trims are equipped with 16-inch alloy wheels and 205/65 R16 tyres, while the top-of-the-line Z trim comes fitted with 17-inch alloys and 215/55 R17 tyres. The petrol model’s interior too is identical to the diesel model. The base trim is available with both 7 and 8 seats options. Whereas, the V and Z trims are offered only with 7-seat layout.

The V trim has a touchscreen infotainment with six speakers, driver seat height adjust, auto up-down windows and keyless entry to offer, while the base trim is devoid of them. Features like a touchscreen infotainment with navigation system, leather seats with driver seat electric adjust, 7 airbags, cruise control, stability control and hill start assist are exclusively offered on the top-end Z trim.

The Toyota Innova Crysta petrol is powered by a 2.7-litre four-cylinder petrol engine with Dual VVT-i technology that also does duty in Indonesia-spec model. This gasoline unit develops a maximum power output of 166bhp at 5,200rpm and a peak torque of 245Nm at 4,000rpm. The base trim G comes with both 5-speed manual and 6-speed automatic transmission, while the V and Z trims get a 5-speed manual and a 6-speed automatic gearbox respectively.