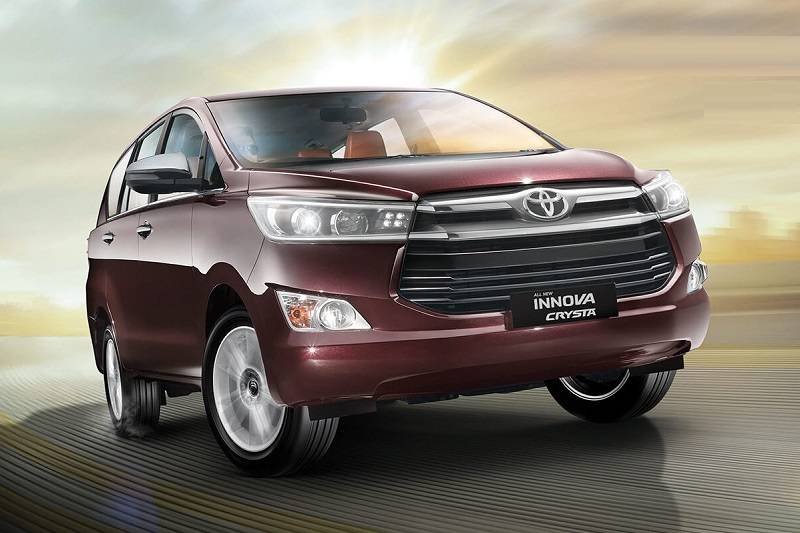 Unlike the G trim that’s offered on made-to-order basis and targets fleet market, the new Innova Crysta G Plus variant will be retailed for both private and fleet customers. The new model is available with a 2.7L Dual VVT-i diesel engine paired to a 5-speed manual gearbox. The oil burner makes a maximum power output of 163.7bhp at 5200rpm and 245Nm of torque at 4000rpm. Read – Toyota To Launch 2 New MPVs In India

The Toyota Innova Crysta G Plus comes loaded with features such as halogen headlamps, 16-inch alloy wheels, a rear spoiler, AC vents, three row seat, rear parking sensors and airbags. Though, it misses out on some features including rear defogger, an audio system and centre armrest for the second row seats. One must note that the Toyota Innova Crysta G Plus is not available in Pearl White and Red colour schemes. Read – New Toyota Compact SUV Under Development

Currently, the Toyota Innova Crysta MPV carline is available with petrol and diesel powertrains. Prices of the petrol variants start from Rs 14.83 lakh and go up to Rs 20.88 lakh, while the diesel models are priced between Rs 15.95 lakh – Rs 22.19 lakh. All prices are ex-showroom, Delhi.