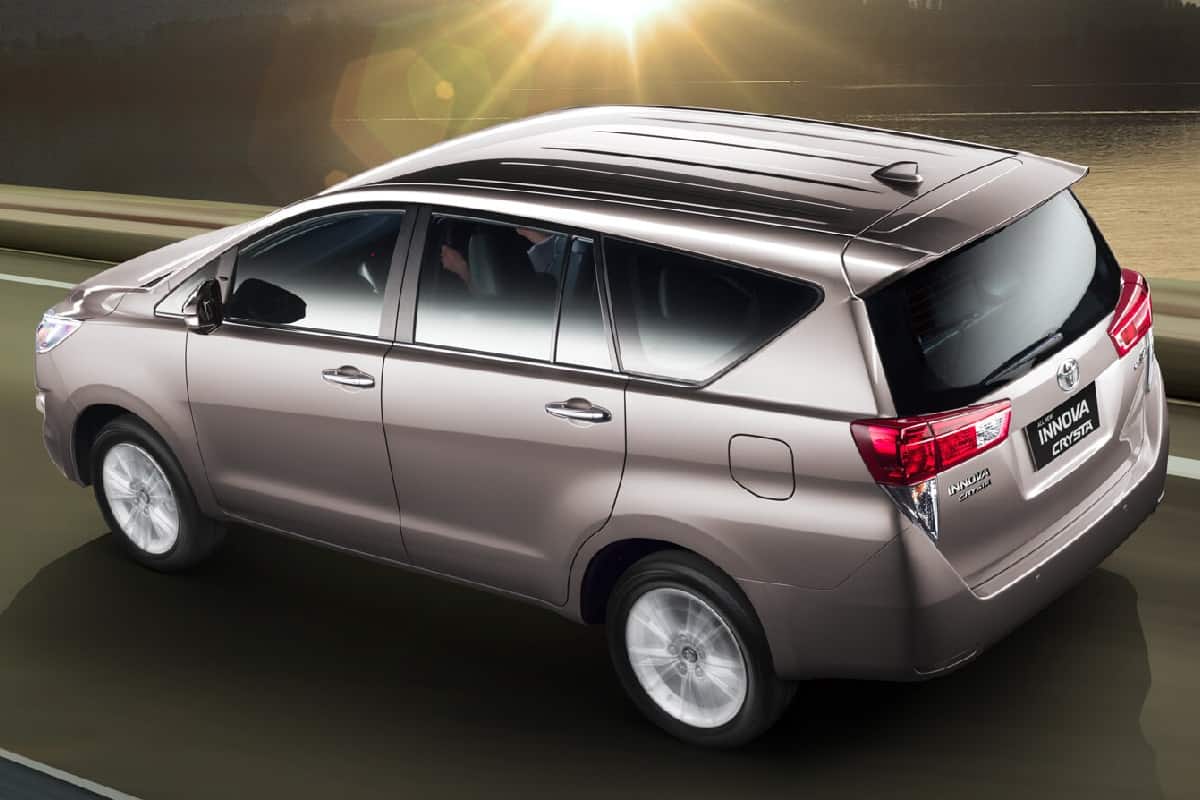 BS6 Toyota Innova Crysta CNG variant was recently caught on camera during its test rounds in Gugugram. The new bi-fuel version of the MPV will see a release in late 2020. It’s likely to get a 2.7L dual VVT-I petrol engine with a CNG kit, paired to a 5-speed manual gearbox. Read – New Toyota Compact SUV Launch Confirmed

The power output of the Toyota Innova Crysta CNG could be slightly lower than the regular petrol and diesel variants. It will come as a slightly affordable option for the fleet operators.

A few days back, the carmaker rolled out the BS6-compliant Innova Crysta petrol and diesel models. While the petrol variants witnessed a price hike by up to Rs 43,000, the diesel versions got costlier by up to Rs 1.12 lakh.

The company has already confirmed that these are introductory prices and will be increased further. Currently, the BS6 Toyota Innova Crysta petrol comes in the price range of Rs 15.36 lakh (GX 7-seat) – Rs 22.02 lakh (ZX AT Touring Sport). Prices of the diesel model start from Rs 16.14 lakh for the G 7-seat variant and go up to Rs 24.06 lakh for the ZX AT Touring Sport variant.

With the BS6 upgrade, the Japanese carmaker has scrapped out the 2.8L diesel engine from the MPV lineup. Now, the Toyota Innova Crysta comes with a 2.7L dual VVT-I petrol and a 2.4L diesel engines generating power worth 166PS with 245Nm and 150PS with 360Nm respectively. Read – Toyota C-HR SUV Might Come To India

The petrol variants can be had either with a 5-speed manual or a 6-speed manual gearbox. The diesel models, on the other hand, come with a 6-speed automatic transmission.