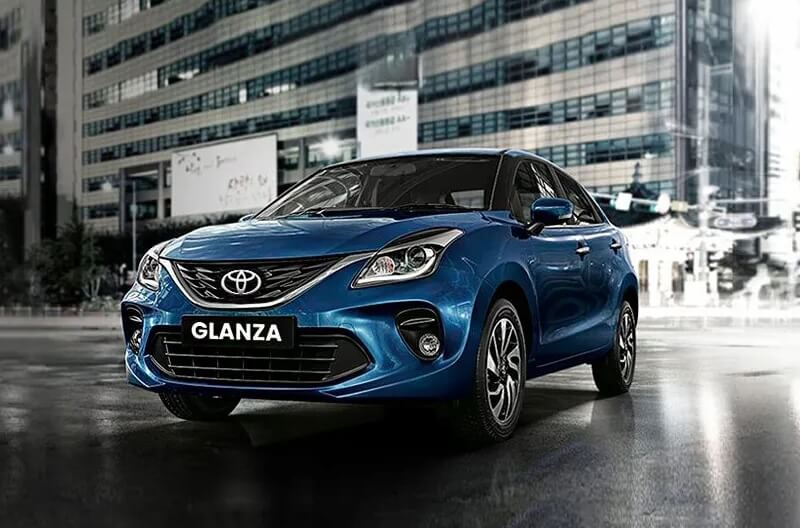 The Toyota Glanza will be offered in a single petrol engine option.

Toyota has recently released the first teaser image of the upcoming premium hatchback, which is called the Toyota Glanza. Scheduled to be launched on June 6, 2019, the Glanza premium hatch is based on the Maruti Baleno. This will be the first model from Toyota and Maruti joint venture in India.

It is expected that the badge-engineering job is limited to just re-badging. In fact, the teaser video also shows that the hatchback gets the same tail-lamps, alloys and other features as the Maruti Baleno. The Toyota Glanza hatchback will only be available in petrol version. It is likely to be powered by a 1.2-litre DualJet engine with a mild-hybrid system. This BSVI compliant engine is capable of producing 82bhp of power and 113Nm of torque. Transmission options will include a 5-speed manual and a CVT automatic. The Maruti Baleno is available in 3 engine options – a 100bhp, 1.0-litre Boosterjet, a 83bhp, 1.2-litre petrol and a 74bhp, 1.3-litre DDiS diesel.

Not just exterior, the Toyota Glanza will have similar interiors and features as the Maruti Baleno. The hatchback is likely to be offered in two versions – a mid-spec G and the fully-loaded V. The Glanza is expected to be priced slightly higher than the Baleno. The company is aiming to sell around 2,000 units of the hatchback per month.

The Toyota Glanza will have dual front airbags, ABS with EBD, brake assist, rear parking sensors, seat belt reminder and speed alert as standard safety features. Similar to the existing Toyota cars, the upcoming Glanza is expected to come with a standard 3 year/ 1 lakh km warranty. It is the first product from the Toyota and Suzuki joint venture in India. Apart from the Glanza, Toyota will also launch the re-badged Ciaz, Ertiga and the Vitara Brezza in India. Adding to it, the two are also developing an all-new C-segment MPV.