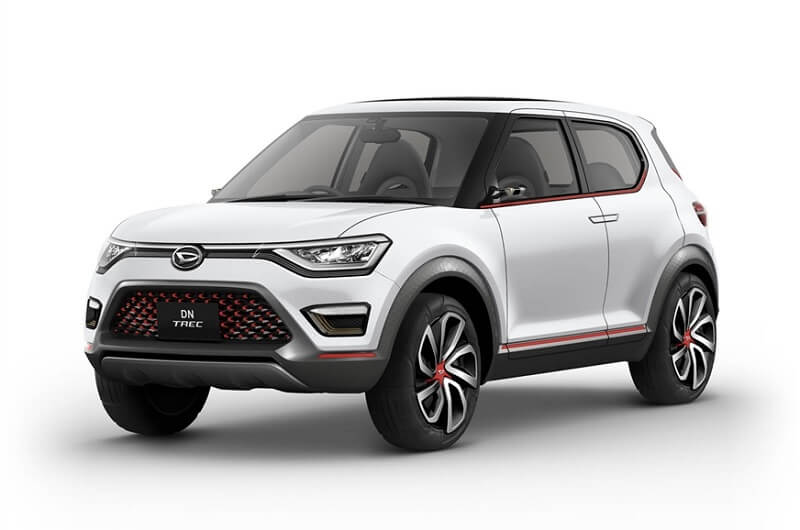 We informed you earlier that Toyota is working on a sub-4 meter SUV, which is expected to be unveiled in November this year. A new media report claims that Daihatsu will unveil the production version of the DN Trec. What’s interesting is that the Daihatsu DN-Trec will also have a Toyota sibling, similar to that of the Toyota Rush and Daihatsu Terios.

Codenamed Toyota A-SUV, the new mini SUV will be based on the DN Trec. Both the Daihatsu and Toyota versions of the SUV expected to be introduced to the Japanese public on November 5, 2019. Both these models will make global debut at the 2019 Tokyo Motor Show in November. The production version of the DN-Trec will be produced by Daihatsu. Toyota will re-badge the new model and sell in some markets.

If media reports are to be believed, the Toyota A-SUV will measure around 3,995mm in length, 1,695mm in width and 1,620mm in height. The SUV is expected to come with a wheelbase of 2,525mm. In terms of proportions, the new Toyota SUV will be longer and wider than the Suzuki Jimny.

The Toyota A-SUV and the Daihatsun DN-Trec expected to be powered by a 1,000cc 3-cylinder turbocharged petrol engine. This engine churns out 98PS of power at 6,000rpm and 140Nm of torque between 2,400 to 4,000rpm. Power is transmitted to the wheels via a CVT automatic unit. The mini SUV will come with front-wheel and 4-wheel drive layout. The twin SUV is also expected to receive the next generation Smart Assist.

The production version of the compact SUV will source the rugged styling elements from the DN-Trec concept. Features like LED headlamps, LED fog lamps, black roof and black cladding all around the body will be on offer. The new SUV will directly rival the hugely popular Suzuki Jimny in some international markets.