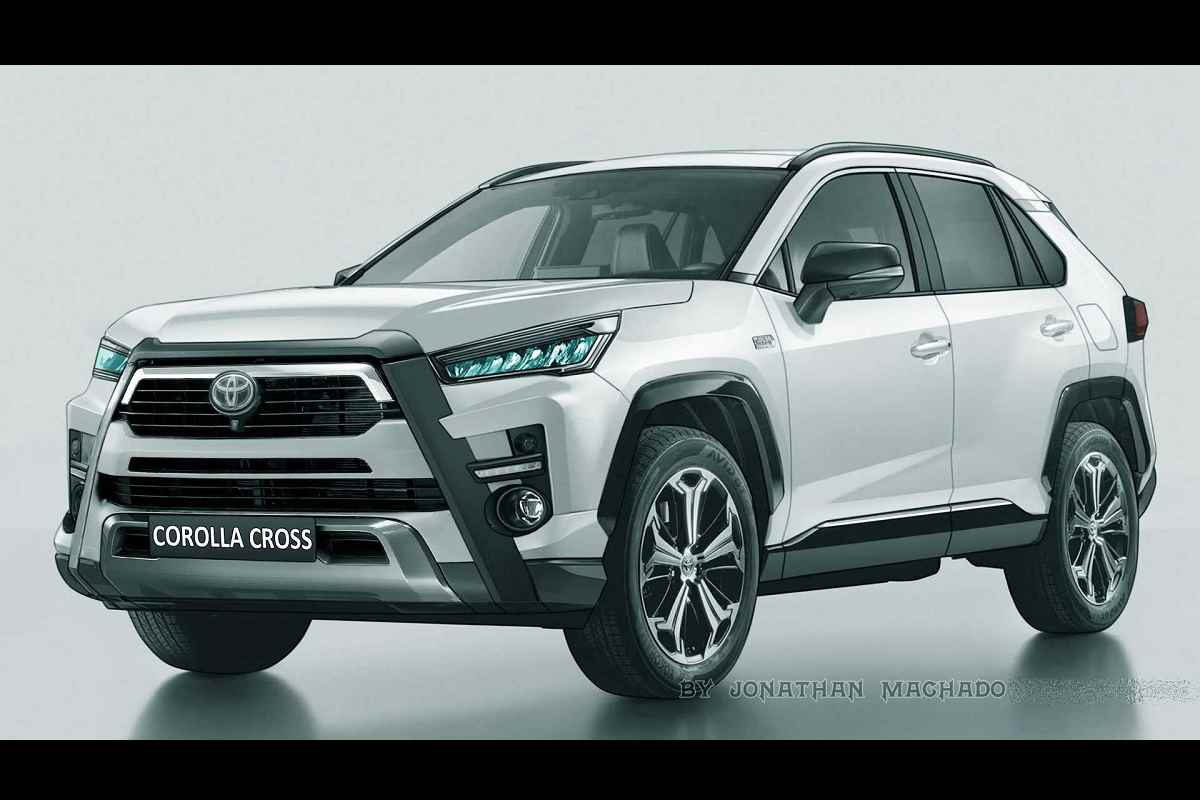 We reported earlier that the Corolla Cross is rumoured to make global debut on July 9, 2020. Now, Toyota Thailand has released a new teaser video on its Youtube channel that confirms a new SUV to be introduced tomorrow. The teaser shows the silhouette of the car and there is no new information about the vehicle; however, it is reported that the new model will be the Toyota Corolla Cross.

The Toyota Corolla Cross will be designed and developed on the TNGA-C platform that also underpins the new-gen Corolla Cross and the Toyota C-HR. The SUV has already been spotted testing in Thailand. It features a conventional design, while the C-HR has more adventurous and flashy crossover-like styling.

The Toyota Corolla Cross is rumoured to be equipped with the new 1.8L 2ZR-FBE, 4-cylinder engine producing 140bhp and 175Nm of torque. The vehicle will also receive a hybrid version of the 1.8L petrol engine coupled to an electric motor. This powertrain produces 122bhp and 163Nm of torque. Power will be transmitted to the front wheels via a CVT automatic transmission.

The mid-sized SUV will take on the likes of the Honda HR-V and Jeep Compass. Previous media reports claim that the upcoming Corolla Cross will be offered in 4 variants – 1.8 Sport, 1.8 Hybrid Smart, 1.8 Hybrid Premium and 1.8 Hybrid Premium Safety. Dimensionally, the SUV is 4,460mm in length, 1,825mm in width and 1,620mm in height and has a wheelbase of 2,640mm. The SUV is reportedly to have a ground clearance of 161mm.

The Corolla Cross is rumoured to be the affordable version of the RAV4 SUV. It also shares the styling cues from the RAV4. Going by the spy images, it is visible that the SUV gets trapezoidal-shaped front grille, LED running lights in horizontal layout, RAV4-like rear profile and black plastic cladding all around the SUV.