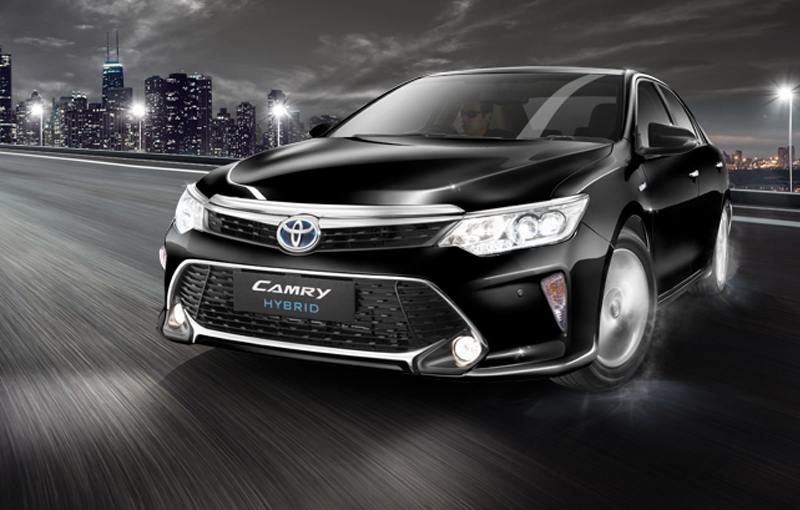 Toyota Kirloskar Motor (TKM), the Indian subsidiary of the Japanese carmaker, has reduced the price of its premium saloon – Toyota Camry Hybrid – in Delhi by Rs 2.3 lakh. This price reduction is due to the slashed Value Added Tax (VAT) on hybrid and electric cars in Delhi that the state government had announced in its budget for 2016-17. In Delhi, VAT on hybrid vehicles was brought down to 5 per cent from 12.5 per cent in this year’s budget.

These vehicles already enjoy lower excise duty under the Government of India’s FAME (Faster Adoption and Manufacturing of Hybrid and Electric Vehicles in India) scheme.

The Toyota Camry Hybrid has now become Rs 2.3 lakh more affordable than before. As per the revised price the saloon’s hybrid version is now available at Rs 30.9 lakh (ex-showroom, Delhi). Just so you know, Maruti Suzuki India has alsp reduced prices of the Ciaz and Eritga SHVS models in Delhi by up to Rs 69,000 and Rs 62,000 respectively.

The Toyota Camry Hybrid is powered by a 2.5-liter four-cylinder VVT-i engine, paired to a 6.5 Ah nickel-metal hybrid battery pack. This power mill, with an E-CVT transmission, delivers a combined power out of 202.1bhp. The permanent magnet synchronous electric motor solely offers 141bhp with 270Nm of torque. On the other hand, the Toyota Camry Petrol features a 2.5-litre, four-cylinder DOHC, dual VVT-i engine mated to a 6-speed automatic gearbox with sequential shift.  This powertrain produces 178.5bhp at 4,500rpm against 233Nm at 4,100rpm.

Toyota Camry Hybrid, currently, accounts 90% of the saloon’s total sales in the country. The Camry Hybrid registered sales of 419 units in January-April 2016, while the regular petrol version recorded 44 units sales for the same duration.