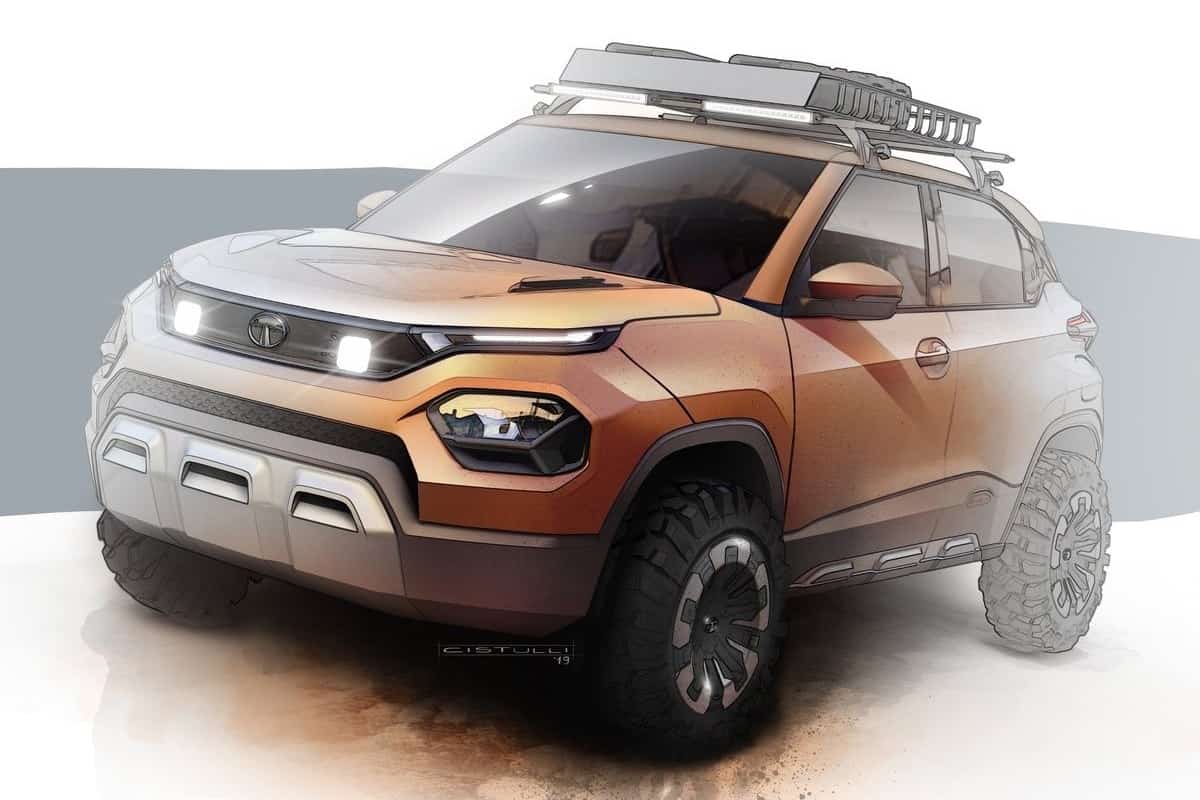 Tata Motors has a handful of new products for the Indian market. The carmaker will bring in several new vehicles in different segments along with upgrading its existing product lineup in the next 2-3 years. With an aim to strengthen its market in the SUV segment, Tata will launch 7 all-new cars right from the HBX concept based mini SUV to the all-new Coupe SUV. Here’s brief on the upcoming new Tata SUVs that will see a release in a couple of years.

2020 Tata Hexa Safari is slated to launch by the end of this year. Unveiled at this year’s Auto Expo, the SUV’s new model features special ‘Safari’ badging inside and out. Other key features include contrast body cladding, new roof rails, new upholstery and safari badging on the driver side dashboard. Painted in military green colour, the Hexa Safari uses a BS6-compliant 2.2L, 4-cylinder turbo diesel engine that’s good enough for 156bhp and 400Nm. There will be three gearboxes on offer (5-speed MT, 6-speed MT and 6-speed AT) along with a 4X4 drivetrain system.

Previewed at the 2020 Auto Expo, the Tata Gravitas will take head-to-head against the newly-launched MG Hector Plus. Earlier, it was slated to launch during this year’s festive season. Though, the latest reports suggest that it might come early next year. The Gravitas is essentially the bigger version of the Harrier with minor styling and feature upgrades along with 6/7-seats layout. The SUV will come with the Harrier’s 170bhp, 2.0L turbo diesel engine. It can be had either with a 6-speed manual gearbox or a 6-speed torque convertor automatic transmission.

After the Gravitas, the Tata HBX concept based mini SUV will be the next launch from the home-grown carmaker. To be positioned against the Maruti Suzuki S-Presso, the new mini SUV from Tata might see a release early next year. The production-ready version is likely to retain upright stance and a few design bits from the concept. In fact, the dimensions might also remain unchanged. The HBX will be Tata’s second production model to be based on Alfa platform. The mini SUV is likely to be offered with petrol-manual combination only.

Tata Blackbird compact SUV is one of the much-awaited upcoming Tata cars in the country. In terms of price and positioning, it will sit between the Nexon and the Harrier. Once launched, the Blackbird will go up against the Hyundai Creta and Kia Seltos. Rumour has it that the new Tata compact SUV will come under Tata and China’s Chery Automobile Co joint venture. Its official launch details are yet to be revealed. Though, it’s reported to hit Indian roads sometime in 2021 or 2022. The compact SUV might be offered with the BS6-compliant 1.2L turbo petrol and 1.5L diesel engine options. An electric powertrain could also be on offer.

The home-grown carmaker will also give an update to its highly popular Tata Harrier SUV. As of now, details of the new model are not available. Though, it’s likely to witness significant styling changes and feature upgrades. The new Tata Harrier will come with both petrol and diesel engine options. In coming months, the company will bring in a new 1.5L turbo petrol engine along with an automatic gearbox with paddle shifters and a ‘Sport’ mode. The SUV lineup will soon receive two new variants – XTA and XT+ with a factory-fitted panoramic sunroof.

Tata Nexon subcompact SUV will witness a generation change in coming years.  One of the major changes will come in the form of the new Alfa modular platform. It’s the same architecture that underpins the Altroz premium hatchback. Compared to the existing model, the new-generation Nexon is likely to be more premium in terms of design and features. Reports suggest that the carmaker might also offer electric and hybrid powertrain on the model lineup along with the existing petrol and diesel engines. The 2022 Tata Nexon might also come with a new dual-clutch automatic gearbox.

Tata Motors is planning to foray into the Coupe SUV segment with an all-new model. Currently, the vehicle is in its initial design and development stage. It’s likely to carry upright stance with sporty design elements such as muscular bumpers, a lower roof and sleeker rear section. More details about the model are likely to be revealed in near future.