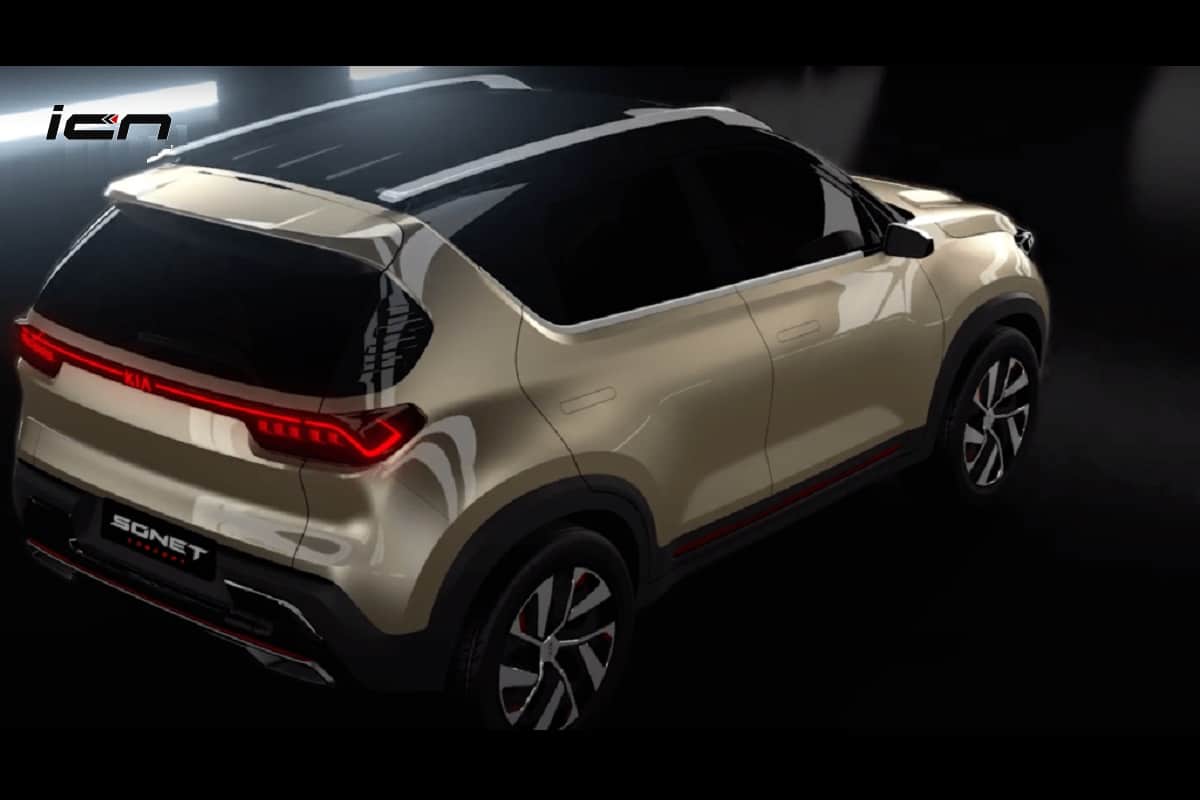 The beleaguered automotive industry is pinning hopes on the upcoming festive season. The coming months are likely to bring the much-needed sales boost as several new cars launches have been lined up to woo customers. Here, we have listed to top 20 new car launches that will take place in August – November period.

Hyundai Venue is all set to become India’s first car to get iMT (Intelligent Manual Transmission) system. The carmaker has confirmed that the new clutchless manual gearbox will be offered with the 120bhp, 1.0L turbo petrol engine boosted with direct injection technology. No other changes will be made to the vehicle.

The Indo-Japanese carmaker is all set to launch the 2020 Maruti Suzuki S-Cross petrol crossover in coming weeks. The model will come with a BS6-compliant 1.5L K15B petrol engine sourced from the new Vitara Brezza. It makes power around 105bhp and 138Nm of torque. The crossover will come with manual and automatic gearboxes. The automatic variants will be exclusively offered with the SHVS mild hybrid technology.

The 2020 Maruti Suzuki Swift facelift will be the next big launch from the Indo-Japanese carmaker in the country. The hatchback will receive a 1.2L Dualjet petrol engine generating power worth 91bhp against 118Nm of torque. It will be more powerful, torqueier and frugal than the existing motor. It can be had either with a 5-speed manual or an AMT gearbox. Minor changes are likely to be made on its exterior and interior.

Honda Cars India will soon roll out the BS6-compliant version of the Jazz hatchback. The model lineup will be offered with a BS6 1.2L petrol engine only. The motor can be had either with a 5-speed manual or a CVT automatic gearbox. Its power and torque outputs will stand at 90bhp and 110Nm respectively. Subtle changes are likely to be made inside and out.

The first global limited edition of the Jeep Compass is ready to hit Indian roads. Called the Jeep Compass Night Eagle Edition, the special model will have sporty black treatment inside and out. Similar to the global model, the India-spec version is likely to have black finish on the front grille, bumper and roof along with 18-inch glossy black alloys. Inside, it will get new leather upholstery with contrast stitches.

Toyota’s top-selling premium MPV – Innova Crysta – will soon receive CNG variant. The new model will have a 2.7L, 4-cylinder petrol engine with a CNG kit. The former delivers a maximum power of 166bhp against 245Nm of torque. The Innova Crysta CNG will be made available with manual gearbox only. Based on the base G trim, the new CNG variant will look exactly similar to the petrol and diesel models.

Tata Altroz, the premium hatchback from the home-grown carmaker, will soon receive a new turbocharged petrol engine. The model will come with a 1.2L turbo-petrol motor pushing out power worth 99bhp against 141Nm of torque. Reports suggest that the carmaker might also introduce a new DCT (dual-clutch transmission) gearbox on the Altroz lineup. Sourced from Punch, the new DCT unit is compatible for compact size vehicles.

Renault Kiger will be the French carmaker’s answer to the Maruti Suzuki Vitara Brezza, Hyundai Venue, Tata Nexon and the upcoming Nissan Magnite. Designed on Renault-Nissan Alliance’s CMF-A+ platform, the Kiger will come with naturally-aspirated and turbocharged version of the 1.0L petrol engine. While the naturally-aspirated motor will be offered with manual and AMT gearbox options, the turbo-petrol will get a CVT automatic unit. Some of its design bits and features will be carried over from the Triber compact MPV.

Kia Sonet, the smallest SUV from the South Korean carmaker, is all set to have its world premiere on coming 7th August. The model will share its platform and engine setup with the Hyundai Venue. After the Venue, it will be the second car in the country to receive iMT (Intelligent Manual Transmission) gearbox. The Sonet is claimed to be packed with several segment first features including the massive 10.25-inch touchscreen infotainment system.

The Tata Gravitas will be the brand’s second model to be based on the Omega platform. It will be longer, taller and more spacious than the Harrier 5-seater. Minor design changes are likely to distinguish it from its younger sibling. It will come with both 6 and 7-seats layout with captain seats in the middle row with one-touch flip-and-flop mechanism and a bench type second row of seats with adjustable headrest respectively.

2020 Mahindra TUV300 facelift is ready to hit roads in coming months. The compact SUV is likely to get new honeycomb grille with six vertical slats, new headlamps and taillamps and updated bumper. It will get more safety features as standard fitments. Powering the model will be a BS6-compliant 1.5L, 3-cylinder turbo diesel engine with a 5-speed manual gearbox.

The new Skoda Rapid sedan is currently available with a 1.0L, 3-cylinder turbo petrol TSI engine and a 6-speed manual gearbox. The carmaker will soon add automatic variant to the sedan model lineup. It’s likely to get a 6-speed torque convertor automatic transmission borrowed from the Volkswagen Vento 1.0 TSI. No other changes will be made to the model.

Toyota’s badged version of the Maruti Suzuki Vitara Brezza will be named Toyota Urban Cruiser. Design of the Urban Cruiser will be slightly different from the Vitara Brezza. It’s likely to get a new grille, updated headlamps and bumpers, and tweaked taillamps. Powering the new Toyota compact SUv will be the same BS6-compliant 1.5L petrol engine delivering 105bhp. Suzuki’s SHVS mild hybrid technology will be exclusively offered on the manual variants. Both manual and automatic transmissions will be on offer.

Audi Q2 will be the smallest SUV from the German carmaker in the country. Its overall length, width and height stand at 4191mm, 1794mm and 1508mm respectively. Based on Volkswagen Group’s MQB platform, the Q2 uses a 2.0L turbo petrol engine dishing out a peak power of 190bhp and 320Nm of torque. It comes with Audi’s Quattro AWD system and a 7-speed dual-clutch automatic transmission. The SUV is capable to do 0 to 100kmph in 6.5 seconds and offer a top speed of 228kmph.

The new-generation Hyundai i20 will be one of the big launches form the South Korean carmaker in India this year. The premium hatchback will receive noticeable changes on the outside and inside the cabin. The model lineup will come with three engine options – 99bhp, 1.0L turbo petrol, 82bhp, 1.2L naturally-aspirated petrol and 99bhp, 1.5L diesel. There will be four gearboxes on offer – a 5-speed manual, a 6-speed manual, a 6-speed torque convertor automatic and a 7-speed dual-clutch automatic.

Tata Harrier, the highly popular 5-seater SUV from the home-grown carmaker, will soon be offered with a new 1.5L turbocharged petrol engine. The new direct injected, 4-cylinder motor will return power close to 150bhp. The same engine will also be used in the upcoming Tata Gravitas 6/7-seater SUV. Initially, it will come with a manual gearbox only. The petrol-automatic Harrier is reported to be offered with paddle shifters and a ‘Sport’ mode.

After the MG Hector Plus 6-seater SUV, the British carmaker is ready to bring in the MG Gloster premium 7-seater SUV to challenge Toyota Fortuner and Ford Endeavour. Though, it will be bigger than both of its direct rivals. Under the hood, the new MG 7-seater will feature a new 2.0L turbo diesel engine producing 218bhp and 480Nm of torque. There will also be a 2.0L turbo petrol engine making 224bhp and 360Nm. The new MG SUV will come with 4WD (four-wheel-drive) system and seven driving modes.

Previewed at the 2020 Auto Expo, the new-generation Force Gurkha will be more modern and feature-packed than the outgoing model. For power, the off-road SUV will use the BS6-compliant version of the 2.6L diesel engine that’s good for 90bhp and 260Nm. Transmission duties will be done by a 5-speed manual unit. Some of its key features will include new plastic bumpers, single rear window, new dashboard, etc.

The second-generation Mahindra Thar is one of the much-awaited car launches of this year. The off-road SUV will witness significant changes including an all-new petrol engine. The new Thar will come with the brand’s new 2.0L mStallion turbo petrol engine making power worth 190bhp. It will also be offered with the BS6 2.2L mHawk diesel motor that’s good enough for 140bhp. Both engines will get manual and automatic gearbox options.

Skoda Rapid Matte Concept made its public debut at this year’s Auto Expo. The model will be powered by a BS6-compliant 1.0L TSI petrol engine that’s likely to be paired to a 6-speed torque convertor automatic gearbox. Inside, the Rapid Matte Concept will have Tellur Grey theme along leather wrapped steering , new Alcantara seat upholstery, climate control and a flat bottom steering wheel. On outside, it has matte black paintjob with contrast red highlights and new 17-inch blacked-out alloys and a rear diffuser.