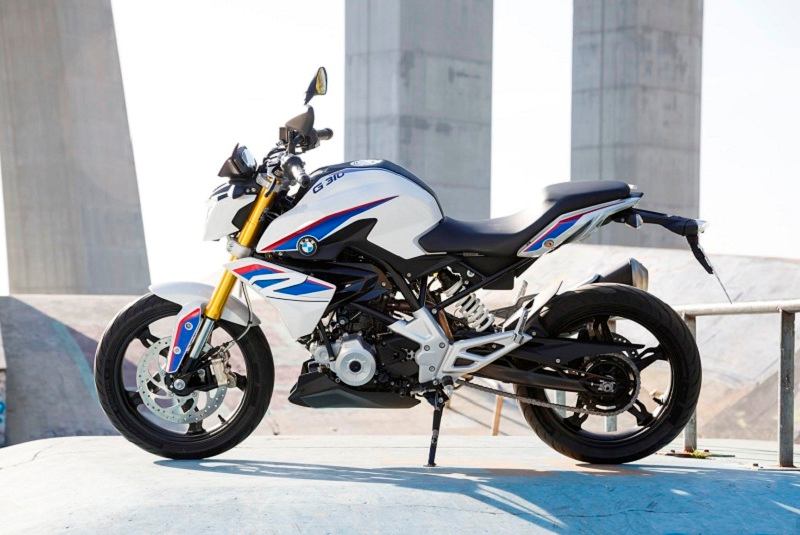 – BMW G310R has been designed and developed jointly by BMW Motorrad and TVS.

BMW G310R naked streetfighter has finally made its way to the Indian market. The German motorcycle manufacturer has rolled out the bike with a price tag of Rs 2.99 lakh (ex-showroom, Delhi). Official bookings for the motorcycle were commenced in June. The company has already announced that the deliveries of the G310R will be done on the first come first serve basis. First previewed at the 2015 EICMA in Milan, the BMW G310R created buzz with its contemporary and muscular styling. The bike was also put up on the display alongside the BMW G310GS Adventure tourer at the Auto Expo in February, 2018.

Interestingly, the BMW G 310 R is one of the first BMW bikes developed under the BMW Motorrad and TVS Motor Company’s joint venture. Production of the performance bike takes place at TVS Motor Company’s Hosur based plant in Chennai. The company is also exporting this naked streetfighter to select international markets from India. In the Indian marekt, the BMW G310 R takes head-to-head against the KTM Duke 390. It also goes up against the TVS Apache RR 310 and the Bajaj Dominar 400. 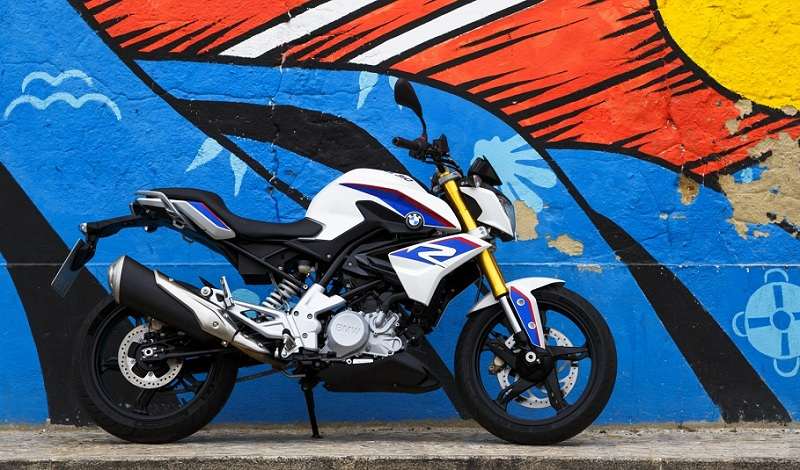 One can book the BMW G 310R by paying a sum of Rs 50,000 at any BMW Motorrad dealership or online. For online booking, buyers have to make a request for a call back by filling up an enquiry form on BMW Motorrad India website. The naked streetfighter will be retailed via BMW Motorrad’s dealerships across Mumbai, Delhi, Pune, Bengaluru, Chennai, Kochi and Ahmedabad. Read – Top 10 Upcoming Bikes in India 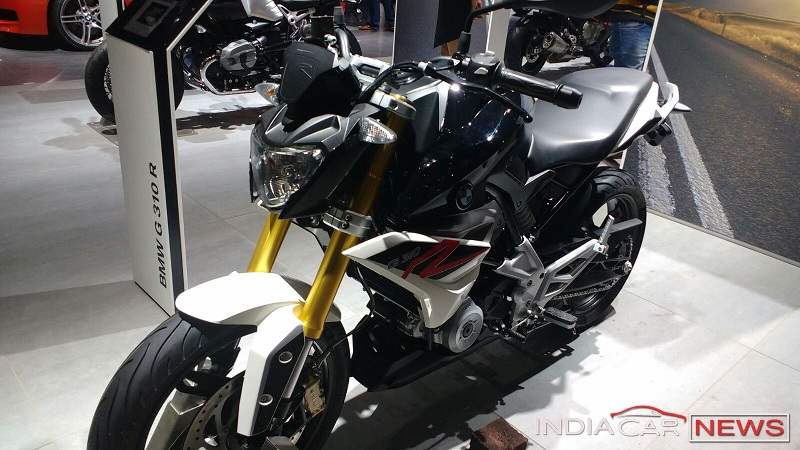 Designed and developed jointly by BMW Motorrad and TVS Motor Company, the BMW G 310 R has been produced at TVS’s Hosur plant in Bengaluru. This has saved it from the hefty excise duty. With a high level of localisation, the company also achieved a lucrative pricing for the entry-level streetfighter. The BMW G310R is being offered at Rs 2.99 lakh (ex-showroom, Delhi). This makes it the most affordable offering from BMW Motorrad in India. Read About: TVS Apache RTR 300

BMW’s new naked bike shares most of its design and styling bits with the big BMW bikes including S1000RR and the R1200R. This BMW entry-level performance motorcycle sits on a tubular steel frame and sports a look of a stunt bike. Some of the exciting elements in the motorcycle include lockable throttlee grip, brake lever on left-side of handlebar, oversized rear wheel brake, axle pegs on front axle and stunt tail. The production-ready BMW G310R also borrows a few design bits from the BMW Concept Stunt G310R that broke cover at the 2015 Salao Duas Rodas show in Brazil. Check Out – 2018’s Most Awaited Upcoming Bikes in India 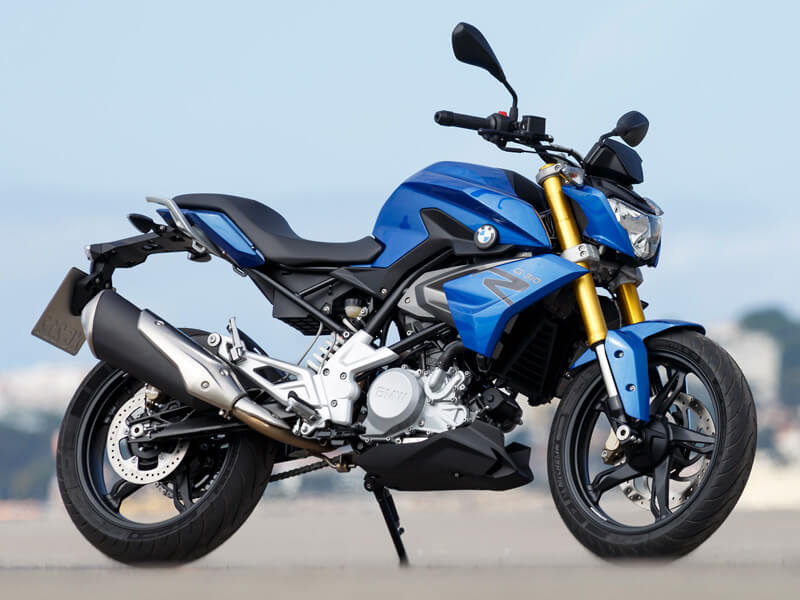 With respect to proportions, the new BMW bike measures 2005mm long, 849mm wide and 1080mm tall. Aiming to enhance rider’ comfort, the large cushiony seat is placed at a height of 31.5″. The bike comes with a wheelbase of 1,374mm ensuring excellent performance during sharp corners and on straight highways. It comes with a payload capacity of 186.5kg, while the usable tank volume is around 11 litres. The motorcycle has a ground clearance of 155mm, which is decent for city roads. Read – Upcoming Bikes & Scooters Under Rs 1 Lakh

Power source for the new BMW naked streetfighter is a 313cc, four-stroke, single-cylinder, liquid-cooled engine that also does duty in the TVS Apache RR 310. However, TVS has customized ECU (engine control unit) for achieving better throttle responses and engine performance. Positioned towards the rear, the head of the engine is rotated to 180 degrees. This motor can make a top power of 34bhp at 9,500rpm against a peak torque of 28Nm at 7,500rpm. BMW equips the bike with a 6-speed gearbox with 40 toothed rear sprocket. It delivers a claimed top speed of 145kmpl. Check Out – India’s Top 7 200cc Bikes – Price & Details 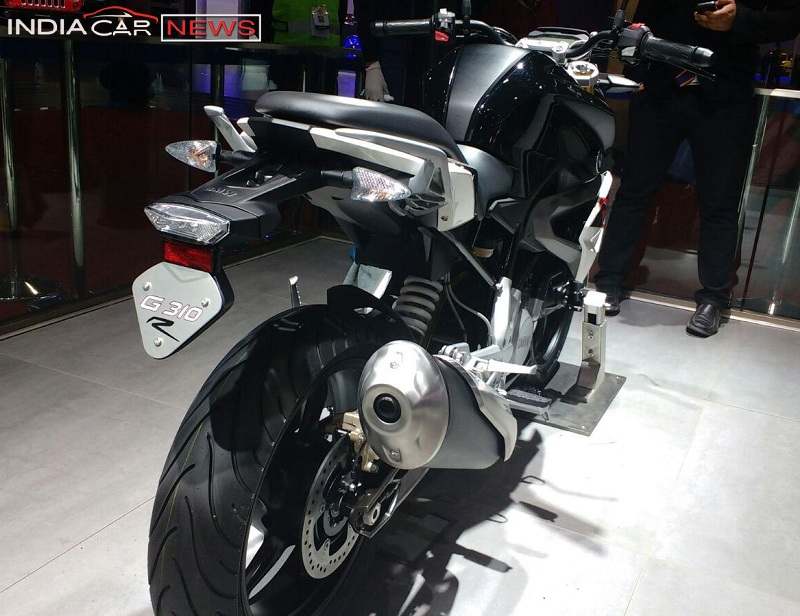 On fuel efficiency ground, BMW’s affordable streetfighter is a decent performer. BMW and TVS’ entry level G310R is capable to deliver a mileage around 30kmpl in city and 36.5kmpl on freeways.

Power-packed with 313cc, single-cylinder engine, the new BMW G310R (global-spec) is claimed to deliver a top speed of over 145kmph. The India-spec version, on the other hand, has an electric speed limit of around 145kmph to 150kmph.

Suspension mechanism of the bike includes inverted telescopic forks and monoshock absorbers at front and rear axles respectively. Built on BMW’s tubular steel chassis, the naked streetfighter carries a kerb weight of around 158.5kgs. Braking duties on the bike are taken care of by 300mm single disc front brake and 240mm rear disc brake with 2-piston floating caliper. In addition, the bike also gets the standard dual-channel ABS (anti-lock-braking system).

Latest Video – AMT – Is it Really An Automatic Transmission?