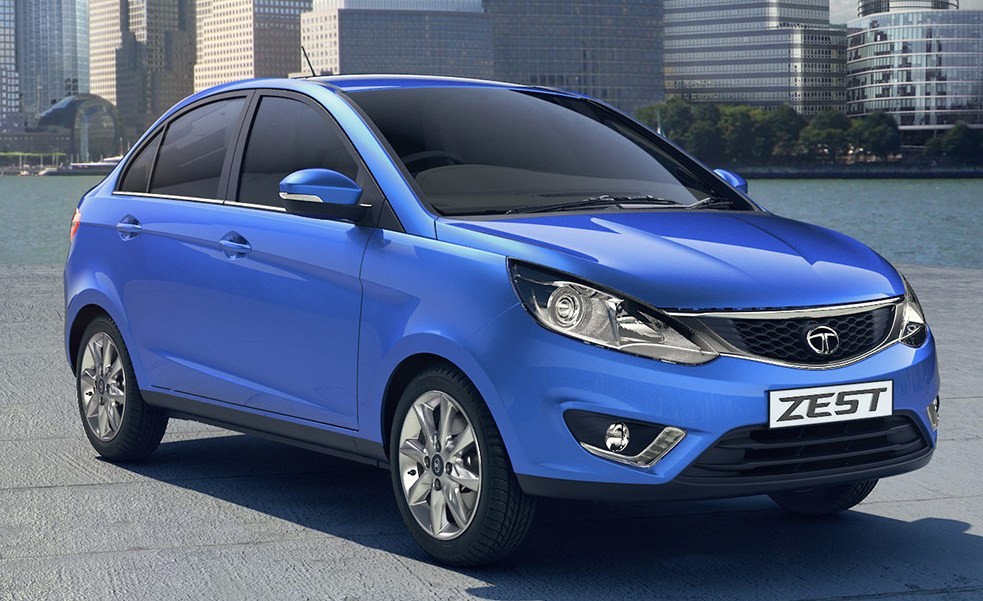 Tata Motors will launch the much-anticipated Zest compact sedan in the country in August, 2014. Unveiled at the 2014 Delhi Motor Show, the Zest will be the country’s first ever diesel car to feature the automated manual transmission. Website for the sedan has already been launched which gives all the information about the vehicle to users. The Tata Zest sedan will compete against the likes of Maruti Swift Dzire, Honda Amaze and Hyundai Xcent. The vehicle will be offered in both petrol and diesel guise. While the gasoline version will get the new turbocharged 1.2-litre Revotron petrol engine, the oil burner will be propelled by the tried & trusted 1.3-litre multi-jet diesel engine. Both the engines will be paired to a five-speed manual gearbox; the diesel version also features the five-speed automated manual gearbox. Based on the thoroughly modified X1 platform, the Tata Zest will be equipped with high end safety and other features. It is equipped with several segments first features including EPAS with active return function and speed sensitive power steering which has been developed by ZF.