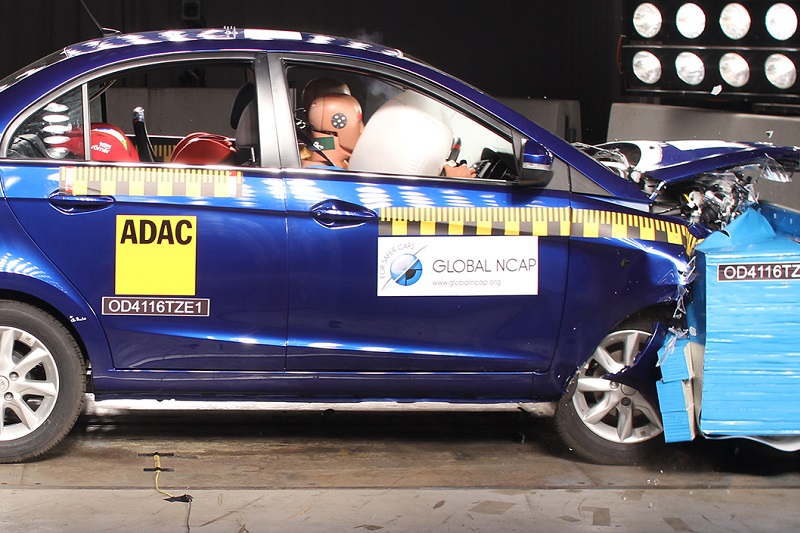 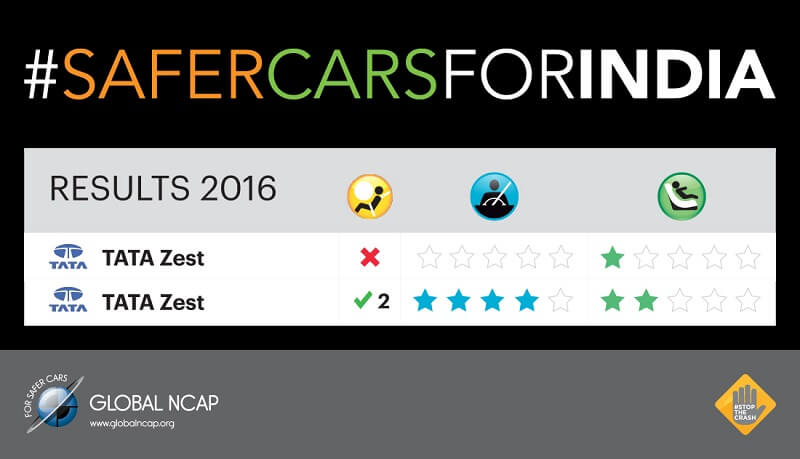 Buoyed by the Zest’s Global NCAP scores, the Pune-based carmaker has announced that the sedan’s entire lineup will receive improved structure across all variants.

Commenting on the results, David Ward, Secretary General of Global NCAP, said, “It is encouraging to see a major Indian brand improving the safety of their models. We strongly encourage Indian consumers to opt for the much safer 4-star rated option. We also urge Tata to consider making the two airbag version of the Zest their basic model.”

Rohit Baluja, President, Institute of Road Traffic Education, said, “The concept of star rating should not be limited to compliance, but should be taken as the challenge of producing a safe vehicle that would have the ability to support the avoidance of a crash, limiting the injury to vehicle occupants and that of people outside the vehicle in case of a crash.”