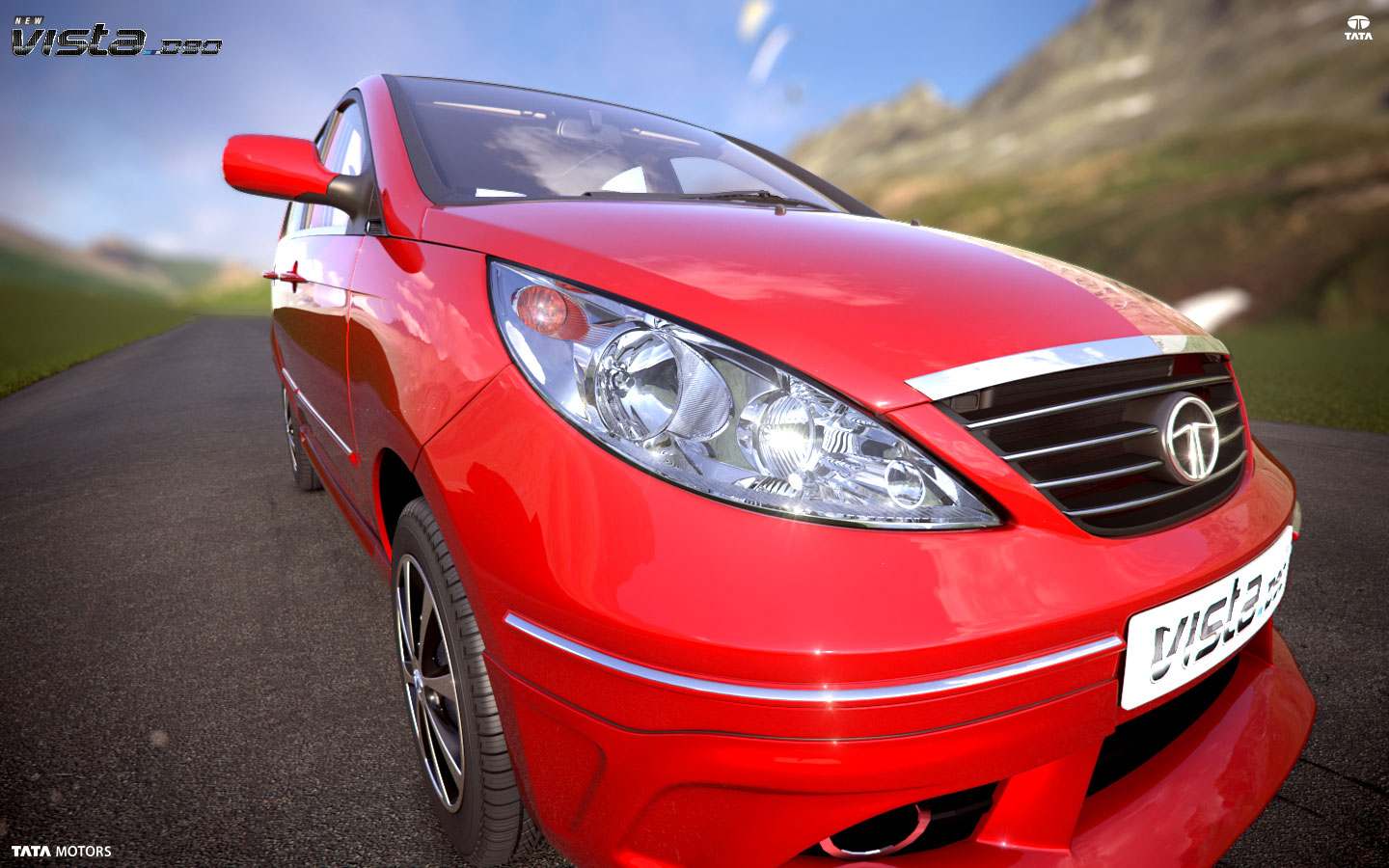 The Homegrown auto-maker, Tata Motors India is working on a new variant of its popular hatchback Vista, which will be named as Tata Vista Tech. The Vista Tech is the similar product which has been recently phased out (Vista D90). The new model will get a 74bhp fixed geometry turbo diesel engine, instead of the 89bhp VGT mill which powers the D90.

The new model from Tata Motors will retain the same interiors of the Vista D90’s (like the instrument cluster behind the steering wheel). The all new variant will bear some exciting features like a touchscreen audio system with voice-guided navigation, Bluetooth connectivity, USB port and many more. The car will also come with the a climate control but without rear parking sensors.

The Tata Vista D90 hatchback, which was launched last year, received a good response from the consumers. However, the weak promotional strategy led to decline in sales, focrcing the company to stop the production of D90. The 1.2-litre petrol engine will be there in the car, capable of pumping out the power of 74bhp. There is no official confirmation about the pricing of the vehicle, but we are expecting it to be priced around Rs 5-5.5 lakh (ex-showroom), as the D90 was priced at 5.99 lakh.

However, the Tata’s new Falcon might replace this model by the mid or late 2014.