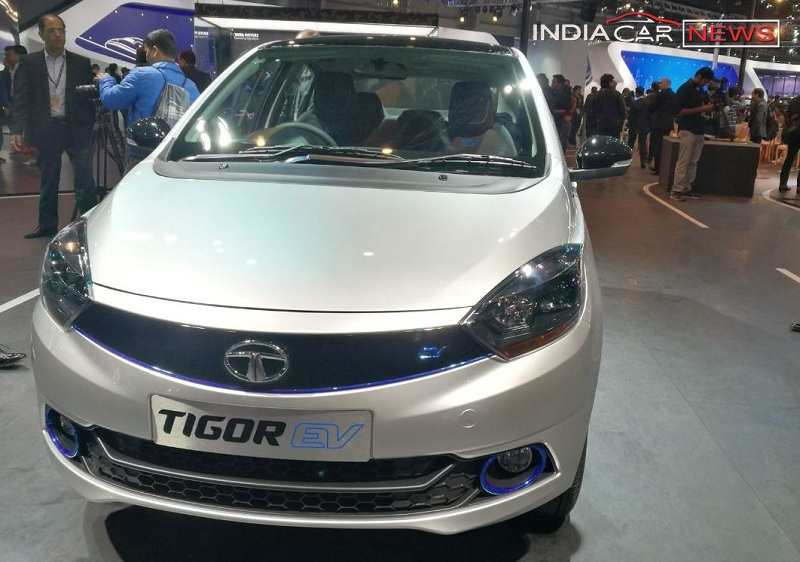 Tata Motors showcased its entire range of new breed cars (including 45X premium hatchback and H5X SUV concepts) at the Auto Expo 2018. The Performance division of the carmaker was graced by the Tiago JTP, Tigor JTP and Tamo Racemo sportscar. Besides this, the company also unveiled its electric range including Tiago EV, Tigor EV and Racemo EV. The electric iteration of the Tigor compact sedan has already been supplied to state-run Energy Efficiency Services Ltd (EESL).

Tata will develop 10,000 Tigor electric vehicles for the state-run Energy Efficiency Services Ltd (EESL). The tender was rolled out by the government for supplying 10,000 EVs to EESL and Tata Motors quoted the lowest price of INR 10.16 lakh (excluding GST) along with a 5-year warranty. By including GST, the price increases to Rs 11.2 lakh. The company will also offer 3-year warranty with the electric sedan. Production of the Tigor EV will take place at Tata’s Sanand plant in Gujarat. Read – Tata Tiago Electric – All You Need To Know

In December 2017, Tata rolled out the first batch of the Tata Tigor Electric Vehicle (EV) from its Sanand based plant in Gujarat. The company released 250 units of the EV in first phase, while the additional 100 units will be released in the phase 2. The Tigor EV features a three-phase AC induction motor that’s good for 30kW (40bhp) at 4,500rpm. It will directly rival the Mahindra eVerito, which is equipped with a 30.5kW or 41bhp electric motor. Read More – Upcoming Tata Cars In India 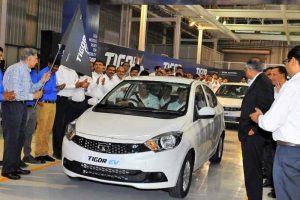 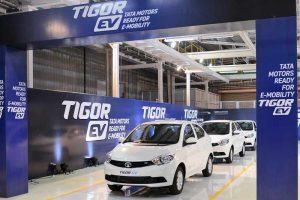 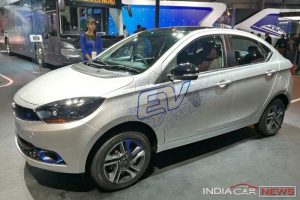 As mentioned above, Tata Motors received an order to develop 10,000 units of Tigor EV for the government. It will therefore first supply the 10,000 Tigor EVs for the state-run Energy Efficiency Services Ltd (EESL), while Tata could plan to start retailing it in the next two years. Gurnter Butschek, Tata Motors MD, had confirmed that the company might roll out the Tigor EV for private car buyers if demand is strong. If all goes well, it could be launched in 2019. The electric sedan made its first public appearance at the 2018 Auto Expo. Read – Upcoming Electric Cars In India

Tata’s newest model in the subcompact space is built on the modified XO underpinning, which is a relatively low-cost platform. This will indeed help carmaker to offset battery and some component cost to an extent. The price quoted for Tigor EV by Tata Motors for the government’s tender is Rs 10.16 lakh barring GST, while the Tigor EV price inclusive of GST is slightly more at Rs 11.2 lakh. In addition, Tata is also offering a warranty for five years on Tigor EVs to be supplied to the state-run Energy Efficiency Services Ltd (EESL). As per a latest report, the electric carline will come in all four trims – XE, XM, XT and XZ. Read – Tata H7X SUV To Challenge Toyota Fortuner

Design of the electric version of Tigor looks exactly similar to the regular model. Though, it comes with small changes to differentiate it from the standard Tigor. The Tigor electric features the EV badge on grille and at the back. The basic silhouette remains same and other prominent design and styling elements are retained from the standard model. Interior also gets the same layout and pack in most of the features offered on the regular Tigor. Check Out – Tata Nexon Aero Price & Pictures

Tata Motors has opted for a smaller capacity motor for the India-spec model. The Tigor EV derives its power from a 30kW (40bhp), 3-phase AC induction electric motor. The Tata Tigor electric car will directly challenge the Mahindra eVerito electric, which offers slightly more power (30.5kW or 41bhp). However, the Tigor electric is around 200kgs lighter than its counterpart. The battery capacity, fast charging capability and electric range figures are yet to be revealed by the carmaker. Read – Tata E-Vision Premium Sedan Unveiled

The rechargeable battery in the Tigor Electric is estimated to deliver 100km of range on a single charge.