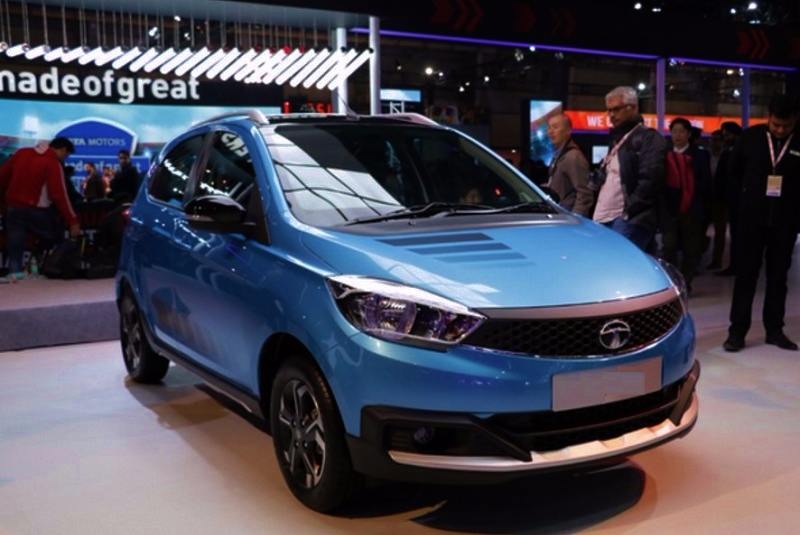 – Tata Tiago Aktiv will be around Rs 30,000 pricier than the regular model.

– It looks more rugged and sportier than the standard Tiago.

– The car gets new body graphics and lots plastic cladding.

– The Tiago Aktiv was first showcased at the 2016 Auto Expo.

Tata Motors seems to have some really big plans for the Indian market. At the recently-concluded Auto Expo, the home-grown carmaker showcased its wide range of new products that will go on sale in coming years. While the company aims to foray into the premium SUV and hatchback segment with the all-new H5X and 45X respectively, it will introduce the performance-oriented Tigor JTP and Tiago JTP models. The carmaker will also unveil its all-new premium sedan at the Geneva Motor Show next month (March, 2018).

Besides the aforementioned products, Tata will soon bring in an accessorized version of its popular Tiago hatchback. Called the Tata Tiago Aktiv, this new variant was recently spotted at a dealership. In fact, the carmaker has also listed the new kit on its official website. Sporting lots of plastic cladding and new body graphics, the Tiago Aktiv looks more rugged and sportier than the regular model. Read – Tata H7X 7-Seater SUV Under Development 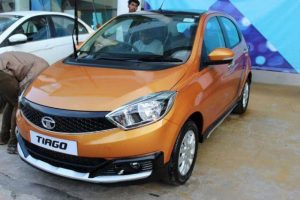 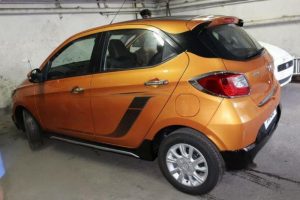 First previewed at the 2016 Auto Expo, the Tiago Aktiv will soon go on sale in the country. In fact, the new kit variant has already begun arriving at dealerships and the carmaker listed it on its official website. Though, the exact launch date is yet to be revealed. Check Out – Tata Cars at Auto Expo 2018

Similar to the Nexon Aero, the Tiago Aktiv could be offered with multiple body kits. With crossover-ish body graphics and new features, this new variant is estimated to Rs 30,000 to 60,000 more expensive than the standard Tiago that costs between Rs 3.26 lakh to Rs 5.85 lakh (ex-showroom, Delhi). The new Tiago Aktiv price is likely to start at around Rs 3.50 lakh. Once launched, the Tata Aktiv will go up against the Maruti Suzuki Celerio X. 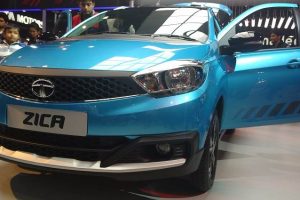 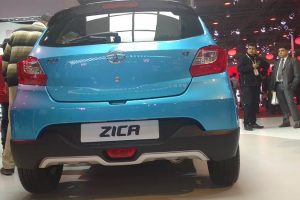 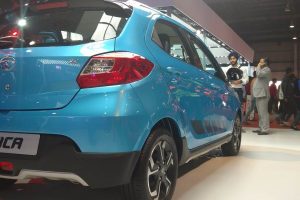 Under the hood, the Tiago’s new kit variant will retain the same 1.2-litre Revotron petrol and 1.05-litre Revotorq diesel engines that also do duty in the standard model. While the gasoline mill delivers a top power of 84bhp at 6,000rpm and 114Nm of torque at 3,500rpm, the diesel motor develops a maximum power output of 69bhp at 4,000rpm against 140Nm between 1,800rpm – 3,000rpm. Transmission on offer will include a 5-speed manual and an AMT (XTA) unit. Read About – Tata Tiago Electric | Tata Tigor Electric

Since the Tiago Aktiv will derive its power from the same powertrains that do duty in the regular Tiago, we expect its mileage too to be similar. While the petrol engine will return over 23kmpl, the diesel model’s mileage will be over 27kmpl. Check Out – Tamo Racemo Explain In 8 Quick Points

The Tiago’s new kit gives a crossover-ish appeal to the vehicle. There is a new lower front bumper and plastic skid plates with chrome. The side underbody plastic moulding, side body graphics and alloy wheels further enhance its sporty appearance. Round the back, the car gets black-coloured bumper with silver painted skid plate. The Aktiv kit also includes fog lamps with daytime running lights, door visors, illuminated logo, puddle lamp, mood lighting, sunroof and lots of chrome. Besides this, the carmaker is offering bumper corner protector, mud flap, tyre repair kit, rub rail, backseat organizer, USB charger, arm rest and HUD with TPMS on the hatchback. Interior could be revised with window shades cushion, new seat covers and reading light.