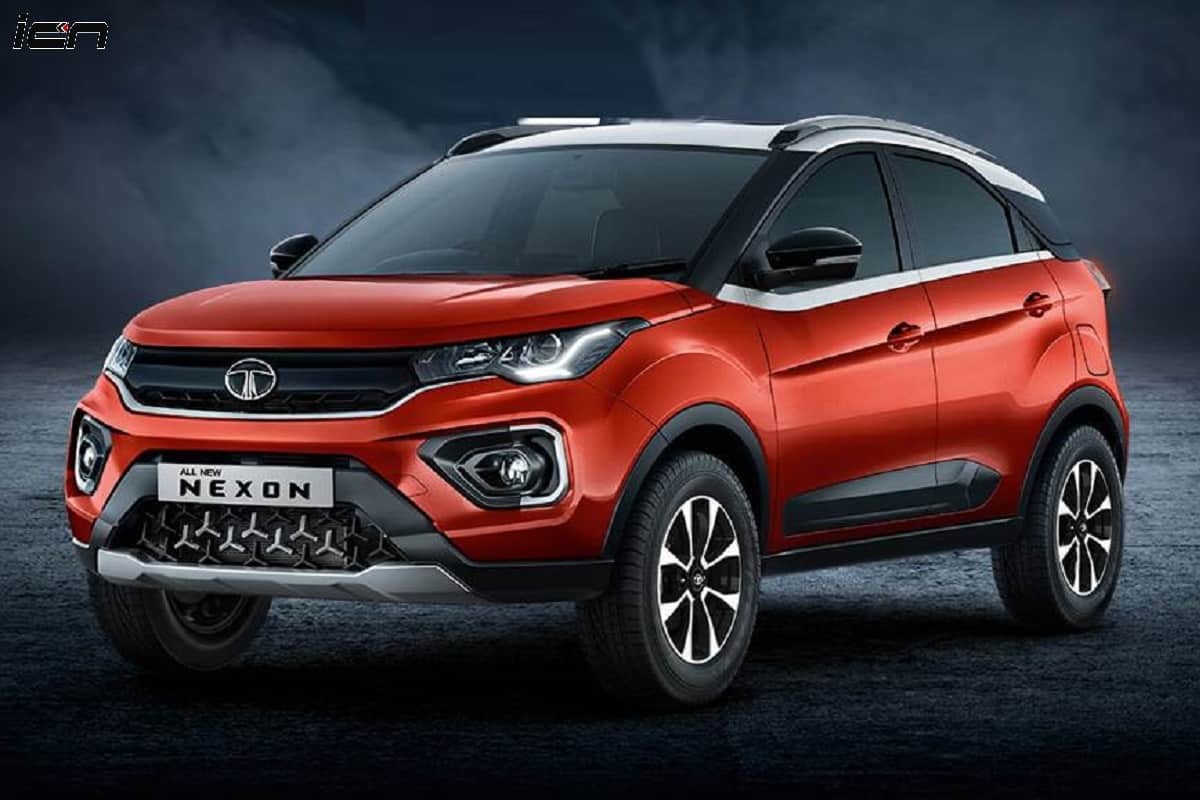 We have reported earlier that Tata Motors might introduce the DCT (dual-clutch transmission) automatic gearbox on the Nexon compact SUV model lineup. Recently, a test mule of the vehicle was caught on camera that’s likely to be the DCT automatic version. Painted in dual-tone shade, the prototype looks exactly similar to the Nexon facelift that was launched in January, 2020.

The Tata Nexon DCT automatic is likely to feature a Punch-sourced 7-speed DT-1 dual-clutch gearbox that will debut on the Altroz premium hatchback. The carmaker says that its new dual-clutch transmission will be more efficient and refined and have smooth shifting than the existing AMT (automated manual transmission) units. The company is planning to introduce the DCTs on its upcoming premium range of cars including the mid-size sedan, mid-size SUV and MPV.

Currently, the Nexon comes with the 1.2L turbo petrol and 1.5L diesel engines delivering a claimed power of 118bhp with 170Nm and 108bhp with 260Nm respectively. Transmission choices include a 6-speed manual and a 6-speed AMT unit. Prices of the petrol models start from Rs 6.95 lakh for the entry-level XE trim and go up to Rs 11.2 lakh for the XZA+ (O) AMT with dual-tone roof. The diesel variants are available in the price range of Rs 8.45 lakh – Rs 12.7 lakh. All prices are ex-showroom, Delhi. Read – Tata Nexon EV With Higher Range Might Come In Future

Talking about the Tata Nexon facelift, the model witnessed noticeable changes inside and out. Its front end looks similar to its electric version with new grille and more upright stance. The Nexon is the brand’s first car to feature iRA (Intelligent Realtime Assist) connected car features along with a large touchscreen infotainment system, a semi-digital instrument cluster and an electric sunroof.

In other news, the home-grown carmaker is ready to bring in the Tata Gravitas 6/7-seater SUV just ahead of 2020 festive season. The model will be placed against the MG Hector Plus and Mahindra XUV500. The Gravitas will share its platform, design bits, features and powertrain with the Harrier 5-seater SUV.