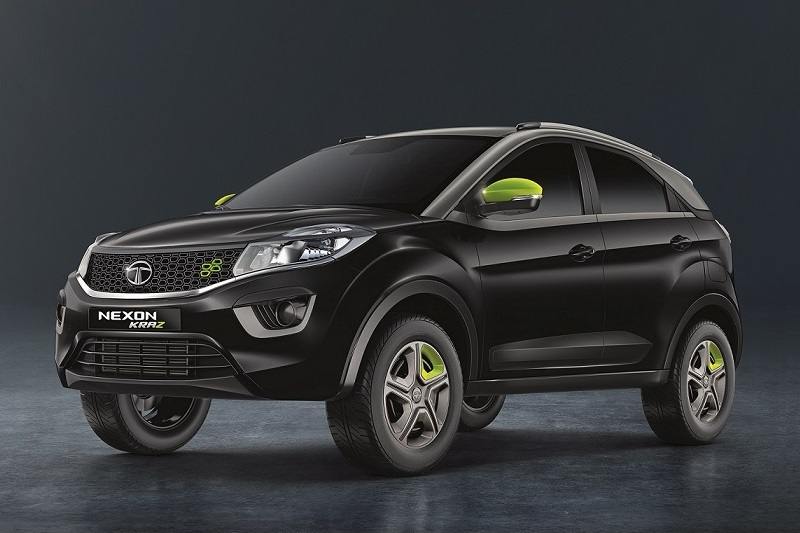 The Tata Nexon Kraz is available in two trims – Kraz and Kraz+, and prices start from Rs 7.14 lakh.

Launched around the festive season, last year, the Tata Nexon has now completed its first year in the Indian market. To commemorate the occasion, Tata Motors has introduced the limited edition of the compact SUV – the Tata Nexon Kraz. Available in two trims – Kraz and Kraz+ – the limited edition has been made available at a starting price of Rs 7.14 lakh for the petrol variant and Rs 8.07 lakh for the diesel version. The Tata Nexon Kraz receives 10 styling upgrades inside and out. Though, the engine mechanism remains unchanged. Check Out – iPhone inspired Tata Nexon Gold Edition Pictures & Details

As mentioned above, the Tata Nexon Kraz is offered in two trims – Kraz and Kraz+. Prices of the petrol model start from Rs 7.14 lakh and the diesel variant comes with a starting price of Rs 8.07 lakh. All prices are ex-showroom. Read – Tata To Launch India’s Most Affordable Cross-hatch 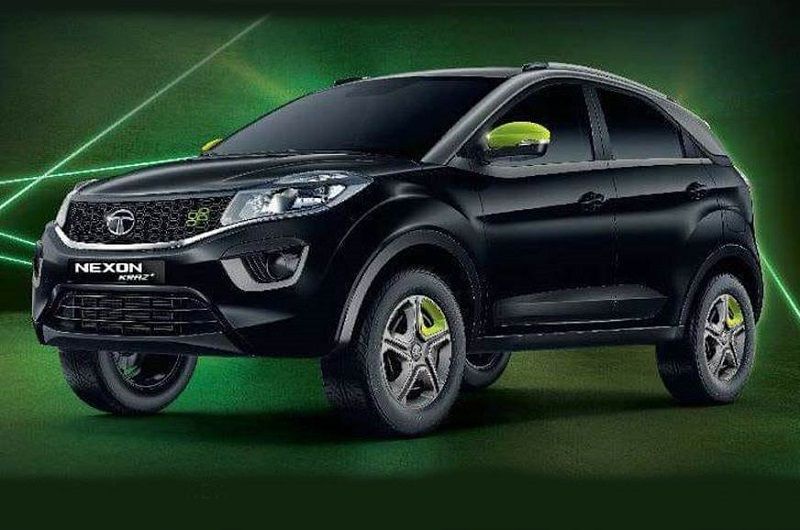 Since it’s just a limited edition, no mechanical changes have been made to the car. The Tata Nexon Kraz petrol model uses the same 1.2-litre turbocharged engine that’s good for 108bhp and 170Nm of torque. The diesel model is propelled by a 1.5-litre turbocharged motor churning out a maximum power of 108bhp against a peak torque of 260Nm. Transmission options include a 6-speed manual and an AMT unit.  Similar to the regular model, the new limited edition comes with the first-in-class multi drive modes – Eco, City and Sport. Check Out – Upcoming Tata Cars in India

Painted in an exclusive Tromso Black shade, the Nexon Kraz edition gets neo-green mirrors and wheel accent. The sonic-silver dual-tone roof adds more to its sporty appeal. The front grille now gets inserts. The vehicle also gets Kraz badge at the front and rear. Read – New Tata Mini-SUV & Sedan Under Development

Interior of the Nexon’s special edition has also been revised. You will notice neo-green air-vent surrounds and seat stitch with Kraz pattern for seat cushions. The centre console also gets Kraz badging. There is piano black finish on the dashboard, steering accents, black door and console finishers.