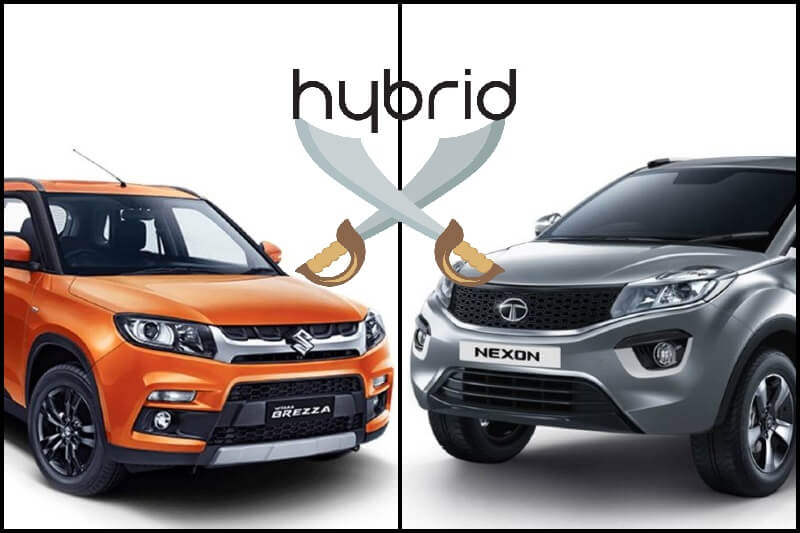 The new hybrid powertrain is said to meet the upcoming BSVI emission norms.

Globally, the hybrid vehicles are widely used as a means of transportation for more than a decade. Now, many car manufacturers in India are also planning to introduce or expand their hybrid carline including Maruti Suzuki, Mahindra & Mahindra and Tata Motors. While the Indo-Japanese carmaker is reported to develop mild hybrid and plug-in hybrid Maruti Vitara Brezza, Tata is also working on Nexon hybrid version.

The home-grown carmaker is said to place an order for 10,000 units of the electric junction boxes that will power the Tata Nexon Hybrid. While specifications of the hybrid engine are still under the wraps, it is likely to meet the upcoming BSVI (Bharat Stage 6) emission norms. The company aims to sell around 800 to 1,000 units of the Nexon hybrid on monthly basis. Read – Next-gen Tata Sumo Rendered With IMPACT Design 2.0 Philosophy

Tata Motors had confirmed that it’s working on a range of electric and hybrid vehicle solutions for passenger and commercial vehicles. The carmaker will develop a 320 volts battery with a range of over 300 kilometers that will deliver faster acceleration and efficiency along with fast charging system. The company is in the process of setting up an electric mobility business vertical that will be lead by Shailesh Chandra. Read – New-gen Tata Safari Might Share Platform With Tata Harrier

The carmaker has already developed the electric version of the Tata Tiago hatchback and the Tigor compact sedan. The latter one has been handed over to government officials in multiple states under the EESL (Energy Efficiency Services Ltd) scheme.