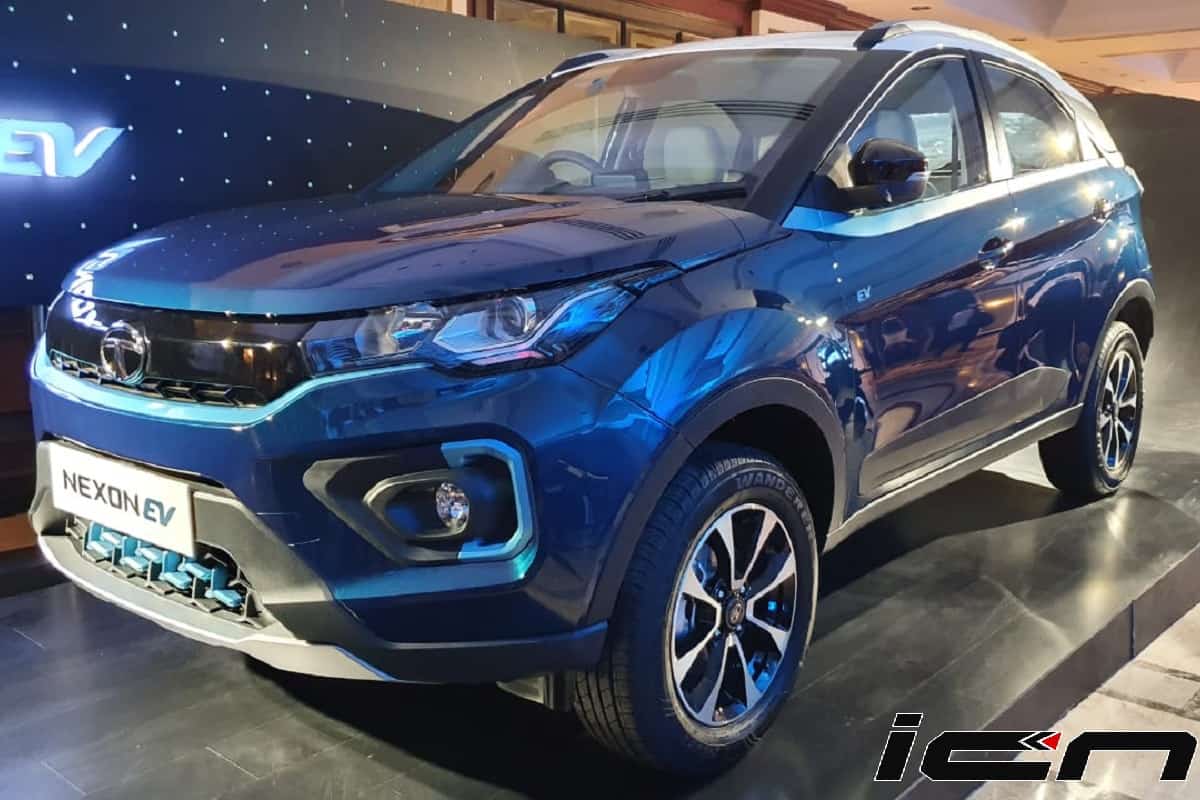 Tata Motors is all set to bring in its first electric SUV – Nexon EV – in January, 2020. While the carmaker hasn’t yet revealed its launch date, it’s reported to hit showrooms on coming 28th. Initially, the Tata Nexon EV will be made available in 5 cities including New Delhi, Mumbai, Pune, Kolkata, Chennai and Ahmedabad.

The Tata Nexon electric SUV lineup will be spread across three trims – XM, XZ+ and XZ+ LUX – in the estimated price range of Rs 15 – Rs 17 lakh (ex-showroom). Official bookings for the EV have already been commenced across the nation. Buyers can pre-book the vehicle by paying a sum of Rs 21,000.

At the engine front, the Tata Nexon EV gets a 30.2 kWh lithium-ion polymer, liquid-cooled battery powering an electric motor that’s good for 123bhp and 245Nm of torque. Tata claims that the electric SUV is capable to achieve 0 to 100kmph in 9.9 seconds. It offers an electric range of over 300km on a single charge (MIDC cycle). Read – 2020 Tata Nexon Facelift Variant-Wise Features Leaked

The Tata Nexon EV will support standard AC chargring and fast DC charging system. Using a DC fast charger, it can be charged up to 80% in 1 hour. The battery pack takes 8 to 9 hours to get fully charged via a standard AC charger.

In terms of features, the Tata Nexon EV will be packed with lots of goodies including a 7-inch touchscreen infotainment system with Apple CarPlay and Android Auto connectivity, automated climate control, keyless entry with push button start stop, an electric sunroof, dual airbags, ABS with EBD, corning stability and many more.