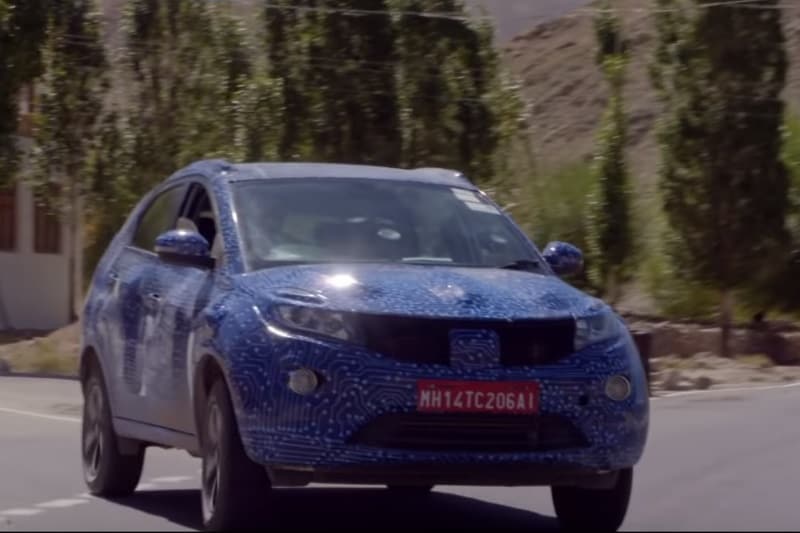 The latest teaser of the Tata Nexon electric SUV gives us a sneak peek of its interior. The video shows that the electric version of the subcompact SUV will feature a semi-digital instrument cluster that seems inspired by the Tata Harrier. Read: 2020 Tata Nexon – Improved Styling, New Features, BS6 Engines

The Nexon EV will have a charge meter showing information such as range, battery health and drive modes. Similar to the Tigor EV, its charging port has been placed behind the fuel lid.

Tata Motors recently confirmed that the electric iteration of the Nexon subcompact SUV will hit showrooms in the first quarter of 2020.

Powering the Tata Nexon Electric will be the brand’s all-new Ziptron high-voltage powertrain that consists of lithium-ion cell with liquid cooling.

Designed for Indian traffic and climatic conditions, it will deliver an electric range of 300km. It battery pack has a high-strength steel casing and adheres to IP67 standards.

Price of the Tata Nexon EV is likely to fall in the range of Rs 15 lakh – Rs 17 lakh. The company recently rolled out the long-range version of the Tata Tigor EV for private buyers.