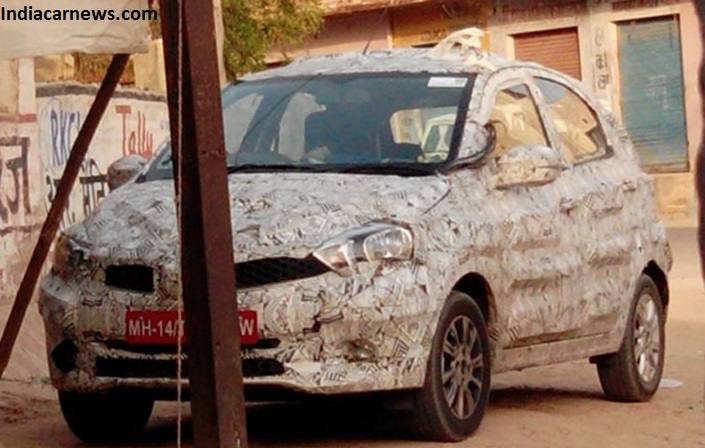 Tata Motors that had earlier tested Nano, Bolt and Zest in Rajasthan for extreme weather conditions, is now testing its upcoming Kite hatchback in Bikaner for the same reason. The temperature in this part of the state goes up to 50 degree celsius, and a successful test result in this part ensures the competency of a vehicle to withstand extreme heat. Likely to be called the ‘Glade’ upon its launch, the Kite hatchback will replace the ageing Indica eV2 in the country.

Power for the Tata Kite/Glade will come from an all-new 1.05-litre, three-cylinder diesel engine, and the company’s new 1.2-liter Revotron petrol unit. The former will offer an estimated power of 70bhp and 140Nm of peak torque, while the latter delivers 88.8bhp and 140Nm. Transmitting power to the front wheels will be an AMT (automated manual transmission) and a manual transmission. The hatchback might also get an ECS (electronic clutch module).

Also Read: Everything You Want to Know About Tata Kite Hatchback Features on offer could be a 2 DIN music system, a three-spoke steering wheel, center console with rectangular AC vents and a low-positioned instrument cluster. Based on the XO platform, the Tata Kite will feature a new signature grille with the ‘Humanity Line’, sloping rear windshield, integrated rear spoiler and defogger in circular pattern.

Also Read: Tata to Launch These New Cars in India

Upon its launch, the Tata Kite/Glade will take on the likes of Hyundai Grand i10, Chevrolet Beat, Maruti Suzuki Celerio and others in the segment. It is likely to be launched by the end of 2015 with the priced range of Rs. 3.50 lakh – Rs. 5 lakh (ex-showroom).