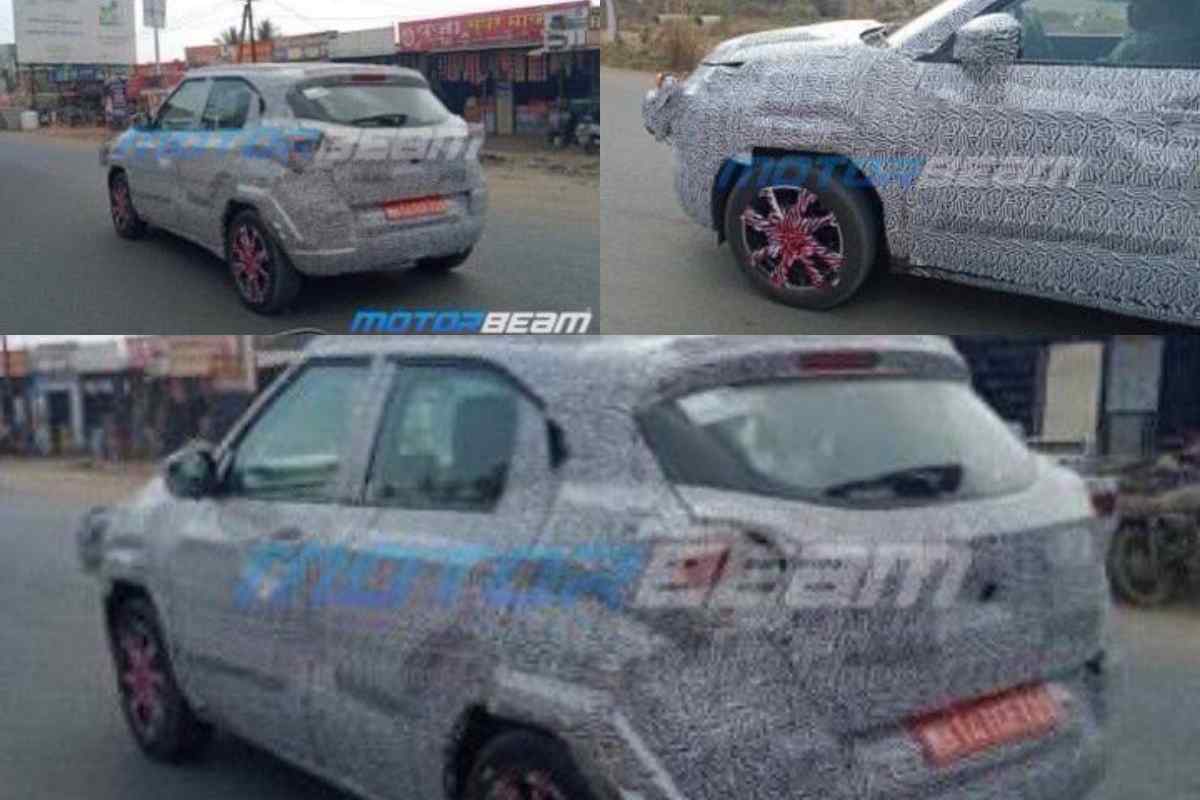 Tata Motors had showcased the H2X micro SUV concept at the 2019 Geneva Motor Show. Internally called Tata Hornbill, the new SUV is reportedly to be unveiled at the 2020 Auto Expo. For the first time, the production ready model has been spotted testing on the Indian roads.

It is expected that the production version Tata Hornbill will be launched in the second half of 2020, most probably around Diwali. It will be the second product to be based on the company’s new ALFA modular platform, which underpins the Altroz premium hatchback. This platform will also be used to develop the next-gen Nexon, Tiago and the Tigor.

The Tata H2X based SUV will feature the company’s new IMPACT 2.0 design language. The company claims that the new model will receive 5 star safety rating from day 1. The mini SUV will directly rival the Maruti Suzuki S-Presso, Renault Kwid and the Mahindra KUV100 NXT. It is likely to be priced in the range of Rs 4 lakh – Rs 6 lakh. The new model is likely to be offered in petrol version only. It will receive the BSVI compliant 1.2-litre, 3-cylinder Revotron petrol engine that is capable of producing 85bhp and 113Nm of torque. Both manual and AMT versions are likely to be on offer.

In terms of styling, the Hornbill receive the signature slim front grille in a honeycomb design and tri-arrow elements, two-part headlamp with LED daytime running lights and sloping roofline. Other design highlights will include prominent wheel arches, a split rear spoiler, wrap-around tail-lights, etc. In terms of proportions, the H2X concept is 3,840mm in length, 1,822mm in width and 1,635mm in height, and has a wheelbase of 2,450mm. The H2X based micro SUV will be developed at the company’s new Sanand based plant in Gujarat.