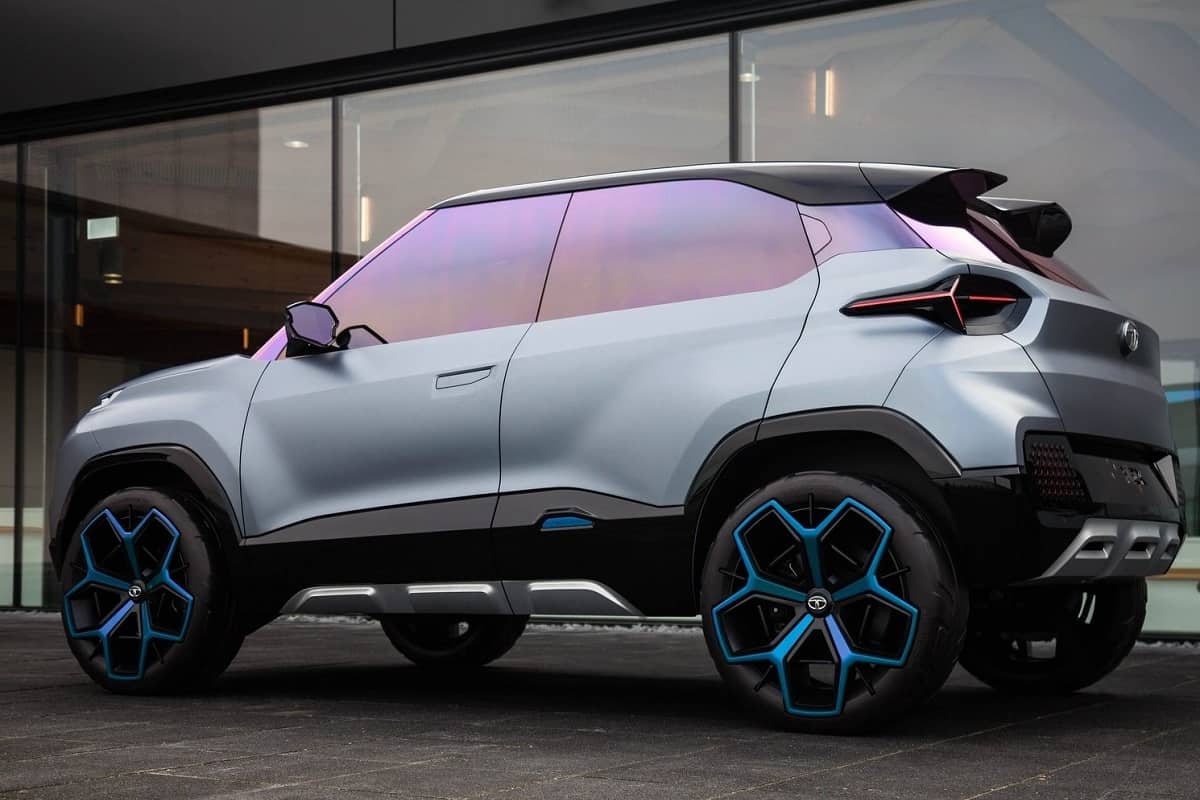 Tata Motors has already confirmed that it will showcase 12 new passenger vehicles at the 2020 Auto Expo that will begin on 5th February. The lineup will include several BS6-compliant vehicles, all-new models, connected and electric vehicles. The carmaker will also reveal the production-ready version of the Tata H2X mini SUV concept (Tata Hornbill) that was previewed at the 2019 Geneva Motor Show.

While the official name and details of the new mini SUV are yet to be revealed, it’s rumoured to be named ‘Tata Hornbill’. Ahead of its official debut, the near production model of the Tata H2X was recently caught testing with heavy camouflage in Pune. The video shows the minor exterior and interior details of the vehicle.

The Tata Hornbill is likely to retain most of the design bits from the concept. Its front fascia will share resemblance to the new Nexon facelift and the Harrier. Upfront, the mini SUV will feature Nexon-like bumper with tri-arrow inserts, LED DRLs and indicators integrated on the top of the headlamps. Read – BS6 Tata Harrier With Sunroof Teased

While the rear bumper is likely to be carried over from the Nexon EV, the C-pillar integrated door handles look similar to the Altroz hatchback. The LED taillamps might have tri-arrow design.

Interior of the Tata Hornbill is likely to share several components with the all-new Tata Altroz premium hatchback including instrument cluster, steering wheel and a few switch gears. The mini SUV is likely to get a floating infotainment system placed on the dashboard. Read – Tata Tiago, Tigor Facelifts Get 4-Star Crash Test GLobal NCAP Rating

With respect to the dimensions, the Tata Hornbill will be equivalent to the H2X concept that measures 3,840mm in length, 1,822mm in width and 1,636mm in height with a 2,405mm wheelbase.

Under the hood, the Tata Hornbill will employ the BS6-compliant 1.2L, 3-cylinder naturally aspirated petrol engine that’s good enough for 86PS at 6,000rpm and 113Nm of torque at 3,300rpm. The gasoline motor might be offered with a 5-speed manual transmission (as standard) and a 5-speed AMT gearbox (optional).