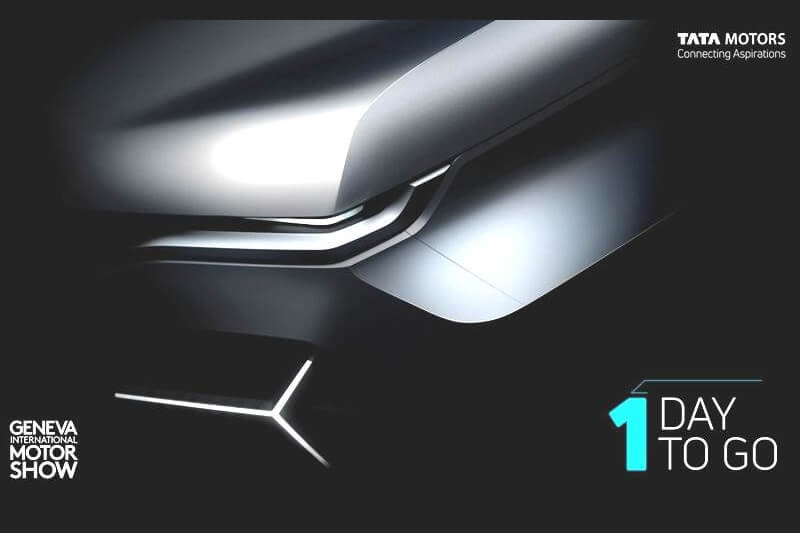 Tata Motors has dropped the first teaser video of its upcoming Hornbill micro SUV concept that will have its world premiere at the Geneva International Motor Show on 5th March, 2019. The teaser gives us a glimpse of its sporty front grille, headlamps, LED DRLs (daytime running lights), bumper with tri-arrow pattern and silhouette. The Tata Hornbill micro SUV (codenamed – X445) is likely to feature boxy and more upright stance.

Based on the new-generation Impact Design 2.0 philosophy, the Tata Hornbill might also wear the signature ‘Humanity Line’ grille, pronounced wheel arches, large alloy wheels and a floating roofline. After the Tata Altroz premium hatchback, the Hornbill will be the company’s second product to be based on the Alfa (Agile, Light, Flexible and Advanced) platform.

Tata will also use the Alfa architecture for its future products including sedan, SUV and MPV. The company claims that its new architecture is compatible to multiple body styles along with hybrid and electric powertrains. The carmaker is also working on a premium SUV – Tata Blackbird – that will also be based on the new Alfa platform. It will be stacked up against the Hyundai Creta and newly-launched Nissan Kicks.

In the company’s India product lineup, the Tata Hornbill mini SUV will sit below the Nexon. It will face challenge from the production-ready Maruti Suzuki Future S and Hyundai’s upcoming micro SUV. Reports suggest that the production version of the Hornbill might debut at the Delhi Auto Expo in February, 2020. Its India launch might happen in the second half of 2020.