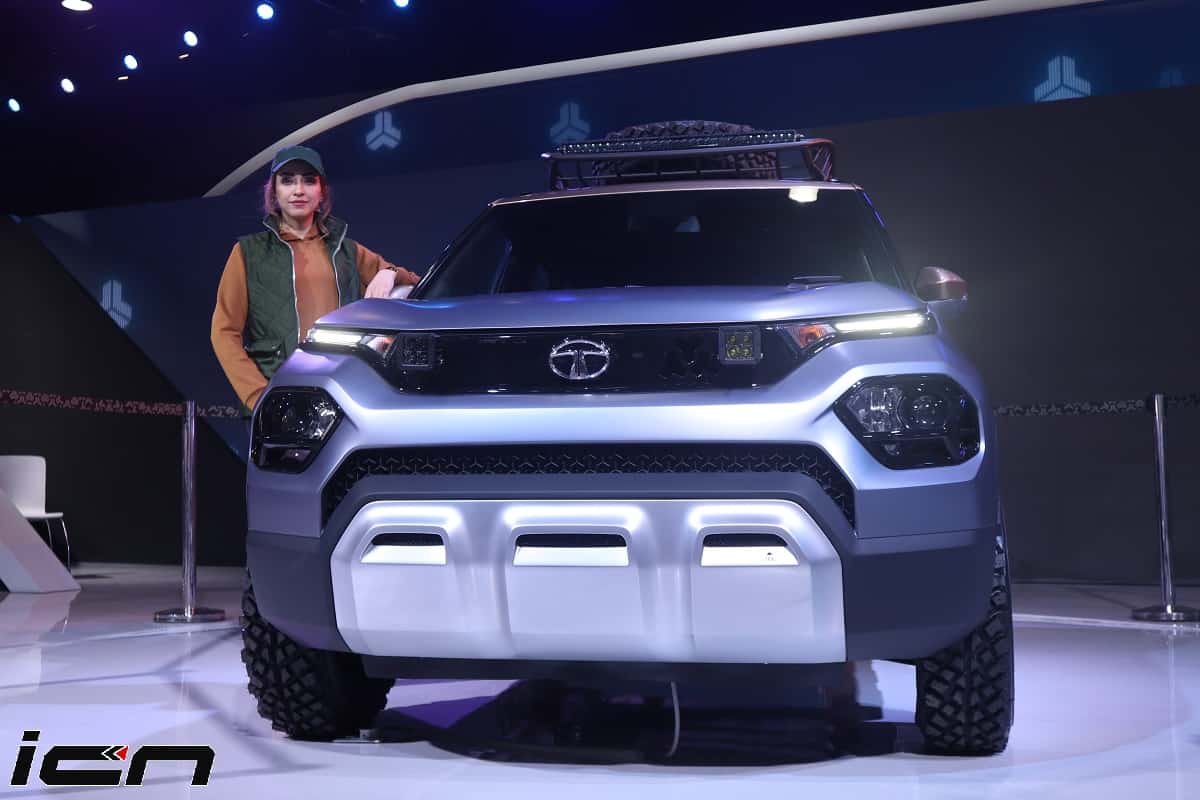 The long-awaited Tata HBX subcompact will be launched in the Indian market in the financial year 2021. The exact launch timeline is yet to be announced, but it is expected to go on sale by the end of this year – around October-November 2020. The HBX micro SUV concept was unveiled at the 2020 Auto Expo.

The company also confirmed that the Tata HBX concept showcased at the Auto Expo is 90 percent production-ready. This means that except for the over-sized tyres, roof-rack and some extra vibrant parts, rest of the HBX is production ready. Tata has also confirmed that the HBX is the smallest car, and the second model to be based on the ALFA modular platform, which also underpins the Altroz. Also See – Tata HBX – All Important Details

The HBX based micro SUV will be positioned below the Nexon compact SUV. The model has also been spotted testing wearing production body parts. In fact, the production version of the micro SUV looks similar to the concept model. Based on the Tata’s IMPACT 2.0 design language, the Tata HBX micro SUV gets split headlamps, flat bonnet, a stand-up ‘A’ pillar, plastic cladding on the doors and a prominent belt-line. Design of the front bumper and grille has been tweaked, and now looks more conventional.

At the back, the Tata HBX gets raked windscreen, a small roof-mounted spoiler, concept-like tailgate and compact tail-lights. Similar to the front, the tail-lights also gets LED elements in a tri-arrow pattern. On sides, the SUV gets conventional ORVMs with integrated turn indicators.

The interior of the HBX concept was in production-form. The concept had the gold highlights, which is likely to be removed in the production model. It comes with flat-bottom steering wheel, a part-digital 7.0-inch instrument console, automatic climate control, and a 7.0-inch free-standing infotainment system with Android Auto and Apple CarPlay. Similar to the Altroz, the production-spec HBX doors open 90 degrees for easy ingress and egress.

The Tata HBX will be offered with a single petrol engine option. It will be powered by a 1.2-litre, 3-cylinder Revotron petrol engine that also powers the Tiago and the Altroz. This engine is capable of producing 85bhp of power and 110Nm of torque. The company has already discontinued its 1.05-litre diesel engine.