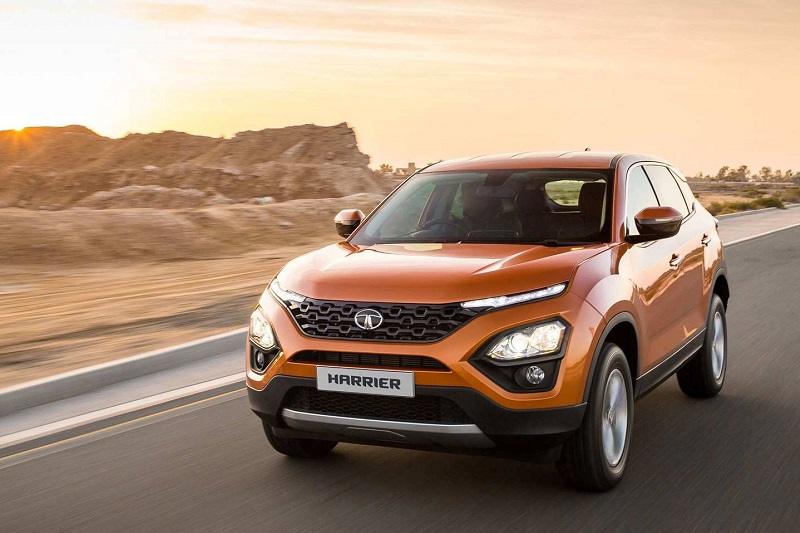 Tata Harrier has received 4 upgrades based on the customers and experts’ feedback.

According to an online forum, Tata Harrier has received some upgrades based on the feedback received from the customers and media. There are four updates including better sound insulation and NVH levels, optimized clutch, finely tuned steering and a new software R10.X update. The Harrier has been criticized for its noisy cabin. Now, the carmaker has done a special NVH tuning for improving its cabin insulation.

The 8.8-inch floating island infotainment system, which was reported to have some minor glitches, gets a new software update. The steering wheel has also been tuned for delivering better response and feel. The clutch effort has been optimized. 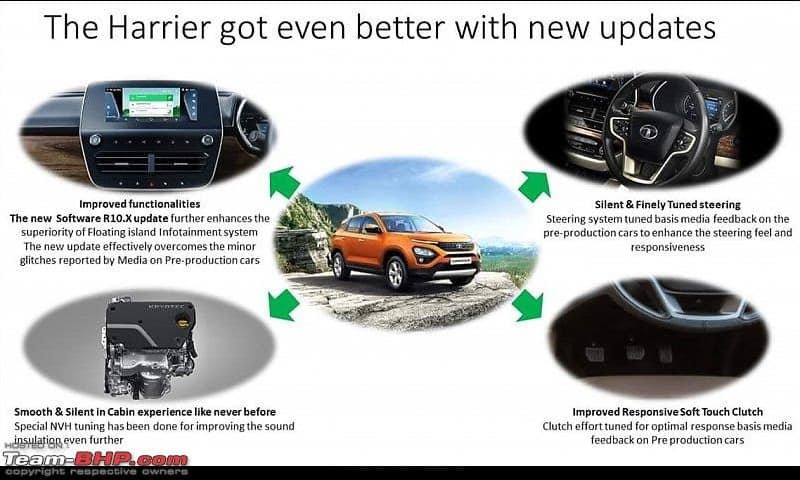 No other changes have been made to the car. The Tata Harrier comes with the 2.0-litre, four-cylinder diesel engine pushing power worth 140PS against 350Nm of torque. For performing transmission duties, the SUV has a 6-speed manual gearbox. The carmaker will introduce an automatic variant to the Harrier SUV lineup in coming months.

Reports suggest that the Tata Harrier will also receive a 1.6L petrol, 4-cylinder petrol engine that will be developed in-house. The new gasoline unit, which is essentially the bigger version of the 1.2L Revotron, could also be used in the Harrier 7-seater model (Tata Buzzard).

The Tata Buzzard made its global debut at the Geneva Motor Show in March, 2019. For the Indian market, the 7-seater SUV will carry a new nameplate. The production-ready version of the Buzzard is likely to make its first public appearance at the 2020 Delhi Auto Expo.