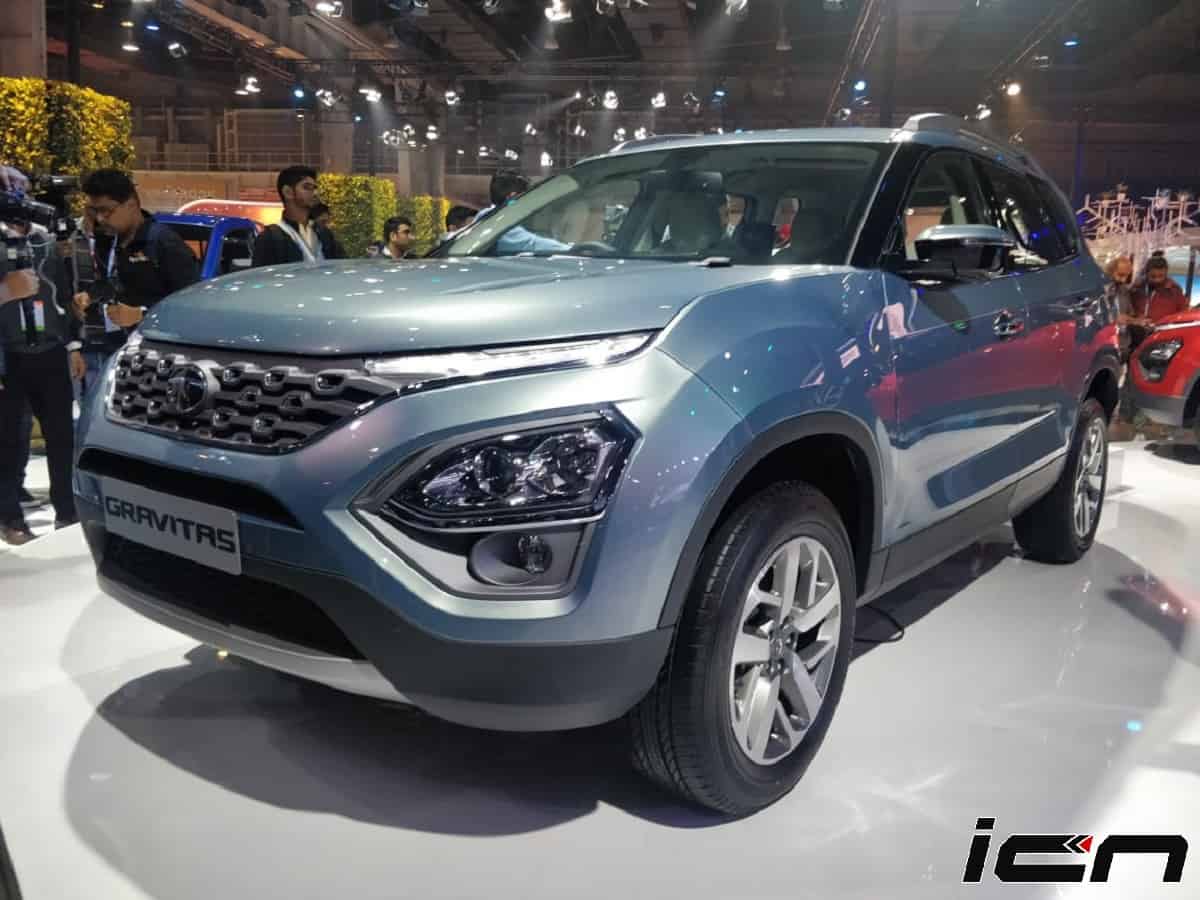 Tata Motors has begun testing the Gravitas 6/7-seater SUV post lockdown. A production-ready version of the vehicle was recently caught on camera on Chennai-Bengaluru highway. Unveiled at this year’s Auto Expo, the Gravitas will hit roads during festive season. Estimated to be priced from Rs 15 lakh, Tata’s new 7-seater SUV will put up against the Mahindra XUV500 and the upcoming MG Hector Plus.

Based on the Harrier’s Omega platform, the Tata Gravitas measures 4661mm in length, 1894mm in width and 1786mm in height. While its width is exactly similar to the Harrier, the overall length and height have been increased by 63mm and 80mm respectively. Most of its features and components are carried over from the Harrier including the steering wheel and dashboard design.

The 7-seater SUV will come with an 8.8-inch free-floating infotainment system that’s likely to support both Apple CarPlay and Android Auto. The 6-seater version will have captain seats in the middle row with a one-touch flip-and-flop mechanism. The 7-seater model, on the other hand, will offer bench-type second row of seats with adjustable headrest for all occupants. Read – Tata Motors to Launch 5 Cars Within 12 Months

Some of its key features will include a panoramic sunroof, push button start, auto-dimming IRVMs, electrically adjustable driver’s seat, cruise control and keyless entry. Unlike the Harrier, the Tata Gravitas will offer the electronic handbrake, auto hold and disc brakes on all wheels.

At the heart of the Tata Gravitas will be a BS6 2.0L diesel engine that’s good for 170bhp and 350Nm. It’s the same powertrain that does duty in the Harrier. The SUV can be had either with a 6-speed manual or a 6-speed torque convertor automatic gearbox. It will have Terrain Response System with three modes (Wet, Rough and Normal) and offer three driving modes (Eco, City and Sport).