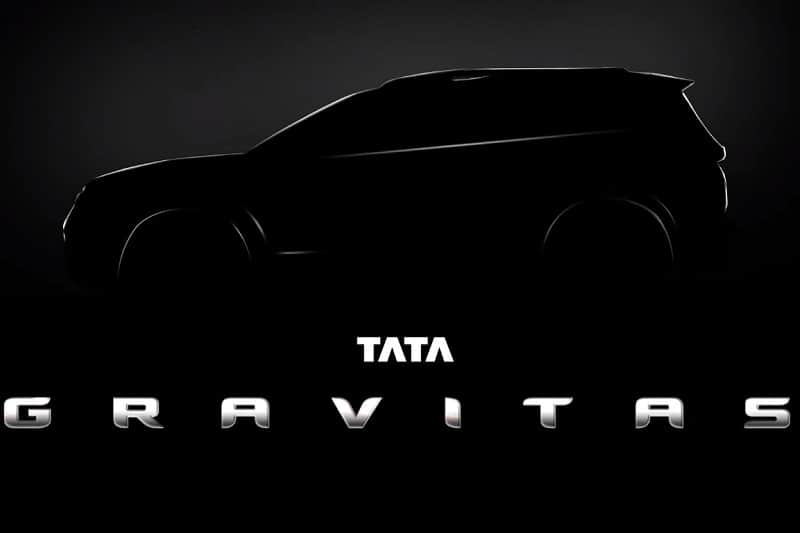 Tata Motors today confirmed that the 7-seater version of the Harrier will be called ‘Tata Gravitas’ in India. The company has released a teaser picture of the SUV revealing its silhouette.

The Gravitas will make its India debut at the 2020 Auto Expo that will begin from 7th February in Greater Noida. The launch is likely to happen at the biennial event.

The Tata Gravitas was first showcased as Tata Buzzard at the 2019 Geneva Motor Show. The new 7-seater SUV Tata will be offered with a 2.0L turbocharged Kryotec diesel engine that does duty in the Harrier. Though, it will be tuned for generating power worth 170bhp against 350Nm of torque. The SUV could be had either with a manual or an automatic gearbox. Read – Tata Buzzard Interior Details Revealed

In terms of design, the Tata Gravitas will share great resemblance to the Harrier. Though, it features newly-designed split headlamps and taillamps, a flatter roofline, larger 18-inch alloy wheels and a panoramic sunroof.

Dimensionally, the Tata Gravitas measures 4661mm in length, 1894mm in width and 1786mm in height. This makes it 63mm longer, 72mm wider and 80mm taller than the Harrier. The wheelbase, however, remains unchanged (2741mm). Read – 2020 Tata Nexon Facelift To Share Design With Nexon EV

Once launched, the Tata Gravitas will take on the cars like Mahindra XUV500 and the upcoming MG Hector 7-seater. Its prices are likely to start from Rs 15 lakh (ex-showroom).