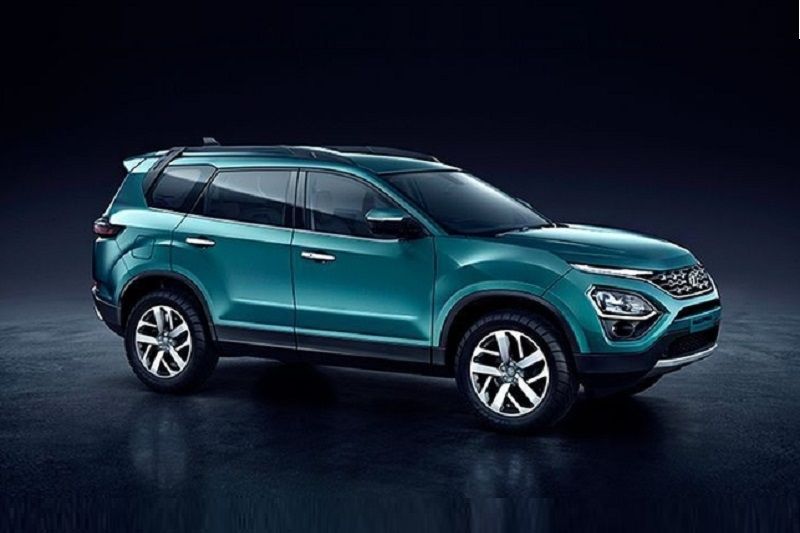 Tata Motors will unveil a range of new models at the upcoming 2020 Delhi Auto Expo. The lineup might include Altroz hatchback, Nexon facelift and its electric version, Tiago and Tigor facelifts, Harrier automatic and Buzzard 7-seater SUV. The carmaker will confirm its product lineup for the Auto Expo plan in coming months.

Ahead of its India debut, we have seen multiple spy pictures of the Tata Buzzard 7-seater SUV that’s likely to get a new name for the Indian market. Though, the latest spy pictures give a glimpse of its automatic version for the very first time.

Features such as a free-floating infotainment system with smartphone connectivity, steering wheel and dashboard layout will be borrowed from the Harrier. Dimensionally, the Tata Buzzard will be longer (63mm), wider (72mm) and taller (80mm) than the Harrier. The former will measure 4661mm in length, 1894mm in width and 1786mm in height with a wheelbase of 2741mm.

At the heart of the Tata Buzzard will be the Harrier’s 2.0L turbocharged Kryotec diesel engine. Though, it will be tuned for generating power around 170bhp with 350Nm. With the same powertrain, the Harrier delivers power worth 138bhp with 350Nm of torque. The new 7-seater SUV from Tata can be had either with a 6-speed manual transmission or a 6-speed automatic gearbox.