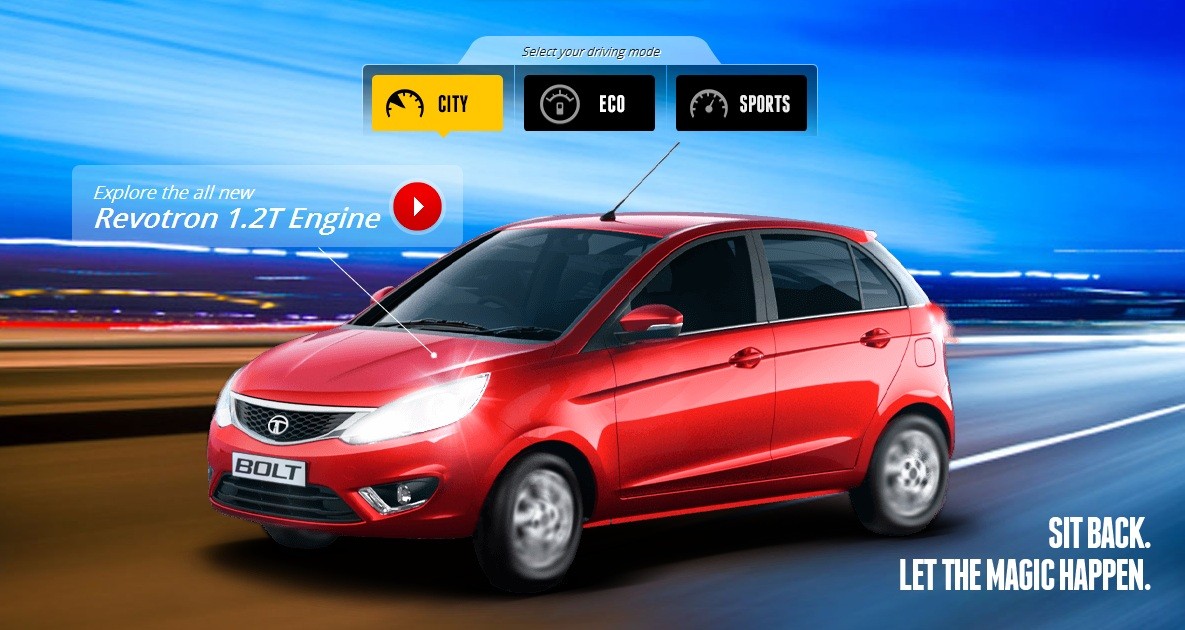 Tata Motors will launch the Bolt hatchback in India in September, 2014. The petrol version of the hatchback will be powered by the 1.2-litre Revotron turbocharged engine that produces 85PS and 140Nm of torque. Tata Motors have released an official image of the Bolt hatchback stating “Sit Back. Let the Magic Happen.” The image also state that the Revotron turbocharged engine will offer three driving modes- City, Eco and Sport.

Tata Motors will launch the Zest compact sedan in August. It will be the first diesel powered vehicle to feature the AMT (Automated Manual Transmission). It is also speculated that the company will also launch the Bolt with AMT. However, the company hasn’t confirmed the launch of Bolt AMT and continuously maintained silence.

It is expected that the petrol version of the Bolt hatchback might also feature the AMT gearbox as an option, while the five-speed manual gearbox will come as standard. If media reports are to be believed, the Bolt hatchback will be the cheapest diesel car to be equipped with AMT.