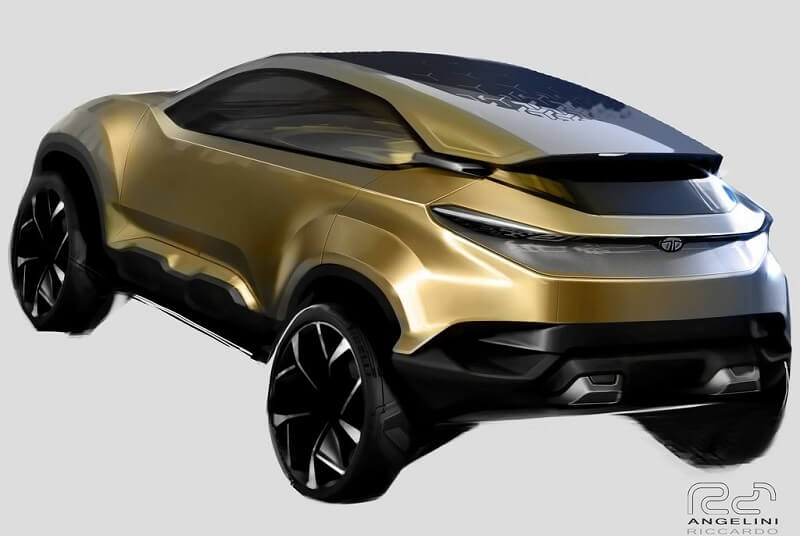 Tata Blackbird compact SUV will be based on the new ALFA modular platform.

Tata Motors is getting aggressive with its product strategy for the Indian market. After launching the Harrier SUV, Tata has lined up 4 products to be unveiled at the 2019 Geneva Motor Show. The company will showcase the production-ready Altroz premium hatchback, a 7-seater SUV likely to be called Buzzard, a micro SUV concept internally called the Hornbill and an all-electric concept. What’s interesting is that the homegrown automaker is also working on a 5-seater compact SUV, internally called Tata Blackbird that will sit between the Nexon and the Harrier SUV.

The Tata Blackbird SUV will directly rival the Hyundai Creta, Nissan Kicks and Renault Duster. While the Nexon sits below 4 meter, the Harrier is around 4.5 meters in length. There is a decent gap between the two SUVs in terms of pricing as well as size. Tata acknowledge this aspect and is now readying an all-new SUV that will measure around 4.2 meters in length. Interestingly, the Blackbird will be the first Tata SUV to be based on the new ALFA platform that also underpins the Altroz premium hatchback.

The company is yet to make an official announcement on the launch of the Blackbird mid-sized SUV. However, media reports claim that the SUV will go on sale in early 2021. A possible debut in the form of concept at the 2020 Auto Expo can’t be ignored.

To be based on the ALFA modular platform, the Tata Blackbird SUV is likely to be available in petrol and diesel guise. The SUV could receive the more powerful version of the 1.2-litre Revotron petrol engine that also powers the Nexon. This engine is likely to produce around 120bhp of power. The oil burner is likely to receive the upgraded version of the 1.5-litre engine that powers the Nexon. While powering the sub-4 meter model, this powertrain produces 110bhp and 260Nm of torque. The company is also considering the all-electric version of the SUV. Also See – Tata Hornbill micro SUV details inside

The Blackbird SUV will be based on the new ALFA platform that also underpins the Altroz premium hatchback. The styling will be based on the new IMPACT 2.0 DESIGN philosophy that debuted on the Harrier SUV. This model is expected to measure around 4.2 meter in length, which is right between the Nexon and Harrier. The SUV is expected to carry a bold but distinctive appearance. It is expected to come with several modern design elements and aggressive styling. Some of the design highlights are likely to include a slimmer grille with 3D Humanity line, bigger headlamps with LED DRLs, tri-arrow shaped fog lamps, slimmer tail-lights, pronounced wheel arches, sloping roofline and others.

The Tata Blackbird compact SUV will come with a high-tech interior with several modern features. In terms of features, the SUV is likely to get a large touchscreen infotainment system with Android Auto and Apple CarPlay support, a digital instrument console, leather upholstery, electrically adjustable seats, etc. For passengers’ safety and security, the Blackbird is likely to get dual front airbags, ABS with EBD, rear parking sensors and others as standard. The top-end models could get high-end safety features like traction control, ESP, hill launch assist, etc.