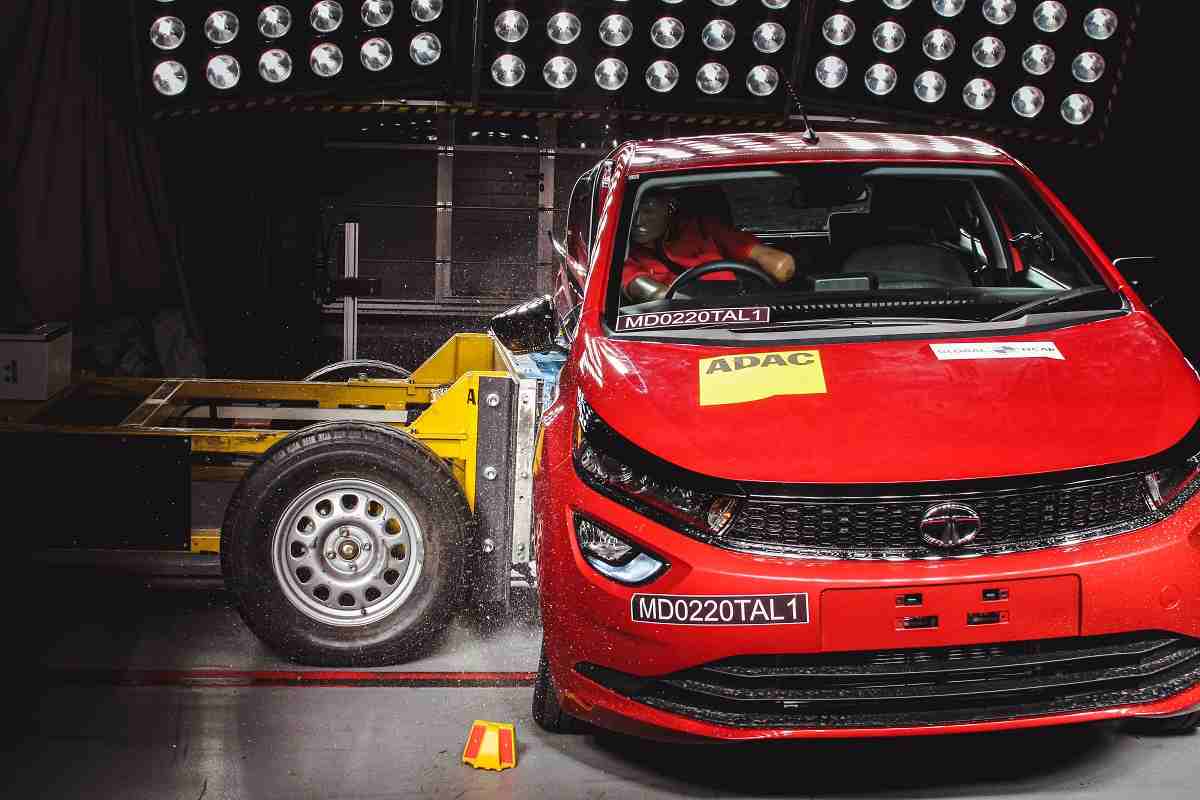 Tata Motors is all set to launch the much-awaited Altroz premium hatchback in the country on January 22, 2020. Ahead of the launch, great news for Tata Motors comes from the Global NCAP. The Tata Altroz has grabbed a 5-star rating at the Global New Car Assessment Programme (Global NCAP) crash tests. This is for the first time, a car has been crash tested by Global NCAP that’s not on sale in India.

The Tata Altroz also becomes the second made-in-India car to receive a full five star rating from Global NCAP, first being the Tata Nexon. The Altroz has secured an impressive 16.13 points out of 17 in adult occupant protection. For child occupancy, the Altroz secured 3 stars with 29 points out of 49.

According to the Global NCAP test report, the protection offered to the driver and passenger’s head and neck was found good. Adding to it, the car provides adequate protection to driver and passenger’s chest during collision. Front occupants knees showed good protection. The bodyshell of the Tata Altroz was rated as stable, and it was capable of withstanding further loadings. Footwell area was rated as stable. Also See – Tata Nexon – India’s 1st Car to Score 5 start global NCAP rating

The crash tested Tata Altroz was equipped with standard safety features like dual front airbags, ABS with EBD and corner stability control, speed alert system, seatbelt reminder and ISOFIX anchorages. Based on the new ALFA platform, the Tata Altroz will be offered with 2 BSVI compliant engines – an 86bhp, 1.2L petrol and a 90bhp, 1.5-litre diesel. Power is transmitted to the front wheels via a 5-speed manual gearbox.