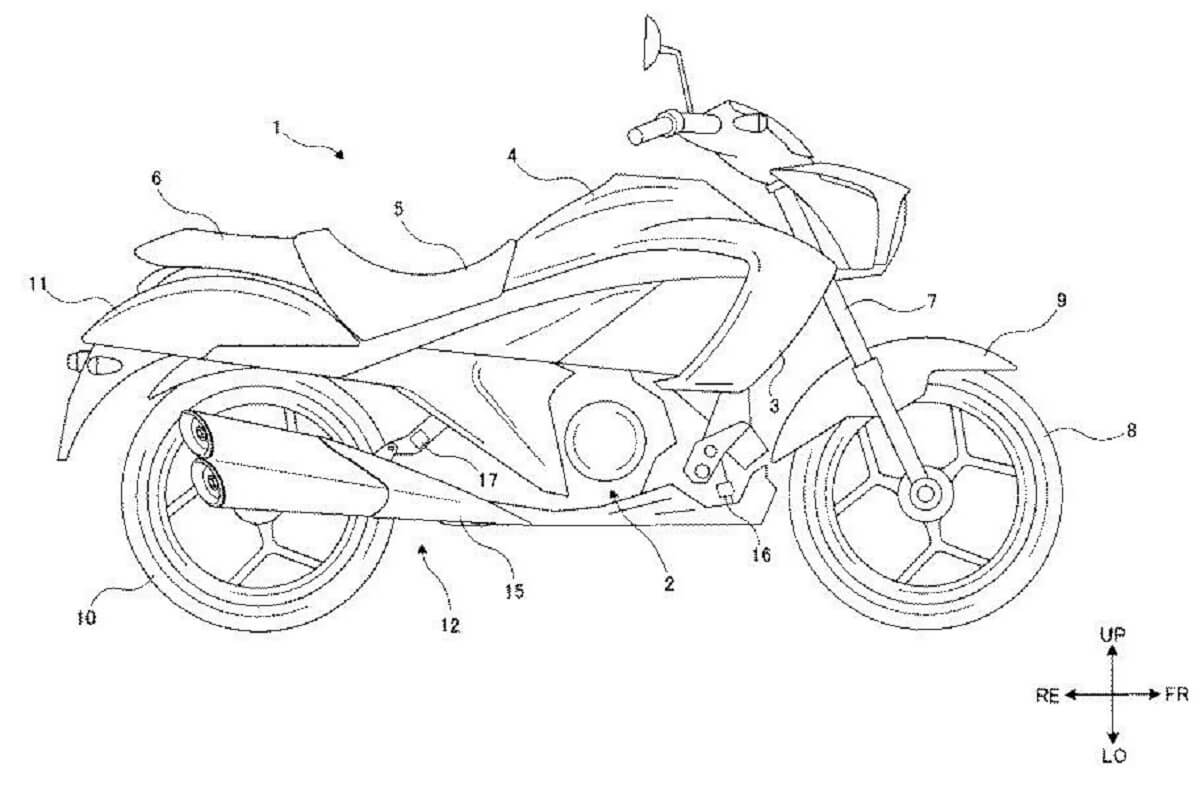 Japanese two-wheeler automaker, Suzuki is working on an all-new Intruder 250cc cruiser motorcycle. The patent images of the upcoming Suzuki Intruder 250 have been leaked on the Internet, which also reveals the exhaust system.

Suzuki had filed patent application of the upcoming Intruder 250 in November 2018. The new motorcycle will join the Suzuki’s Gixxer 250 range in India. The patent image reveals that the Suzuki Intruder 250cc version’s exhaust system comprises of a single header pipe with a catalytic convertor. Similar to the Intruder 155 BSVI, the 250cc cruiser gets a dual-barrel setup. It features a simple muffler design, which is different from the angular unit available in the smaller sibling.

The upcoming Suzuki Intruder 250 is expected to be powered by the same 249cc single-cylinder BSVI compliant engine that also powers the Gixxer 250 and the Gixxer SF 250. This fuel-injected engine churns out a maximum power output of 26.5PS at 9,300rpm and a peak torque of 22.2Nm at 7,300rpm. Power will be transmitted to the rear wheel via a 6-speed gearbox.

Suzuki engineers will likely to tune this engine to meet the needs of a cruiser motorcycle. This engine could offer higher torque and less power compared to the regular Gixxer range. The patent images also suggest that the design of the Suzuki Intruder 250 is likely to share styling cues from the 155cc model. Features like LED tail-lamp, LED DRLs and others will be sourced from the 155cc Intruder.

The exact launch timeline of the Suzuki Intruder 250 is yet to be announced. We believe that the new motorcycle could be launched in the end of 2020 or early 2021. Stay tuned to IndiaCarNews for more updates on the upcoming Intruder 250cc cruiser motorcycle.