The much-awaited Suzuki Intruder 150 cruiser bike has finally been launched in the Indian two-wheeler market today.  Available in just one variant – ABS equipped – the new cruiser bike is priced at Rs 98,340 (ex-showroom, Delhi), which according to us is good pricing. The new bike is part of the Japanese Two-wheeler maker’s commitment of launching two new bikes and scooter in the country per year. This motorcycle looks like a scaled-down version of the Intruder M1800, which is currently on sale in India. For people not in the know, the larger capacity Intruder is powered by 1800cc, V-Twin engine. 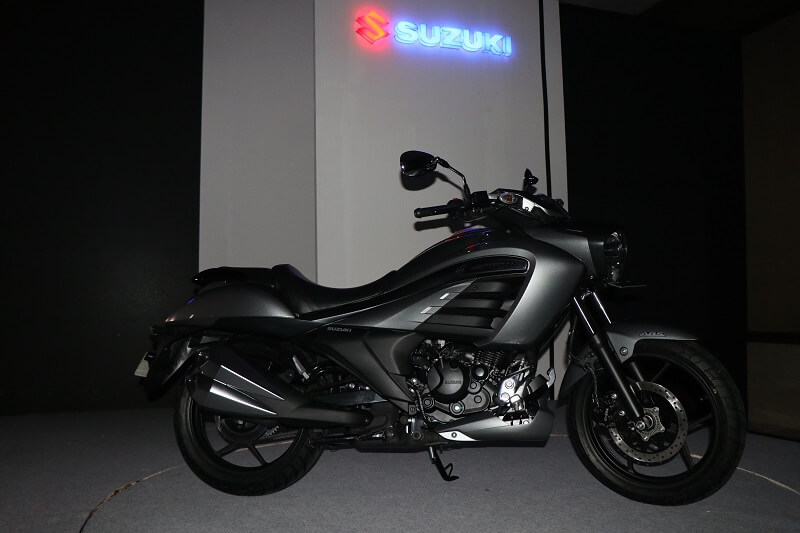 The new Suzuki Intruder 150 is equipped with a range of features and has been launched as a premium offering from the Japanese automaker. At an ex-showroom, Delhi price of Rs 98,340, the new motorcycle is costlier than its direct rival Bajaj Avenger 150, but if you are planning to buy the 220cc Avenger then it can be a great option. The reason we say this is because of the fact that it looks lot more premium features and has ABS as a standard fitment which kind of justifies its pricing.

This is the first entry-level cruiser motorcycle from the Japanese automaker in India. Sharing styling cues from bigger M1800 sibling, the new motorcycle could be a big hit for the company in the country. This cruiser motorcycle comes with a muscular look of a power cruiser, thanks to its flowing design and bigger shoulders and aggressive fuel tank with Intruder badging. It is loaded with several class leading features and has classic cruiser styling.

The muscular fuel tank has Intruder signature badging that adds to its sporty look. This low-capacity cruiser motorcycle is equipped with several high-end features such as LED headlight, LED taillights, twin chrome exhaust and single channel ABS (Anti-Lock Braking System). Bigger rear tyre (in comparison to the front one), low-riding height and extensions on either side of the fuel tank and twin-exhausts give the Intruder 150 a mean look. 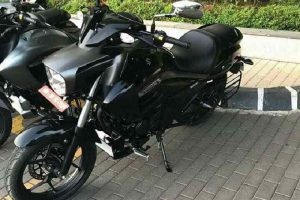 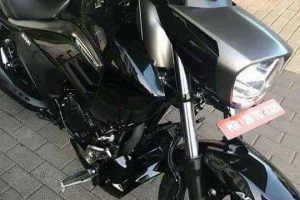 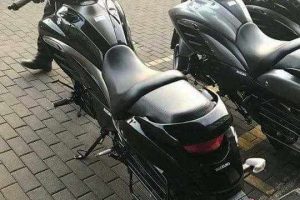 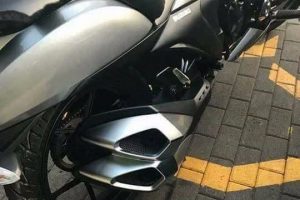 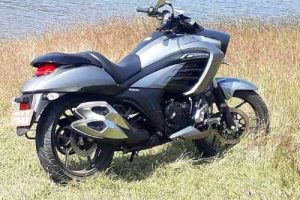 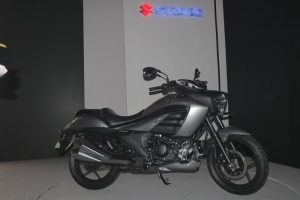 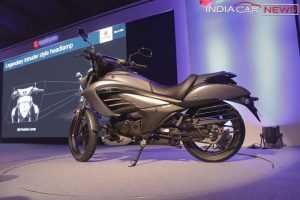 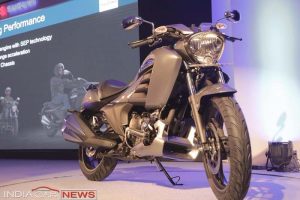 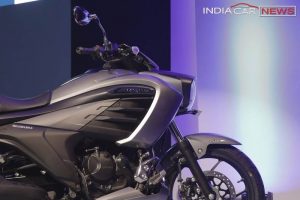 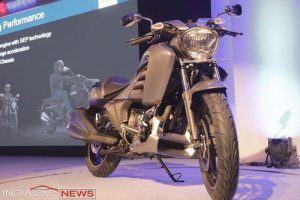 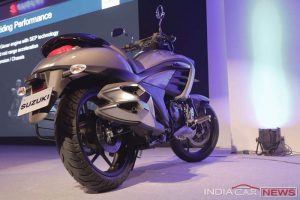 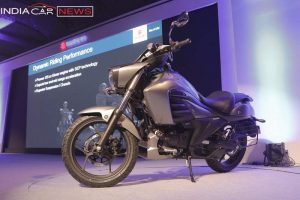 The new Suzuki Intruder 155cc bike also gets Suzuki’s floating instrument console and there is a small visor over the instrument cluster. The bigger rear fenders and a bucket-type rider seat give it an aggressive look. It gets wider rear tyres that give it a mean look, while the 740mm seat height offers better riding position. The motorcycle rides on 17-inch black alloy wheels. The motorcycle has a curb weight of 148khs and an 11-litre fuel tank. In order to achieve aggressive pricing, the bike could share some of its components from the Gixxer series.

With this motorcycle, Suzuki is trying to attract budget conscious bike buyers which are looking for a big-bike feel at a low cost. Also Read – 2017 Suzuki Gixxer & Gixxer SF With BSIV Engine Launched

The new Suzuki Intruder 150 cruiser motorcycle borrows engine from the Gixxer twin, which is a 154.9cc, single-cylinder, air-cooled, 4-stroke SOHC engine. On Gixxer, this powertrain produces 14.5bhp of maximum power at 8,000rpm along with a peak torque of 14Nm at 6,000rpm. Interestingly, the power output and torque figure in the cruiser is identical to the naked sibling. However, the engineers have calibrated this engine for better performance. In the cruiser, the peak torque is now available at 4,000rpm, whereas in the Gixxer is kicks in at 6,000rpm. This results into better low- and mid-range torque in the Intruder. Power is transmitted to the rear wheel via a 5-speed manual gearbox. For suspension duties, the bike comes equipped with conventional telescopic forks and a mono-shock at the front and rear respectively. This cruiser motorcycle gets disc brakes at both ends along with single-channel ABS system.

With higher torque, the 150cc motorcycle offers decent fuel efficiency on both city and highways. The cruiser delivers a claimed mileage of 44kmpl.

For suspension duties, the new Suzuki Intruder 150 bike gets 41mm telescopic forks upfront and monoshock at the rear. Braking system comprises of disc and drum at the front and rear, respectively. The top-end model will also get ABS (Anti-Lock Braking System). 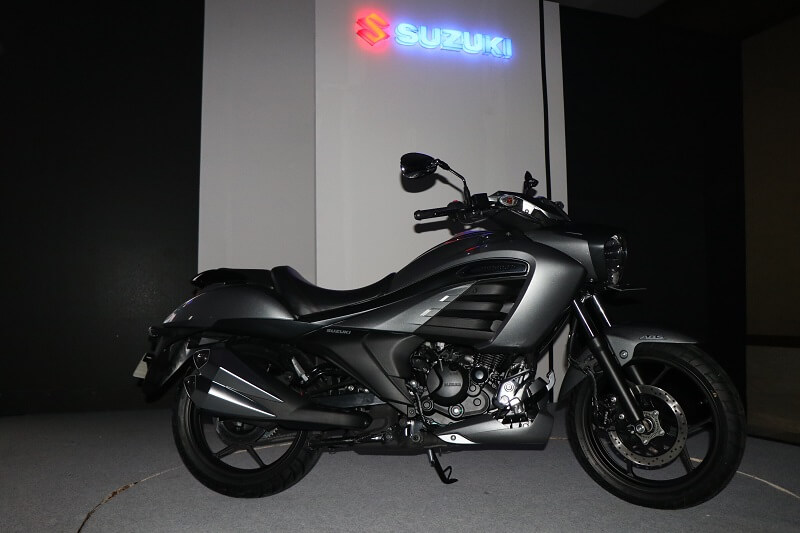