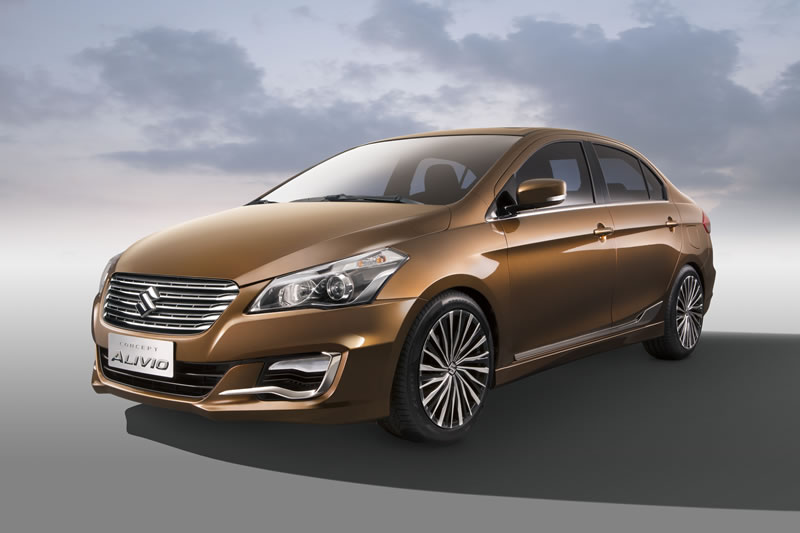 The vehicle shown at the Beijing Show looked closer to the production model; however, the interior of the car was not shown. The China-spec model will be offered in petrol version only while the Indian spec Ciaz will get both petrol and diesel fuel options. The Chinese model will be powered by the 1.6-litre 4-cylinder 16-valve petrol engine which is paired to a newly-developed 6-speed automatic transmission gearbox.

The Indian spec model will share its engine configuration with the Ertiga MPV that means a 1.4-litre K-Series petrol engine and the tried & trusted 1.3-litre diesel motor. The petrol engine will be paired to either five-speed manual or a CVT gearbox.

The Suzuki Ciaz aka Alivio is equipped with trapezoidal grille with chrome inserts that features Suzuki logo. The grille is flanked by large angular shaped projector headlamps offering sporty character to the sedan. The bumper sports wide air dams and a pair of fog lamps. The vehicle is equipped with 16-inch alloy wheels, push start/stop button, automatic AC with rear AC vents, ABS and EBD.