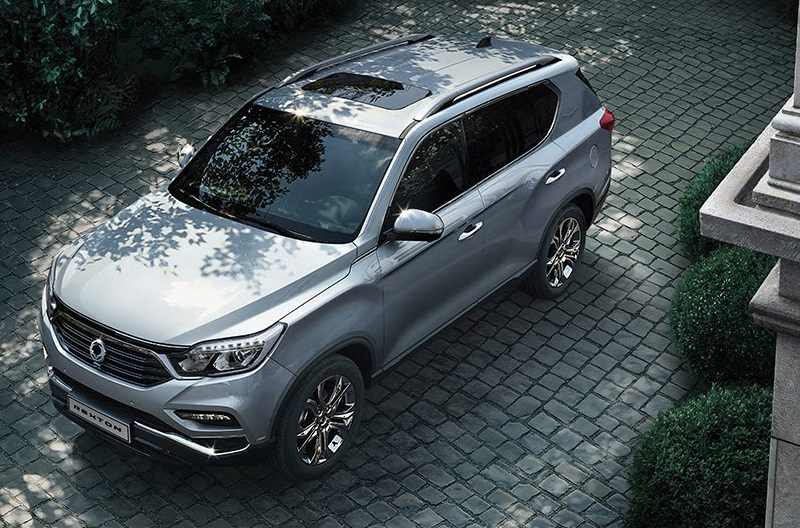 First spy pictures of the Ssangyong Rexton G4 facelift have been emerged on the web. The updated model of the SUV will feature minor cosmetic upgrades, while its engine setup will remain unchanged. Compared to the existing model (global-spec), the 2020 Ssagnyong Rexton will feature a larger and new honeycomb grille. The front bumper and headlamps will also be revised. Read – 4 New Mahindra SUVs To Debut At Auto Expo 2020

The side profile will look exactly similar to the current model. At the rear, the 2020 Ssangyong Rexton G4 facelift will get newly-designed taillamps, new bumper and revised tailgate. Interior details are still under the wraps. Though, it’s likely to receive an updated infotainment system. Material quality and fit and finish might also be classed up.

Globally, the current generation Ssangyong Rexton G4 was introduced in 2017. In India, the Rexton G4 is sold as Mahindra Alturas G4 that comes with a 2.2L diesel engine delivering 181bhp and 420Nm of torque. For transmission purpose, it gets a Mercedes-sourced 7-speed torque converter automatic gearbox. The carmaker has already started testing the BS6-compliant version of the Alturas that will go on sale before April 1, 2020.

Currently, the Mahindra Alturas is available in two variants – 4X2 and 4X4 – priced at Rs 27.70 lakh and Rs 30.70 lakh (ex-showroom, India) respectively. At this price, it takes directly on Toyota Fortuner, Ford Endeavour and Isuzu MUX.