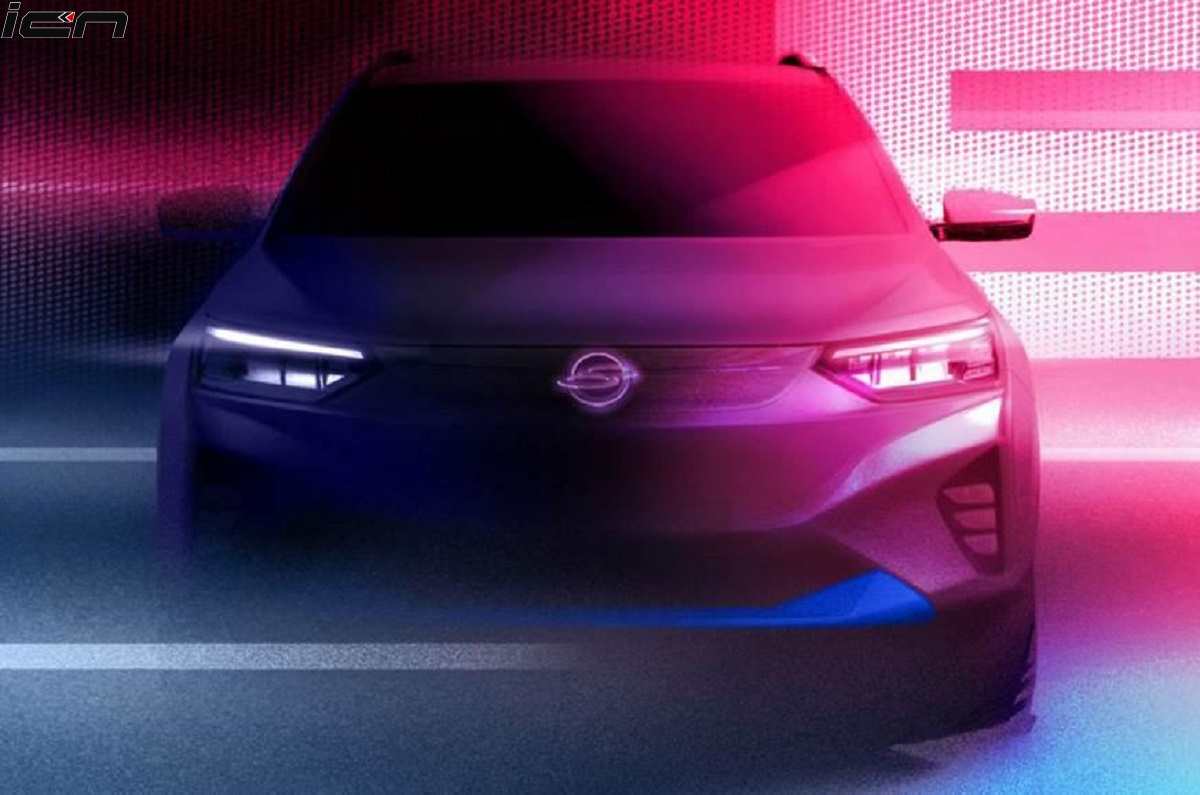 Mahindra-owned SsangYong has released a teaser image of the E100 electric SUV (Tivoli EV). The new model shares several equipment and features with the Mahindra eXUV300 electric SUV concept, which was unveiled at the 2020 Auto Expo. It is yet to be confirmed whether the E100 will be a sub-4 meter SUV or larger model.

The styling of the SsangYong E100 seems identical to the Mahindra eXUV300 concept. However, the electric concept gets revised closed grille, headlamps and fog lamps. The company hasn’t released the technical details of the E100 EV. It is expected that the new model could the Mahindra Electric Scalable and Modular Architecture (MESMA) platform, which underpins the eXUV300. The new model will be launched in the Korean market.

The SsangYong E100 electric SUV is likely to share the engine with the Mahindra eXUV300. It is expected to be equipped with a 350V electric powertrain. The SUV could receive a more powerful 380V engine, which will offer higher electric range. Similarly, the eXUV300 will come with two battery pack options.

The Mahindra eXUV300 SUV is scheduled to be launched in the country in 2021. It will be the first model to be based on the MESMA platform, which allows setting lithium-ion battery pack low into the floor for achieving a low centre of gravity and make maximum cabin space. The new electric SUV from Mahindra will come with the standard 40kWh and 60kWh long-range battery options. While the former will offer a range of over 370km, the long-range version will deliver a range of over 450km.