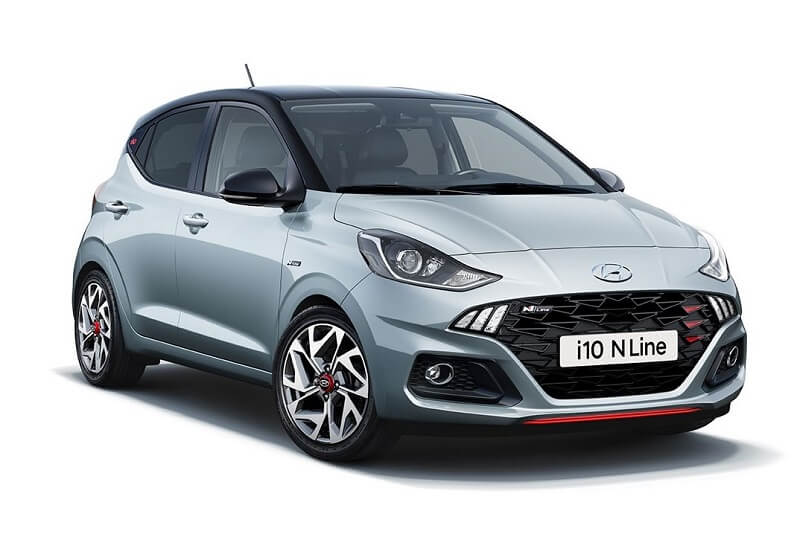 Hyundai had launched the all-new Grand i10 Nios hatchback in August, 2019. The new model sits between the Grand i10 and the Elite i20 hatchback. We reported earlier that Hyundai Grand i10 Nios could receive a performance oriented version. If media reports are to be believed, the sportier version of the i10 Nios will get a turbocharged petrol engine.

The turbocharged petrol engine to power the sportier i10 Nios will be the same powertrain that was introduced in the all-new Hyundai Venue earlier this year. Hyundai had revealed the i10 N Line at the 2019 Frankfurt Motor Show. It is expected that the sporty version of the i10 Nios will be launched in early 2020. It will receive subtle design changes and upgraded interior; however, the biggest change will be made under hood.

The current Grand i10 Nios is available with a 1.2-litre naturally aspirated petrol engine, which is good for 82bhp. The sportier version of the Hyundai Grand i10 Nios will receive a 1.0-litre 3-cylinder turbocharged petrol engine. While powering the Venue, this powertrain produces 118bhp of power and a peak torque of 172Nm.

For the Grand i10 Nios Sport model, Hyundai will retune the engine. In the international markets, this 1.0L powertrain is available in 2 states of tunes – 100bhp/172Nm and 118bhp/172Nm. It is expected that the i10 Nios will receive the 100bhp version. Power will be transmitted to the front wheels via a 5-speed manual gearbox. The sporty Hyundai i10 Nios will directly rival the Tata Tiago JTP, which is currently the most affordable hot hatch in India.