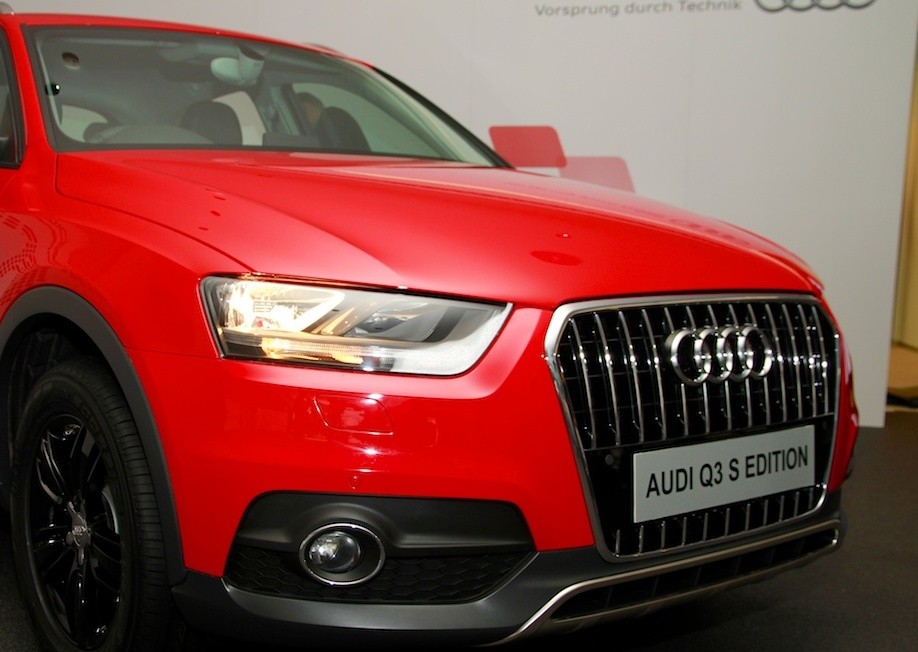 Audi seems very aggressive with its strategies for the growing Indian luxury market. The German marquee is playing smartly by launching products at low price than the competitors. Recently, the company launched the highly rated Audi A3 sedan in the country at an aggressive pricing of Rs. 22.95 lakh. Last year, Audi India had launched the price cut version of the diesel powered Q3 SUV at Rs. 24.99 lakh. This Q3 S base variant is basically a stripped down version of the standard SUV; however, the lower price tag attract many. [Also Read- Mercedes-Benz GLA Preview] Now, the company is aiming to launch a petrol powered base Q3 S version in the Indian market. This model will be the cheapest in its lineup as well as in league. The price cut petrol Q3 S has recently been spotted during its test rounds on Indian roads. Like the A3 sedan, this variant also expected to cut down the sales of luxury hatchbacks including Mercedes A-Class and BMW 1-Series. The Audi Q3 S petrol is likely to get de-tuned 2.0-litre TFSI motor to differentiate it from the standard variant. Moreover, the automatic gearbox is expected to be replaced by manual gearbox which sends the power to front wheels of the SUV instead of all-wheel drive available in current model.