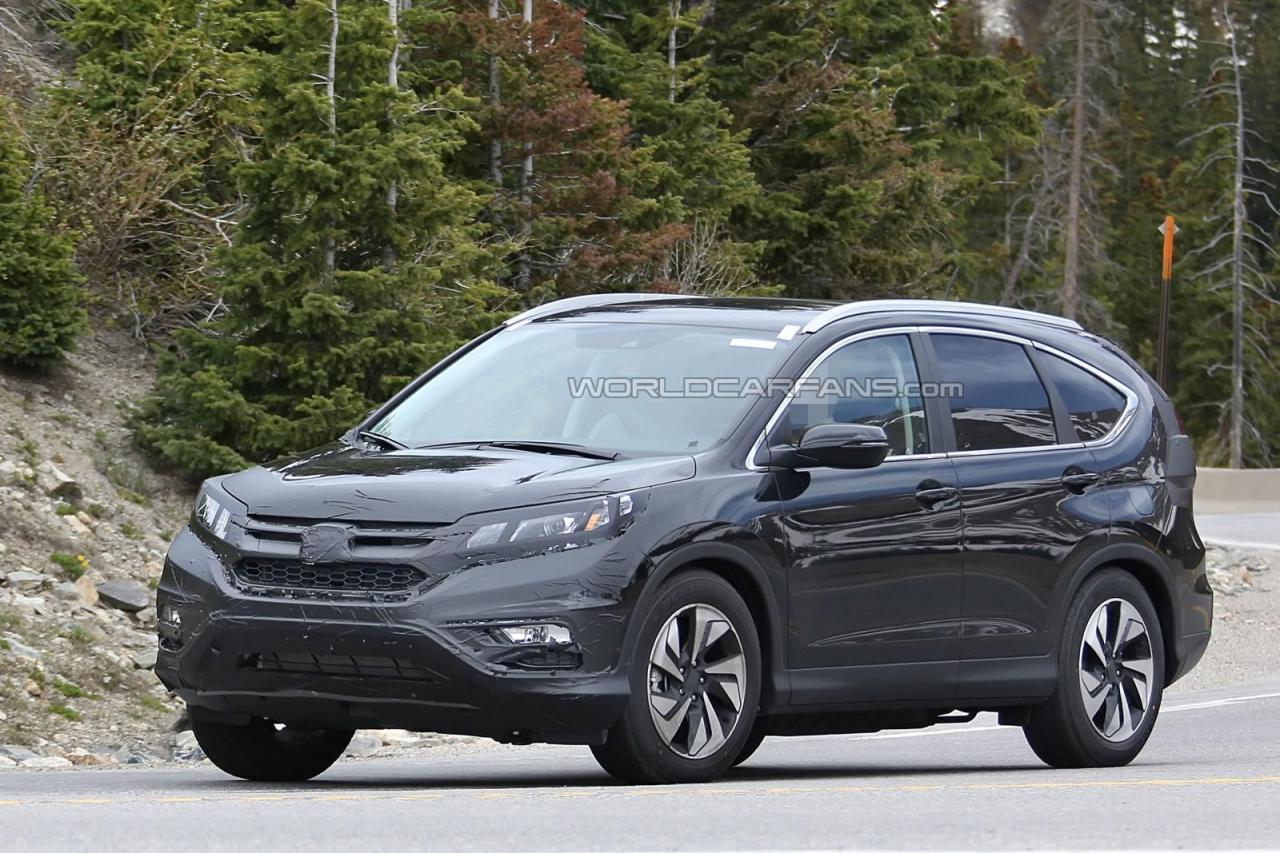 Japanese car manufacturer Honda is working on the CR-V facelift which is scheduled to go on sale by late 2015. The Honda CR-V facelift has been spotted undergoing testing for the first time in United States. Honda launched the updated CR-V in 2011, and it is all set to receive a makeover for the 2016. WorldCarFans managed to click the prototype wearing extensive camouflage during its test rounds on U.S. roads. Talking about the changes, the CR-V facelift will get restyled headlights, grille and a newly formulated bumper. The spy pictures reveal heavy camouflage at the back around the taillights, trunk door and the lower section of the bumper. Its side profile looks identical to the current model, while the interior cabin seen in the vehicle is not covered at all, indicating that it will remain unchanged. However, the company might add some more gizmos to play with. Mechanically, the 2016 Honda CR-V facelift will probably remain unchanged. The US spec model will continue to be powered by the 2.4-litre i-VTEC engine producing 185bhp and 221Nm. The European model will feature a 1.6-litre i-DTEC engine that produces 118bhp and 300Nm. A more powerful 2.2 i-DTEC engine that rated at 148bhp and 349Nm, while a smaller 2.0-litre i-VTEC engine outputting 148bhp and 192Nm will also on offer. Based on the mechanics, the customers will have an option to choose between front wheel drive layout or an AWD system.

The 2016 Honda CR-V will go on sale in US by mid-2015, while the European model will be launched by 2015 end. Media reports suggest that Honda is also considering the Honda CR-V diesel for the Indian car market; however, nothing has been confirmed on the same.