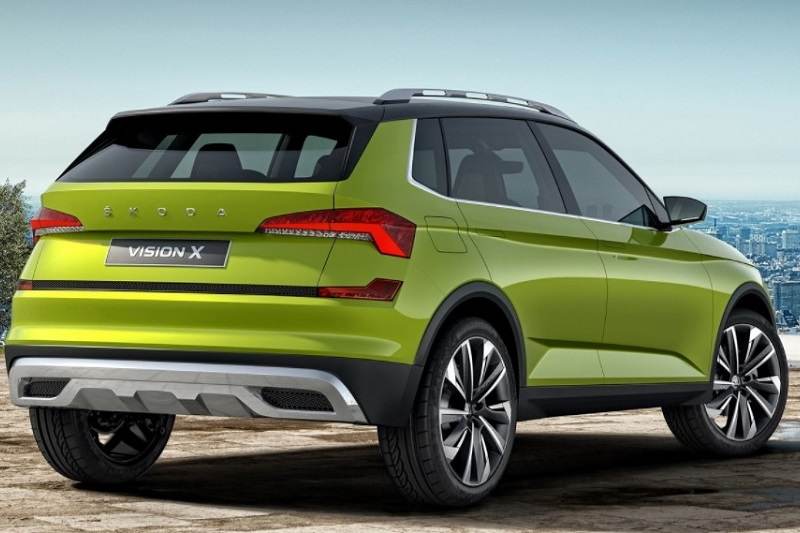 Production version of the Skoda Vision X is reported to debut at the 2019 Geneva Motor Show.

Skoda Vision X concept made its world debut at the recently-concluded 2018 Geneva Motor Show. While the reports suggest that the production version of the vehicle will make its first appearance next year in March, the interior details of the Europe-spec model have been emerged on the web. According to a fresh report, the production-ready model will stay close to the concept.

The dashboard design and 12.3-inch floating central display will be carried over from the concept. The SUV could be offered with a virtual instrument cluster and rear bucket seats. The former feature made its debut at the Skoda Karoq compact SUV. 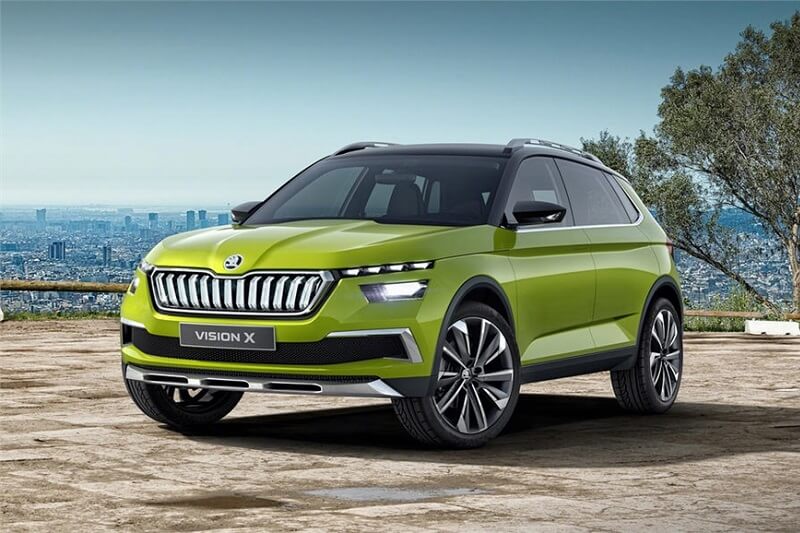 Unlike the concept, Skoda’s new Vision X-based SUV will miss out on some features such as a camera dorne and electric skateboards with two helmets. The SUV’s production-spec will underpin MQB A0 platform and is reported to have its world premiere at the 2019 Geneva Motor Show.

As of now, the company hasn’t announced the name of the vehicle. Speculations are on rife that it could be christened as ‘Skoda Polar’. Production of the Vision X-based SUV will take place at the carmaker’s Mlada Boleslav based facility in Czech Republic. Read About – Skoda Kodiaq 7-Seater SUV 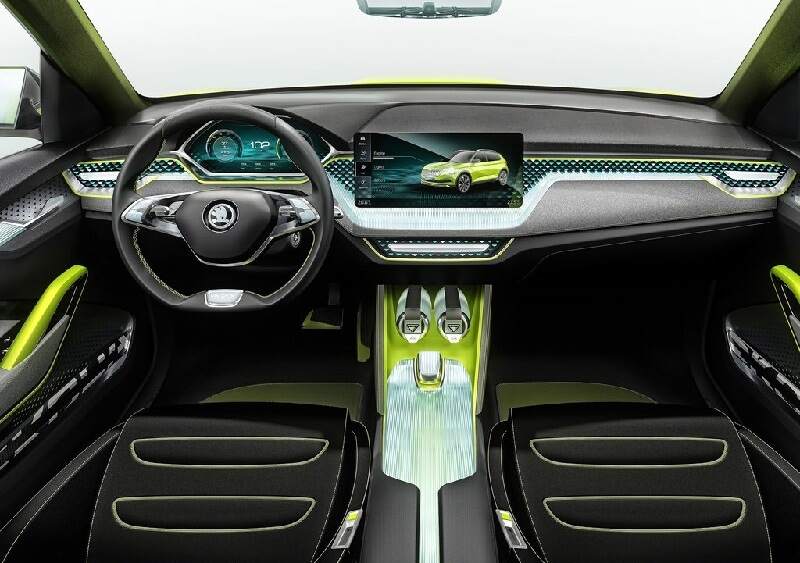 Skoda’s new SUV will also make its way to India. In the premium compact SUV space, it will be stacked up against the Hyundai Creta and Renault Duster. Besides launching the Vision X-based SUV, the Czech Republic carmaker is planning to bring in the Karoq compact SUV and new-generation Rapid sedan and Fabia hatchback models. The company is also considering a small car for the Indian market.