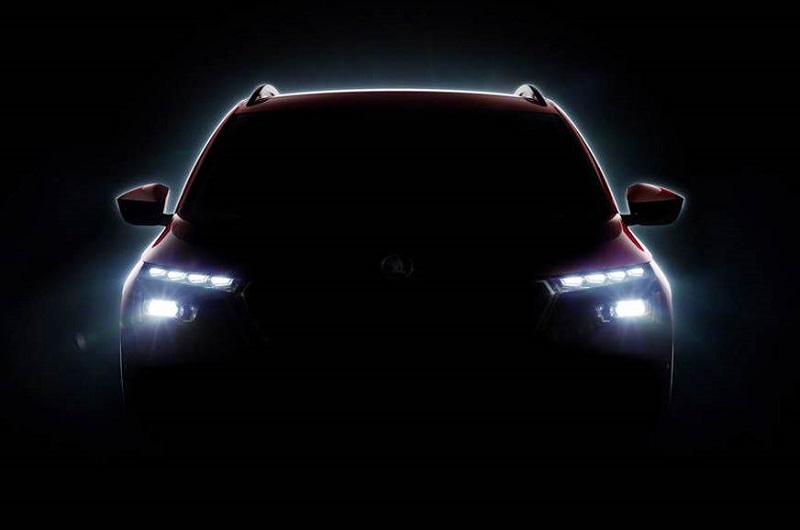 Czech automaker, Skoda has released the first teaser of its much-awaited upcoming SUV. The SUV is scheduled to make its global debut at the 2019 Geneva Motor Show in March. It will also make its way to Indian market in 2020.

The latest teaser shows the car in silhouette, which shows that the front design of the SUV is different from the Karoq and Kodiaq SUVs. It gets LED Headlights and daytime running lights. Scheduled to be launched in the second half of 2019, the SUV shares design cues from the Vision X SUV concept unveiled at 2018 Geneva Motor Show.

It is built on the same VW Group’s MQB AO platform that also underpins the Seat Arona and Volkswagen T-Cross. It will be the brand’s smallest SUV and will be slotted below the Karoq. The Vision X concept was equipped with CNG-hybrid system, featuring a 1.5-litre, 4-cylinder turbocharged engine that runs on CNG. This powertrain churns out a maximum power output of 131bhp and a peak torque of 250Nm. This powertrain is supported by two electric motors; a belt-driven starter-generator that powers the front axle and a second 27bhp electric motor on the rear axle. It also offers 70NM of torque from standstill. 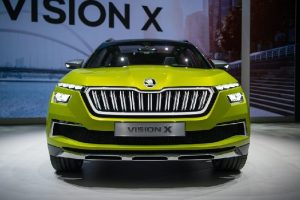 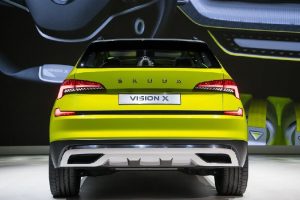 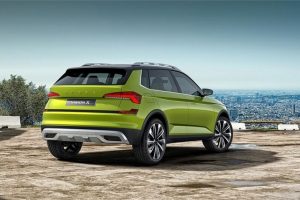 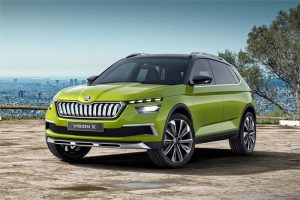 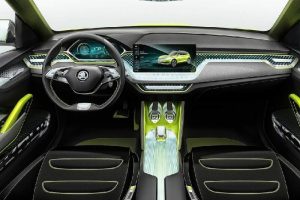 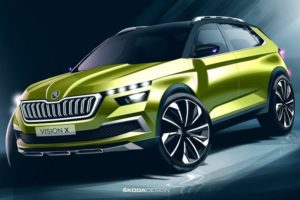 It comes with a front-wheel drive layout as standard. It also offers four-wheel drive system using the rear electric motor for acceleration or traction. The SUV can also run 2km in electric only rear-wheel drive. It can achieve 0-100kmph in just 9.3 seconds before hitting a top-speed of 200kmph. The electric motor is powered by a 48V, 1.5kWh lithium-ion battery. This system has already been tested in a converted Karoq. Also See – Skoda Karoq India Launch & Details

In terms of proportions, the Skoda Vision X is 4,250mm, 1,500mm and 1,800mm in length, width and height respectively. The new model sits on a longer wheelbase of 2,645mm, which translates into spacious cabin.

Skoda will launch the compact SUV in India in 2020. The India-spec model will be based on the heavily localised MQB AO IN platform that will also underpin the next-gen Rapid, VW T-Cross and next-gen Vento. The SUV will be powered by a 1.0-litre turbocharged petrol engine that will offer over 110bhp of power.